What Does 2020 Hold For The Forex Market? 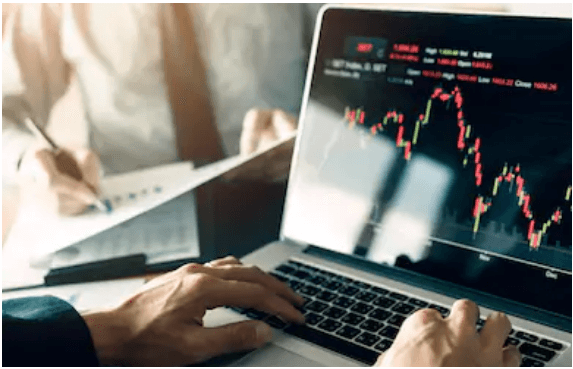 Forex trading has become more popular and accessible as the years go by but wth accessibility comes a set of brand-new challenges that the industry has to deal with. Forex markets have had a very turbulent year. The international scene has been challenging to forecast in a way that it hasn’t been in a while and the following year there is hope for more stability on the market. We are going into 2020 with some unresolved rivalries and possibilities for major shifts in the existing dynamics. But meanwhile, it is also a year where all these ongoing struggles finally come to an end. If you are unfamiliar with the forex market, or if you keep up with it regularly it’s important to map out, at least vaguely the turns and the possibilities that could affect the market. If you always wanted to get into forex trading this might be a good year to start since we’ve seen for the past few months that it is quite stable even despite the complications that arise in the international scene. Here’s a breakdown of all the major events to look out for that will have the most impact on the forex world.

While the forex industry keeps expanding and mostly this is a good thing, there are clearly some setbacks that follow. For example, as the forex market expands we’ve seen a lot of the fraudulent activity in various countries take over the market and ruin people’s lives. It is tempting to assume that the more you open up your market for forex brokers the easier it will be to get the thing going and to make industry profitable but the reality is that even the most secure systems sometimes fall victim to the fraudulent brokers. This is why the need for trustworthy brokers review websites has become so strong.  But during 2019 we saw active changes happening in this direction aimed at eliminating this sort of criminal activity. In 2020 there will likely be a huge crackdown on these illicit brokers and we will see the promotion of more dependable ones instead. The government and regulatory bodies are growing tired of having to deal with forex scams on a regular basis and in 2020 we will hopefully see if not the end at least a major decrease in the number of these cases. The move towards more responsible trading practices will likely become more apparent and we will see the improvement that these changes cause the same year as well.

The U.S-China relationship will take a center stage

The world has been watching the US-China trade war with anticipation for a while. It’s been almost two years since the disagreement first started and it has gone on for much more than any of us ever expected in the beginning. The stock has fluctuated, as expected with it. We’ve seen a lot of tension in the east these years, not only in regards to the U.S but in Hong Kong as well. This has definitely affected the forex market but not as extensively as everyone anticipated. This year, while the negotiations are still happening, we’ve seen some hints and actual proof that the peace offering might be on the way.  Since we’ve seen a couple of similar instances for during the last year, where the two almost made up but ended up calling it quits before the peace agreement could be achieved, it reasonable to not have the expectations too high this time too, but the difference is that the whole world is tired of this tension, so are the participant of this disagreement. China has continuously expressed its willingness to collaborate as long as it is treated as an equal. If the U.S managed to get this point across during the following rounds of negotiations we might have a much more relaxed international setting where the forex trading can become more predictable.

Everyone is tired of hearing about it, but hopefully, 2020 will be the year when this topic finally has a definitive end. The Brexit talks have been going on for so long that it has almost become a sort of a norm. It is hard to say whether or not Great Britain leaving European Union will cause a major stir in the market simply because of how strong the British pound managed to stay for the duration of this whole ordeal. It had its bad moments throughout the year but managed to bounce back each time. It no longer stands against the possibility that in case hard Brexit takes place the economy will crumble. Amid the nonstop negotiations and different polls, British points managed to come out of it stronger than anyone could have anticipated. But it can get unpredictable, so when Brexit finally takes place there might be some level of unpredictability still present. Somewhat similar to what has been happening with Australia. Amidst the devastating fire, the prediction was the Australian Dollar would fall drastically which never happened, the same could be the reality of the British pound, or it could be a completely different story. But as the event is so monumental it is bound to have an effect on the international forex market, even if it does not last long.

It will be an eventful year for forex based only on these predictions alone. Major changes are bound to take place this year and for now, it’s difficult to predict the exact outcome or even the timing of this event. But whatever form these changes come in they will eventually change the market for the better. The unresolved issues that have been plaguing the forex market and the overall international scene will be finally coming to an end in 2020. The massive changes like these always cause a stir but if the recent state of the forex market is any indication it will handle these changes without major shifts in the existing state.