What We Can Learn From These 3 Great Traders 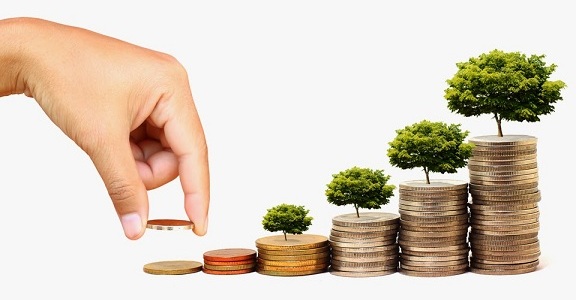 Trading is one of the most sought after skills in today’s world. It gives everyone an equal opportunity to grow and develop and increase their wealth by just developing this one skill. Some people are still very hesitant to get into trading for the fear of losing or it spinning out of control, which both could really happen. But the exciting thing about trading is that there is always a chance of a comeback and you can always try to increase your assets and get the most out of your investments. There are multiple inspirational stories of people growing their wealth to millions, starting from as little as $1000 and then becoming millionaires within years. But what some people don’t understand is that there is so much more to trading that that sheer luck and money. It is a skill that if you don’t have naturally will need some time to develop and bring in some additional income.

Nowadays it is as easy as never before to gain access to the financial markets or even get access XM no deposit bonus to start trading without even depositing your own funds. It is also possible to connect with professionals and start your trading journey but that’s not all there is to trading. It requires a lot of attention, intellectual insight, and understanding of the market, all quite vague concepts but the ones that are essential to any sort of trade you might want to get involved in. It is a great skill to have but one that requires dedication. Traders are usually praised for their deduction skills and their ability to take the emotion out of the business and trade precisely based on facts and predictions. The amount of people wanting to get into trading is consistency increasing every year and if you’re one of the people wanting to learn from the best of the best how to increase your trading skills then here’s a list of three of the most famous traders that made their wealth all through trading and perfecting the art of the industry.

Even if you don’t exactly know who Soros is there a big chance you have at least heard his name before.  George Soros first gained international fame in 1992. In September he bravely invested $10 billion and shorted the British pound from a single currency trade. These sorts of brave moves are what really makes the market so exciting and thrilling for most people. But Soros was definitely not like the most. According to different sources, through this trade, Soros made $1 billion profit right on the day of the trade, but some even claim that his gains exceeded $2 billion. Soros’s philosophy has always been that while everyone can make predictable moves and gain some profit, it takes the bravery to take the unlikely step in hopes of getting a huge win just like with the British Pound trade, which earned Soros as “the man who broke the Banks of England”. What we can learn from Soros is that you should develop the skill of observing the obvious but instead bet on the unexpected to make huge changes and give yourself a chance to grow quickly.

Livermore is one of the original giants of the trading industry and even wrote one of the first books on the subject titled “How to Trade in Stocks ‘. His approach is a little different from Soros’s as he promoted the more slow and steady approach to trading saying that you should only trade when everything is in your favor because you can not stay sane and more importantly rich by trading all the time. As Livermore puts it, taking a break from the market is essential for your financial and mental well being. This is the strategy that has now become one of the foundations for modern trading. Search the advice for the trading newbies and one of the first things you will see is that trading all the time absolutely does not mean that you will be more successful the same goes for the amount of the money you trade. What makes trading a profitable business is when you are in tune with the market and can make the right calls at the right time. Trading all the time increases your chances of getting something right as well as increasing your chances of getting something wrong too. And on the market, you rarely have the luxury of making mistakes freely.

Jones made a name for himself on black Monday in 1987, when he correctly predicted the biggest crash of the U.S market and tripled his asset in a single day, allegedly making around $100 million from this crash. While his colleagues were left with massive losses Jones bravery granted him the win and the legendary status among the famous traders. When jones talked about his approach to trading his main focus was always on keeping things professional and practicing resilience. When you decide to get into trading the most important thing you can teach yourself is how to prepare for losses and then come back stronger than ever. Jobs created an example of just that and stayed very active even after different challenges. He always kept coming back, which eventually led him to even greater success.