Is Ripple bullish or bearish? Many are asking us what to think of Ripple.

The short answer is very simple: as long as Ripple trades above $0.15 it is greatly bullish. That is because Ripple has created a long term base in the $0.15 to $0.22 range. Ripple’s price chart makes the point. Since the huge rally in May the price of Ripple has not gone below $0.15.

The bearish aspect on this chart, however, is the series of lower highs. There are 4 peaks on this chart that stand out: one in May, two in June, one in August. They form a falling pattern, that is certainly not a good thing.

It is just a month ago that we observed a potential breakout on Ripple’s chart, see chart annotations in this article Why The Price Of Ripple Will Rise Above 0.50 USD In 2017.

This is what we wrote:

When Ripple’s price almost doubled overnight, last week, it was the first sign of a new potential upleg. What caught our attention on Ripple’s chart is that it rose sharply, but, more importantly, came down only to test what is called its breakout point, which is the point it crossed once it rose over its falling trendline (the black falling line on below chart). The fact that Ripple stayed about that $0.21 level since then is extremely encouraging.

The breakout got invalidated in the meantime. Ripple continued its downtrend which started in June of this year.

We still believe that Ripple will be one of the outperformers in the cryptocurrency space. We are as convinced as we can be about that. It’s just that their service takes a long time until it gets adopted, as their customers are central banks and financial institutions which extremely slow decision processes and old legacy payment platforms. Eventually, Ripple will thrive if they continue on their current path.

Given the setup of cryptocurrencies we would not be surprised if a stiff correction would take place in the short term. However, we believe investors should stay focused on the medium to long term. Those are the tips and investing principles we describe in detail in our Blockchain Investing Research area which is accessible to subscribers for less than 2 USD per week. 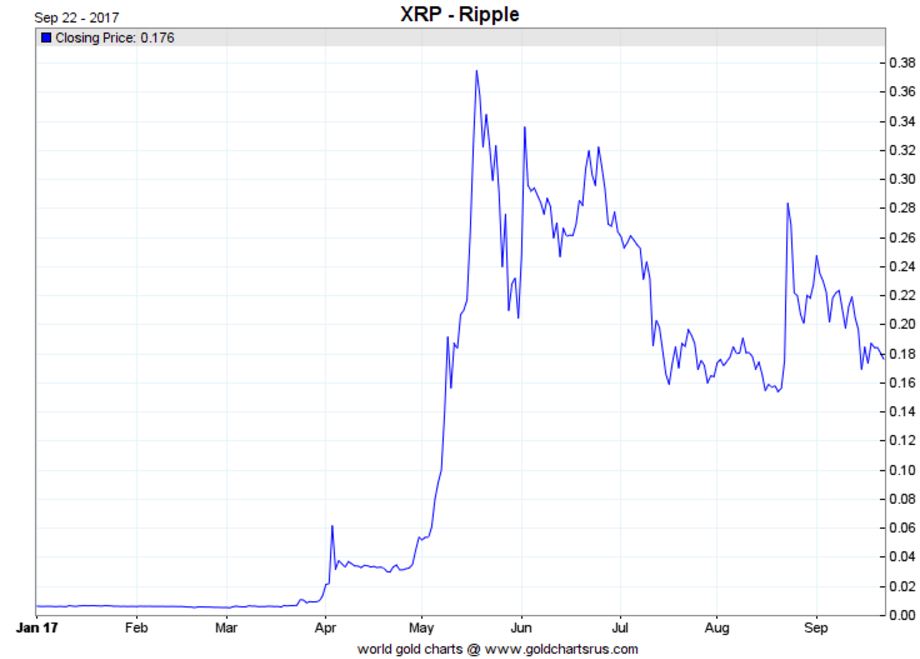