How Much Damage Has The Sell Off Created In The U.S. Stock Market?

The sell off this week is nasty, and brings up the question how severe its damage done already is. To answer that question, we look from several angles, and basically see a mixed picture. Honestly, this sell off cannot be ignored, but there are some constructive signs, certainly for the short to mid term.

First, the sharp decline is coming right after a formation of lower highs on the S&P 500 chart, as seen on the upper pane of the first chart. That definitely is NOT a constructive development, let’s be clear on that. What we observe, however, is a relatively high ‘highs vs. lows’ in the index, see the lower pane of the chart. Readers should compare this reading when the index was trading at a similar price back in August / September: the highs vs. lows were considerable lower at that point. That is encouraging for stock bulls. 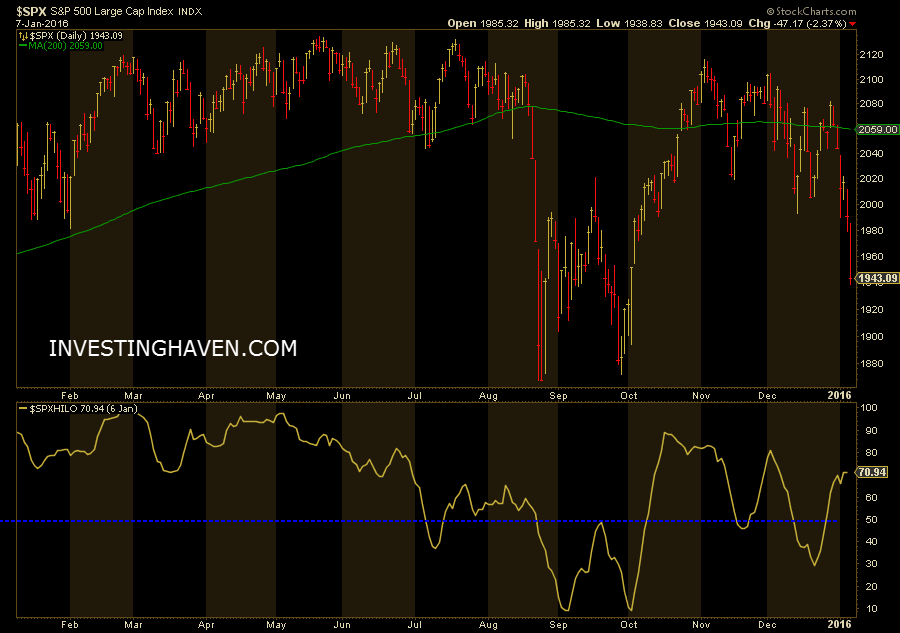 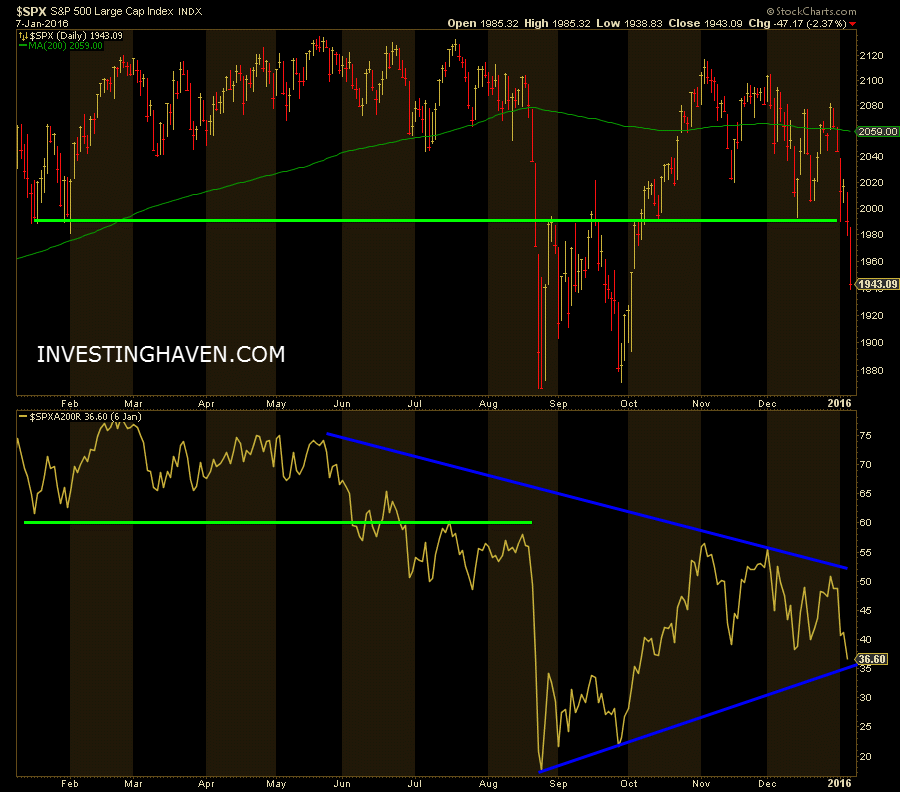 Third, the transportation index looks depressing, no positive sign to see here, apart from the fact that first support is very close at 3.5 pct. Major support comes in 18% below today’s reading.

Fourth, the bonds to stocks ratio is clearly at its resistance point, suggesting that the rally of bonds to stocks has run its course. In other words, stocks can go higher, and bonds can relax. As the triangle formation suggests, a major move is coming, but that is a couple of months away.

Last, Apple, still the bellwether of the U.S. stock market, is very close to major support, kicking in some 3 pct below today’s price level.

While the sell off is significant, most of our indicators are showing selling exhaustion. The transportation index, though, is sending a serious signal about the health of the economy.