How Panic In Crude Oil Is Driving The Sell Off In Stocks. Where Will It Stop?

Given the panic that ensued in stock markets over the last couple of weeks, analysts and commentators have a tendency to ‘explain’ why markets sell off. Crude oil is one of the many ‘reasons’ that are brought up. According to our analysis, however, crude oil is THE driver for sell off in stocks. The first chart below shows the correlation between panic in crude oil, and associated sell offs in stocks.

The lower pane of the first chart shows the rate of change of crude oil. We have drawn a red line which coincides with a 10% decline in a matter of 12 trading days. As clearly seen, each time crude is selling off to the level of at least 10% in 12 days, panic arises in stocks as well, as indicated with the red rectangles. 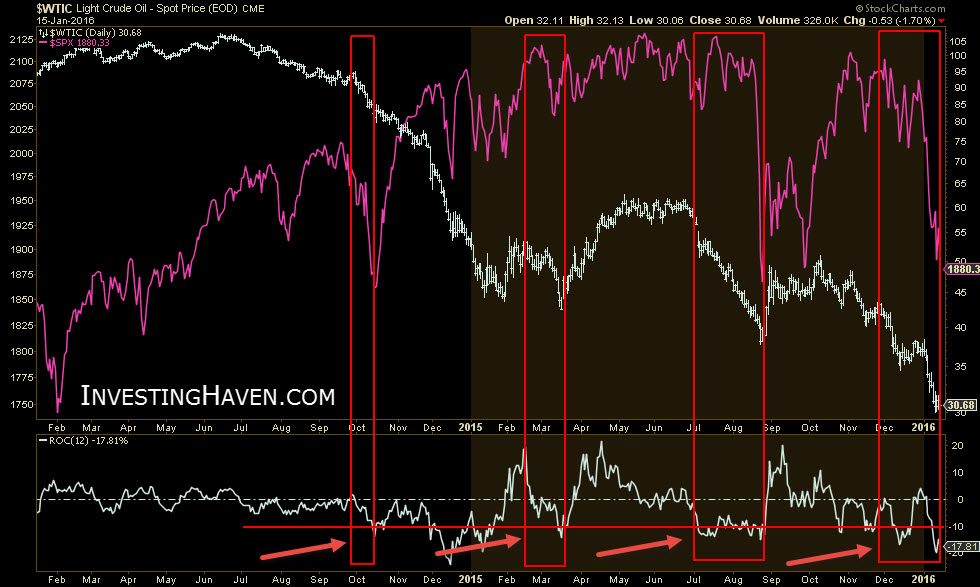 So the key question, in our view, is when crude oil will stop falling, as that is helpful in understanding when stocks will stop their decline. We revise 3 charts to that end.

First, the crude oil price chart shows a secular support area between 30 and 40 USD per barrel. Right now, crude is testing the bottom of that area. Will that hold, or is capitulation still in the cards? We believe capitulation is unfolding right now, so chances are high that the worst is over.

Second, optimism index has fallen to the lowest level in 3 decades. Only two occurrences were similar, i.e. the ones in 1998 and 2002. 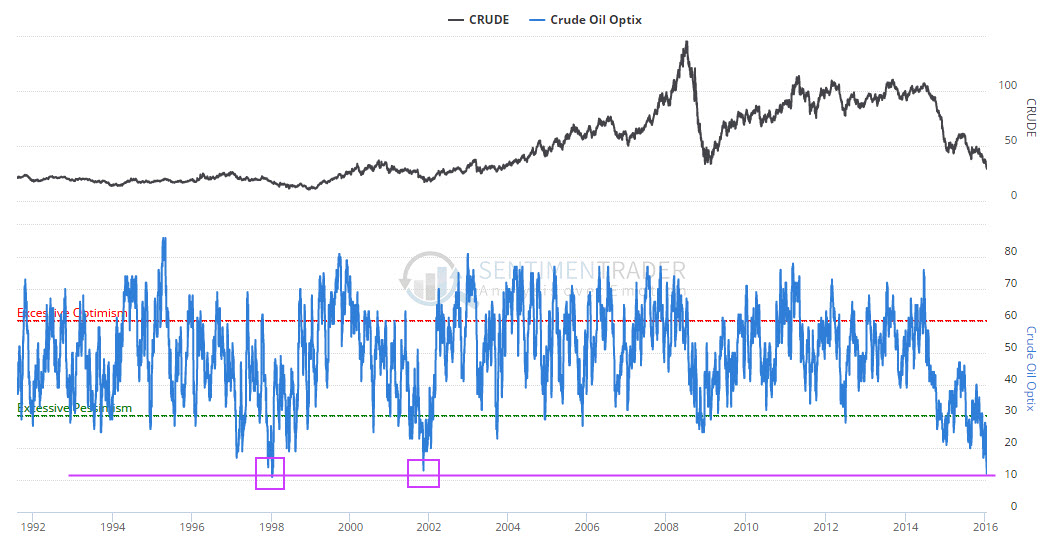 Third, crude’s deviation from its 90 week moving average has only been once as large is it today, i.e. during the depths of the 2009 crash, as seen on the second pane of the next chart. 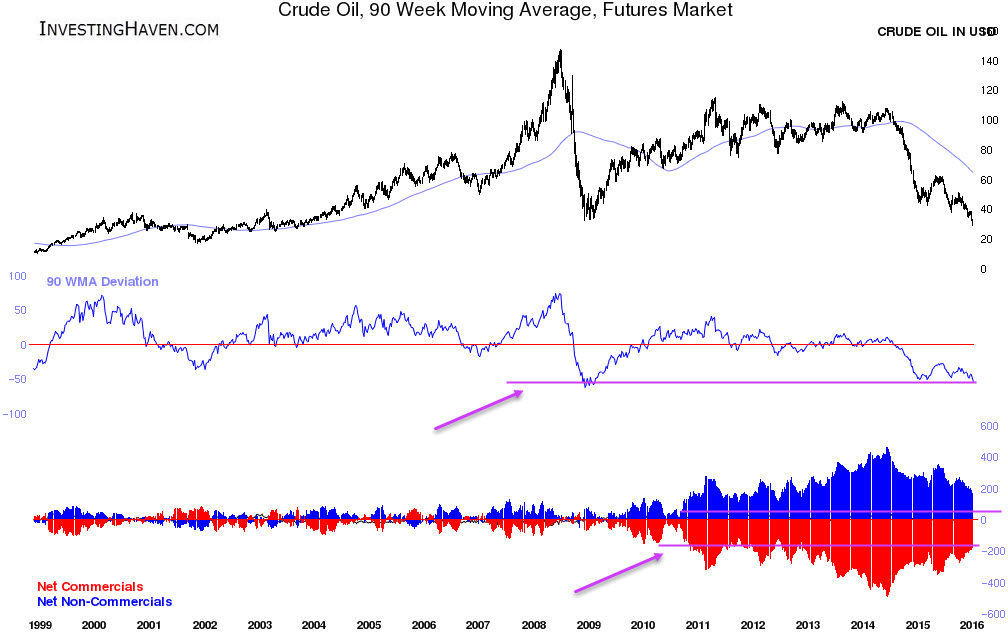