What’s So Interesting About Investing In Gold? 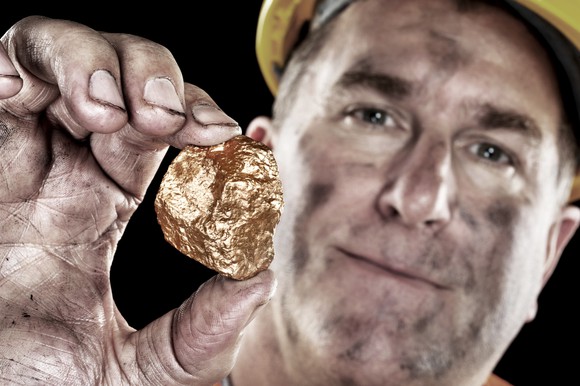 Of all the precious metals, gold comes with a richer and longer history. Discovered in 40,000 BC and reputed as the most solid and reliable metal to be traded in. It is one of the few things that has worldwide cultural significance. With such powerful credentials and so many eons as a commodity, one might imagine that investing in gold has evolved into a highly complicated activity over the years. Fortunately, the opposite is the case. Probably the best thing about investing in gold is that anyone can buy gold. It is accessible everywhere – precious metal dealers, brokers, and banks all trade in it. You can even invest in gold with EverFX!

These are the points I will cover in this article:

This is the most elementary way to invest in gold: buying the actual physical gold item: gold sovereigns, bullion coins, gold coins, or gold bars. These have the disadvantage of requiring storage, however – not much storage. Having a high price means fewer ounces of gold can be purchased, requiring less storage space. The great benefit is that as a long-term investment, it’s hard to beat gold. Its prices have been holding steady for years, and lately – thanks to political interests – the prices of gold have started to soar, with great predictions for the near future.

A gold bullion bar can start at a quarter-ounce, and get as heavy as 400 oz, and thanks to its shape, makes a great investment storage-wise. Most new investors prefer to trade in coins, however. These are not the coins one might use in the grocery store. These coins are priced based on their gold content.

Gold ETFs are mutual funds and exchange-traded funds that invest in physical gold (mainly gold bullion), or in gold bullion as well as gold stocks. That means the investor does not have the actual physical gold, and the investment depends on the reliability of the fund, but it is a more cost-effective and more liquid way to invest in gold. Of course, this also requires no available storage on the investor’s end and no added cost for insurance and transport fees.

What it does provide the investor is a diversified portfolio that emulates the movements of gold and enables the investor to trade it just as they might trade in physical gold.

A seasoned investor might recognize this as a less risky way of investing in gold. An investment in futures contracts gives the investor the right – not the imperative – to conduct a transaction (buy or sell) at a specific price for a specific duration. It sets the price and the actual price of the asset (in this case – gold) at the time of the transaction does not influence the price used in the transaction. That way, the biggest loss can be the cost of the option, which is a negligible amount by comparison.

Now we know how gold is traded, we can get down to the nitty-gritty. What’s been happening in the world of gold, and what does it mean? As you probably know, the world of precious metal trade is pretty stable in relation to other types of assets. That doesn’t mean – however – that there is no news. As reported on https://forexbrokerslist.co.za/ there were 2 large pieces of news in the past week that may interest the gold investing world.

First gold pour achieved at a new gold mine being developed in south-central Turkey. The mine titled Öksüt is being developed by Canadian based gold mining company Centerra Gold. Estimates have the mine at 28.2Mt of proven and probable reserves grading 1.3g/t Au and containing 1.2 million ounces (Moz) of gold. The works for this project started in 2009. 50% of the work was being conducted by Centerra Gold and 50% are by Stratex International. In 2011 Centerra purchased another 20% share of the project for 3$ million, and finally acquired the other 30% for 20$ million early in 2013. The project received all regulatory permits at the start of 2018 and construction started by March 2018.

Öksüt is Centerra’s third operational mine, giving them a third source for gold production. According to Scott Perry, Ceo and president of Centerra “This milestone would not have been achieved without the initial conviction and perseverance from the Centerra exploration team given that the Öksüt Mine, originally started as a greenfield exploration venture in 2009.”

Centerra also operates he Kumtor Mine in the Kyrgyz Republic and Mount Milligan Mine in British Columbia, Canada. Centerra recently received all the required permits to re-commence open-pit mining operations.

Toronto-based New Found Gold, which focuses mainly on the Queensway Gold project in Central Newfoundland, is about to be acquired by Mexican Gold. Mexican Gold is a mineral exploration and development company based in Canada, currently exploring the Las Minas Project in Veracruz, Mexico. They proposed to purchase New Found Gold in an all-stock transaction. New Found Gold shareholders will receive 88.4% of shares in the new company in exchange for their shares in New Found Gold. The other 11.6% to be held by the original shareholders in Mexican Gold. Both companies signed a binding letter agreement to this effect.

The  Queensway Gold Project has a resource of 236,391 tonnes grading 10.26 g/t Au containing 77,943 ounces Au contained. This data comes from a report by Noranda Exploration, which explored the asset in the 1980s. Having drilled the first hole in the Queensway Gold project, New Found gold found 92.86 g/t Au over 19m, including 285.2 g/t Au over 6.0 meters.

Mexican Gold CEO Philip O’Neill says: “The resulting company will be very well capitalized to further explore and undertake multiple drill campaigns on the Queensway Project. We will also be well funded to further advance our Las Minas project in Veracruz, Mexico.”

After being combined in a fundamental acquisition or a reverse takeover, the new company will be renamed Bonanza King Mining or some other name that will please regulatory entities. This will bring together 2 companies with a single asset each to create a new company with a diversified portfolio. Palisades Goldcorp holds is a common shareholder, with a 56% stake in New Found Gold and approximately 37% in Mexican Gold.

Newfound Gold CEO Denis Laviolette says: “This merger with Mexican Gold will provide us with a rapid path to a public listing, additional cash, and a very promising gold-copper asset that could provide us with great future optionality in stronger market conditions.”

The deal is yet to be finalized and is subject – among other things – to the execution of definitive documentation, approval from TSXV and approval of the shareholders of both companies.

The world of gold trade is big and dynamic. There is plenty of gold yet to be retrieved from this earth and this wealth of resources is the basis for creating new companies, merging existing ones, and overall growth and prosperity. With 3 possible ways to invest in gold and the accessibility of it, gold provides both a reliable long-term asset and a fantastic way to diversify your portfolio. The gold market is one with tremendous potential and fascinating developments.

A great way to add diversification to a portfolio with gold is by adding some bitcoin. Learn more about that in our story – Gold VS Bitcoin.

At EverFX we hope to see as many people as possible join the market and participate in this dynamic and exciting activity.

A great way to add diversification to a portfolio with gold is by adding some bitcoin. Learn more about that in our story – Gold vs Bitcoin.

At EverFX we hope to see as many people as possible join the market and participate in this dynamic and exciting activity.