by Taki Tsaklanos
in Crypto & Blockchain
0

Bitcoin price has been hovering in the 27k to 30k area since May started. This choppy price action came after Bitcoin’s price declined sharply in April. After covering how we managed that decline in our previous article, along with the importance of focusing on the bigger picture, today we want to share another big picture indicator for Bitcoin price. One that actually sets the tone for what is likely to outperform, Bitcoin or altcoins.

Our article today will cover Bitcoin dominance chart, zoom in to look into Bitcoin’s price action in May and how it could impact the performance of Altcoins.

What does the Bitcoin dominance chart tell us?

The second and just as important observation is the pattern annotated in the charts points to an imminent breakout. It could end up being a breakout or a breakdown but the levels are pretty clear. However, note the major Bullish divergence that could be indicating an upside breakout.

How does Bitcoin dominance Impact Altcoins?

Based on Bitcoin’s price action, Bitcoin dominance can breakout to the upside or Break down. Depending on the outcome, we could end up with one of these scenarios:

What does Bitcoin price action in the smaller time frames tell us?

Bitcoin’s price right now, similar to BTC’s dominance chart, is about to choose a direction. So Breakout or break down short term? Let’s zoom in on the 4 hours chart: 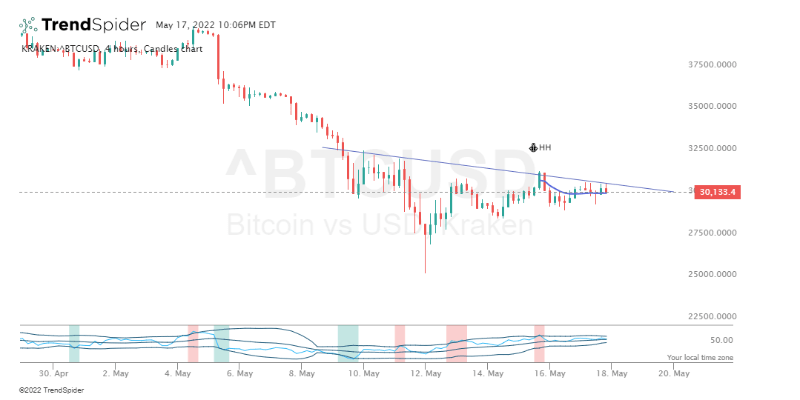 We can see a possible inverted head and shoulders that could lead to an upside breakout. However, the Daily setup is still pointing towards caution. We can clearly see a Bear flag so if the price drops and closes below 29k now, expect another leg down and lower support levels to be tested.

On the other hand, we are also seeing signs that Bitcoin could reverse here at least short term. We have a strong bottoming candle on the daily & session chart but 30k has to hold. If it does, we might see a pretty fast upwards move. 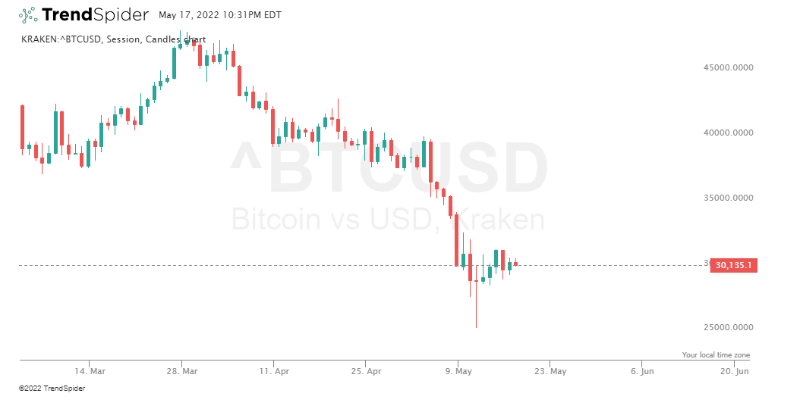 All in all, BTC’s dominance is setting up for a big move, likely to the upside but no confirmations yet. Same for Bitcoin’s price provided 30k holds.

Does This One Inflation Indicator Forecast A Lower Inflation Rate?

Bitcoin’s Bounce: Does It Have Legs Or Is A Re-Test Of The Lows Underway?