XRP 100-Fold Rise Underway? Ignore These ‘Through The Roof’ Signals ‘At Your Own Peril’. 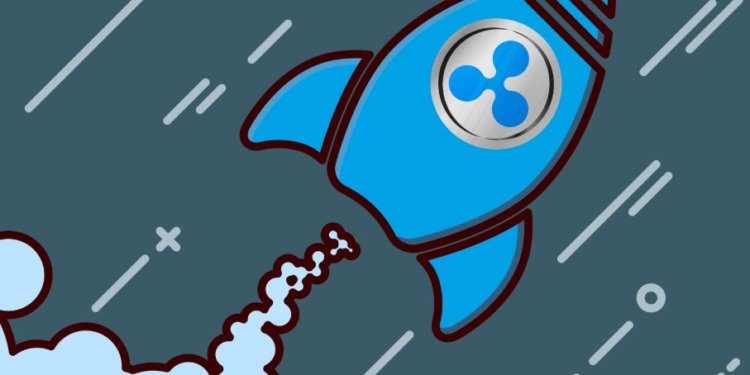 XRP adoption is probably the single most important driver of future XRP price. The million dollar question is: when exactly will this effect exactly kick in? Nobody knows, we are even not going to try to answer this question because it will be pure speculation. Again, nobody knows, and run away if you hear someone answering this question. There is no formula that can forecast at which point exactly adoption demand will lead the price over speculative demand. We even did not address this point, not in our XRP forecast nor in our crypto predictions. But one thing is becoming increasingly clear: it is a matter of ‘when’ this will happen, not ‘if’ this will happen. This article highlights signs of ‘through the roof’ XRP adoption based on facts and figures, not speculation nor opinion.

We have over and over again to premium subscribers in our cryptocurrency investing service, which is the first in the world of its kind:

Markets tend to overestimate the impact in the short term, but underestimate it in the long run. As institutional-grade infrastructure continues to be built, and real-world problems are increasingly solved using digital assets like XRP, the tipping point to critical-mass adoption is constantly moving closer.

Ripple took this idea one step further. Their adoption analysis suggests that the acceleration phase just got started. What this means is that the tipping point for critical mass adoption is underway, we certainly did not reach that tipping point.

Despite the fact that today’s market is more liquid than ever before, digital asset values—which have been trading in correlation with each other—remain relatively low. It appears that digital asset markets are still undergoing a period whereby real-world utility and adoption are catching up with some of the speculative hype.

So before getting overly excited about the next 100-fold move in XRP’s price, to the upside it is, let’s review the data points.

XRP ecosystem that #Ripple has built diligently shows signs of traction. Facts and figures, not opinion nor emotions, show the start of exponential adoption of #XRP. It is a matter of 'when', not 'if', the price of $XRP will reflect… Click To Tweet

The idea is to verify ‘with our own eyes’ that adoption is accelerating, that the tipping point has not been reached yet, and that the typical acceleration phase in technology will consequently lead to exponential utility and therefore exponential price increase.

According to official data published by Ripple the growth potential for the digital asset borrowing/lending market is substantial, with the market now considered a $5 billion industry. That’s peanuts in the bigger scheme of things. It indicates that the digital asset borrowing/lending market, the market in which Ripple and XRP are active, has a tremendous growth potential.

Moreover, according to this official news release, MoneyGram, Ripple’s partner, reported transaction growth of more than 70% on a year-over-year basis December 1 and December 25, 2019.  Outside of the US, online transactions during the holiday period increased nearly 120% on a year-over-year basis. Globally, all of the Company’s major online markets achieved double-digit transaction growth during the holiday period.

We do know that a portion of this volume is facilitated by XRP, especially in corridors like US to Mexico. The chart below makes the point. It shows the volume XRP/MXN (Mexican Peso) in the last 4 to 5 months. This looks broader than just the MoneyGram XRP utility, it shows the Bitso XRP/MXN transaction volume. 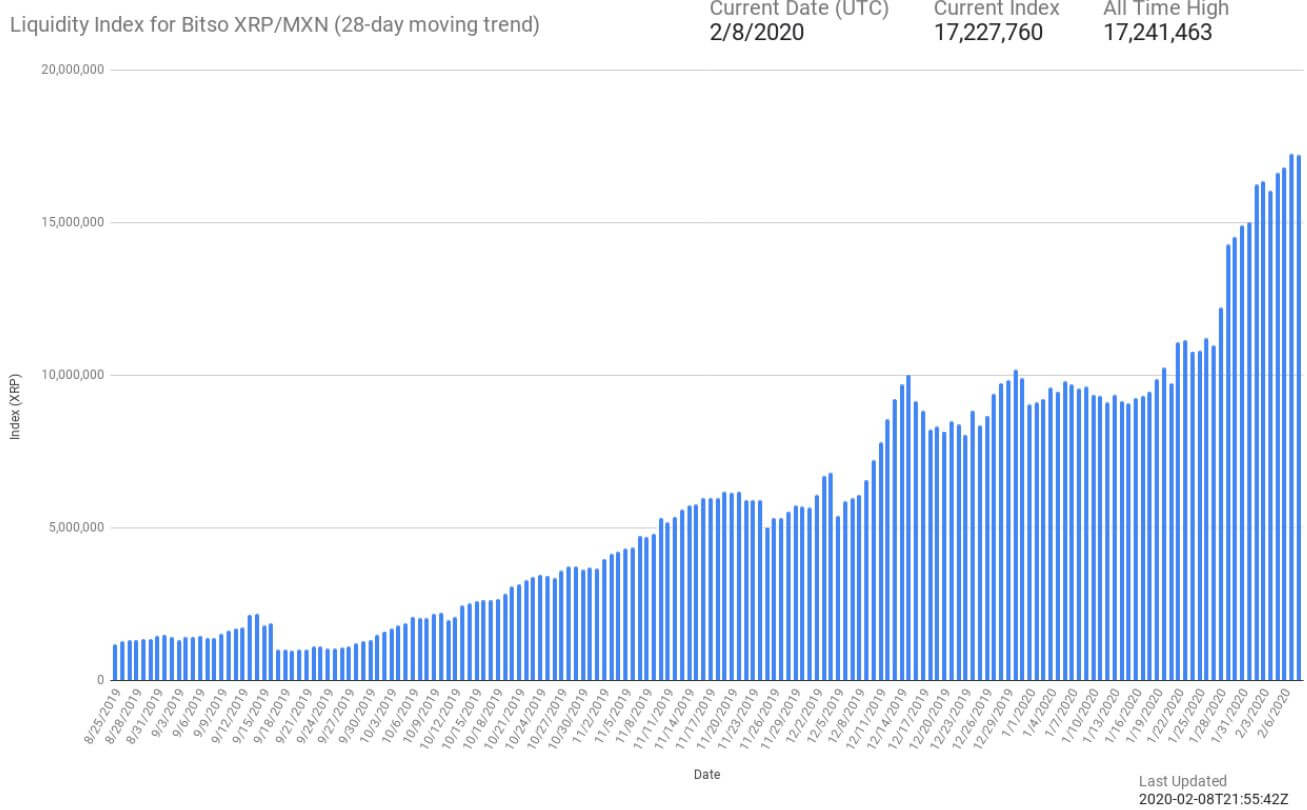 Bitso moved $18 million of remittance through XRP in the final weeks of December, 2019. More importantly this is growing at 15-20% per week.

Why do we stress this? Because of the compound effect!

This is exponential growth in real life which in our own words say “the tipping point is underway”.

On Twitter we find this post which show the newer, and smaller (for now), corridors: XRP/PHP and XRP/AUD 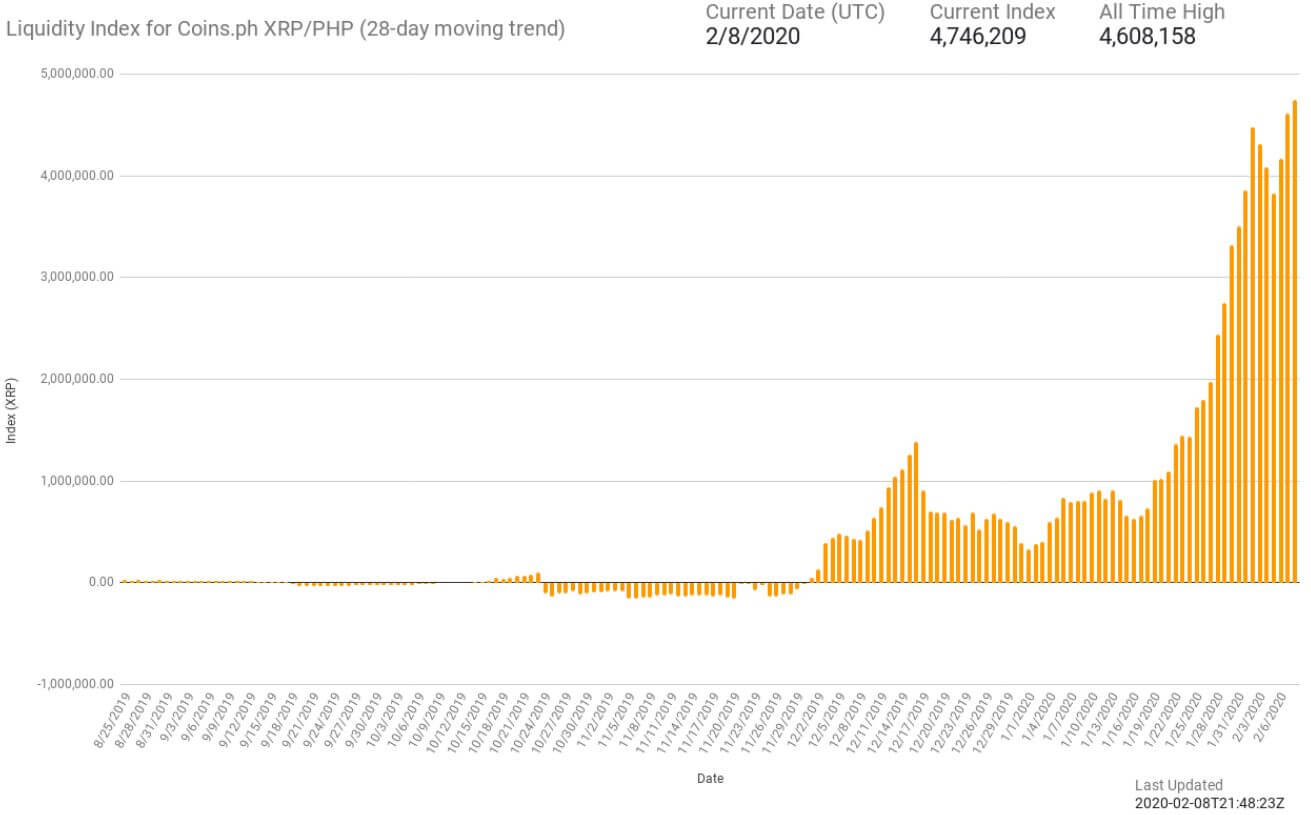 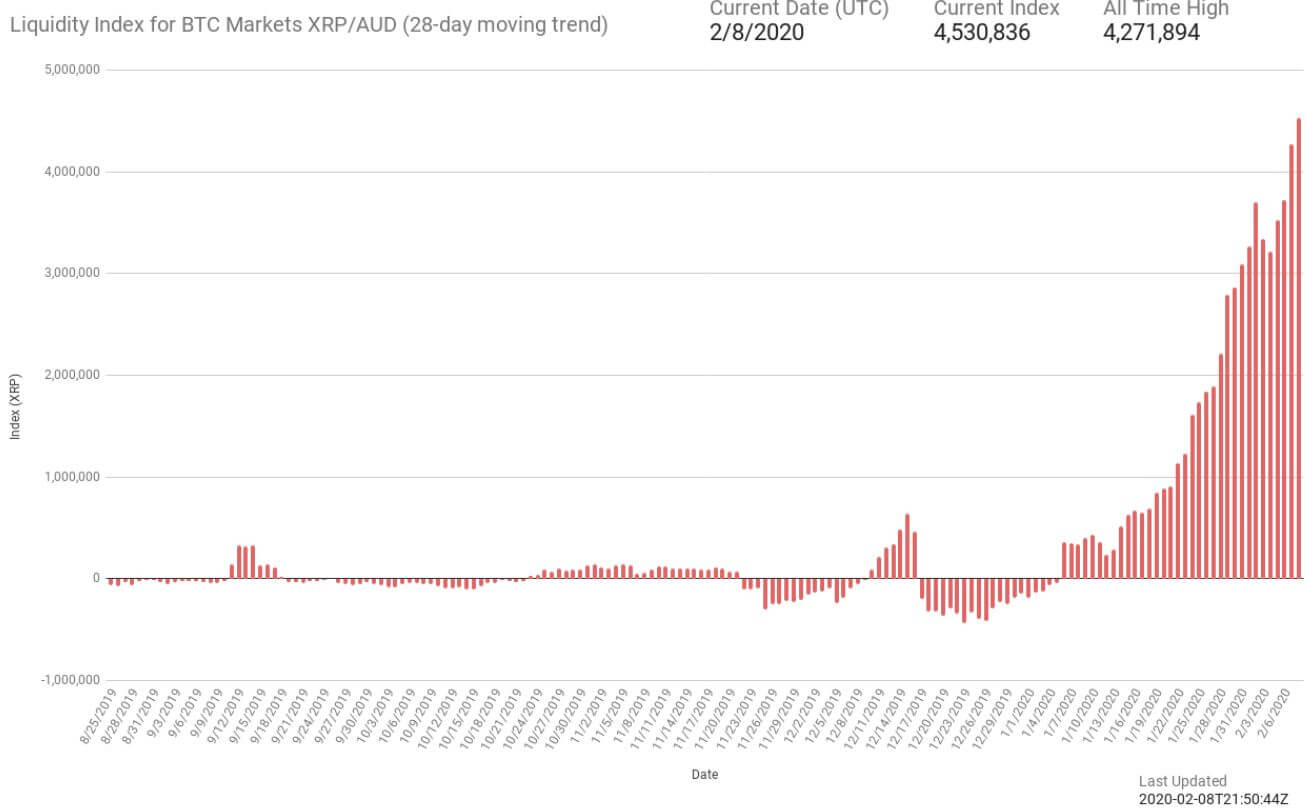 MoneyGram is expanding fast, and some of the statistics shown on the above charts do suggest MoneyGram growth. MoneyGram is now live in five corridors using On-Demand Liquidity. Only 10% of their US to Mexico corridor, which is their largest corridor, is moving over to XRP and ODL.

SBI Remit is the remittance service of SBI Group. The data points, from their official earnings release, do tell a clear story. 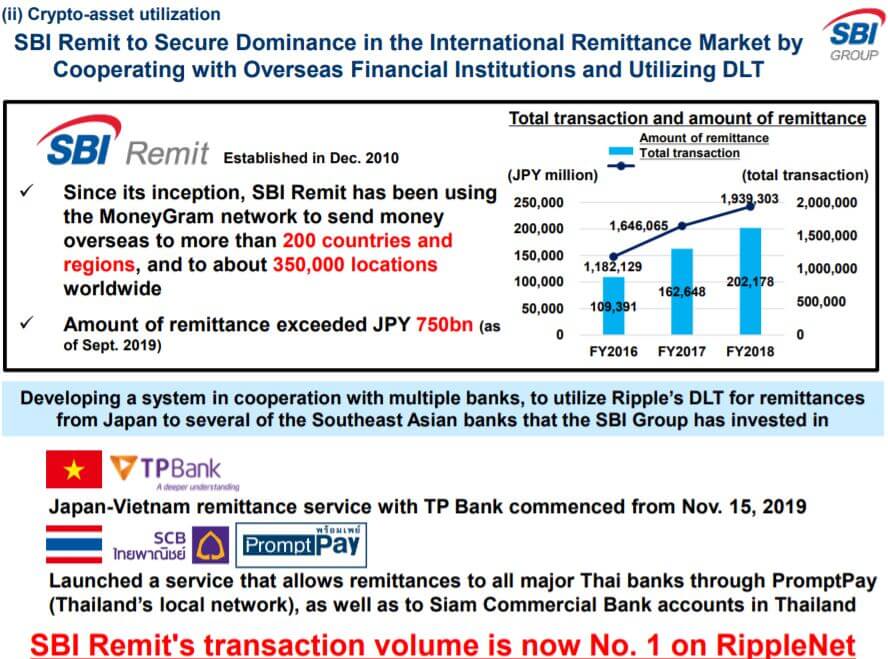 Ripplenet may not necessarily work on XRP, but it is part of the growing Ripple and XRP ecosystem. There will be ‘ripple effects’ from Ripplenet’s technology to XRP’s ecosystem.

All in all the trend is clear: XRP’s growth is accelerating, the current signs of traction are slowly but surely resulting in exponential. Eventually this will be reflected XRP’s price.

It is a matter of time.

Yes a 100-fold increase of XRP’s price is underway.

We will track this once-in-a-decade opportunity closely for our premium crypto subscribers, you too can follow our crypto research work.