2021: Massive Cryptocurrency Adoption Will Trigger A Boom In Crypto Markets 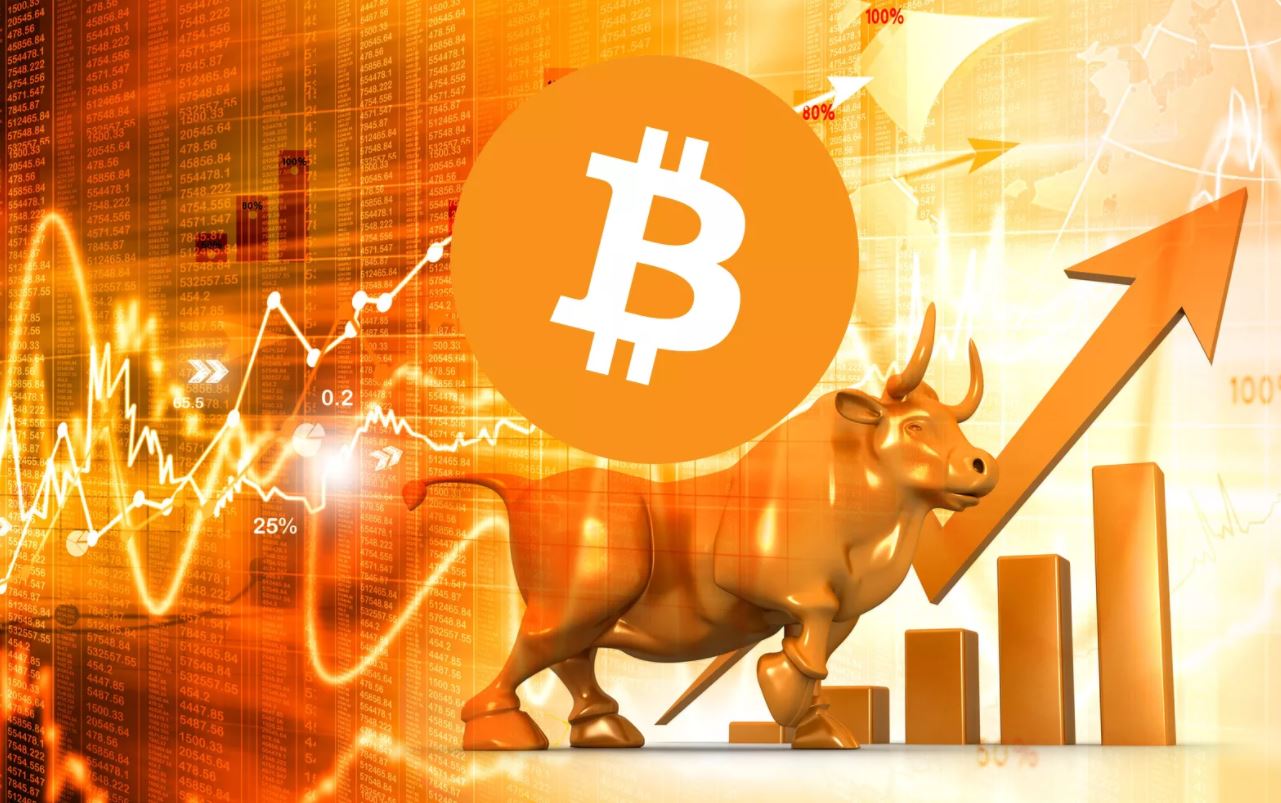 It is about to happen: cryptocurrencies are about to go mainstream. That’s a bold forecast from InvestingHaven’s research team, and certainly the boldest 2021 forecast. InvestingHaven is on record predicting that cryptocurrencies will see their first massive adoption trigger in 2021, particularly one from within the (central) banking world. This will be the game changer crypto bulls were waiting for, because we all do know that once large scale adoption kicks cryptocurrency markets transition from their speculative phase to a much more mature state crypto market… with substantial crypto investing interest.

To back this up with data we refer to this recent article InvestingHaven Cryptocurrency Predictions: The First In The World, And Also The Most Accurate. It says it all, it has all the evidence, and our premium crypto members from all over the world expressed their gratitude this month as our longest and strongest crypto prediction is coming true: our longstanding ultra bullish XRP forecast is underway!

All this is not far away, especially as we already have evidence that several central banks are working on this for many years.

The point is this: so far, it has been experimental stuff. As of 2021 there will be at least one major breakthrough, that will hit real life. And it will be a game changer, because it will create a sense of FOMO among other nations, other central banks and other large banking institutions.

We back up our thesis, in this article, with data points that suggest a massive cryptocurrency adoption in 2021.

InvestingHaven predicts massive #crypto adoption in 2021. It will start from within the (central) banking world, particularly in Asia. It will accelerate the rollout of other #blockchain and crypto projects in the banking world.… Click To Tweet

Cryptocurrency adoption among central banks in 2021

Japan may be the first nation to issue a digital Yen. Not the talking, but the real deployment, in 2021. This may be the trigger for accelerating the cryptocurrency adoption we expect in 2021. As per Reuters (source):

More than 30 major Japanese firms will begin experiments next year towards issuing a common, private digital currency to promote digitalisation in one of the world’s most cash-loving countries. The group, consisting of Japan’s three biggest banks as well as brokerages, telecommunication firms, utilities and retailers, will conduct experiments for issuing a digital currency that will use a common settlement platform.

The move follows the Bank of Japan’s recently announced plan to experiment with issuing a digital yen, underscoring a growing awareness of the need for Japan to catch up to rapid global advances in financial technology.

We do know that central banks of major countries like China and the UK are working on their digital currency infrastructure for several years. That’s why we expect a domino effect once the first nation comes out to announce a ‘golive’ date.

Cryptocurrency adoption among financial institutions in 2021

But there is more than central banks. There are also large financial institutions working on cryptocurrency custody in their pensions plans, in their savings offerings and in their investing offerings.

Regulatory ambiguity has been a big obstacle to adoption and acceptance by traditional investors and service providers. Almost 40% of U.S. investors surveyed in our second institutional investor digital assets study cited concerns around regulatory dissatisfaction as a factor preventing them from making an investment in digital assets.x Traditional financial institutions have refrained from providing digital asset-related services to avoid engaging in activities that the OCC may prohibit down the line. The lack of authoritative guidance, especially by federal regulators, has been an impediment to the maturation of the industry. The OCC’s July 2020 interpretive letter represents a major step forward in increasing the comfort of traditional institutions with digital assets. To the extent that institutions regulated by the OCC actually provide digital asset custody services, a greater number of investors and users may also be more comfortable trading, holding and engaging with digital assets via intermediaries held to the strict regulatory standards of a federal agency in charge of administering the banking system in the United States.

And they conclude with this vision on the future:

Combined with other positive regulatory developments, such as the appointment of Hester Peirce (a long-time advocate for the industry) for a second term at the SECxiv and the announcement by the CFTC to develop a holistic digital asset regulatory framework by 2024xv, the news that banks may custody digital assets is a positive move in the legitimization and maturation of the industry and one that speaks to the staying power of digital assets.

Moreover, Fidelity Digital Assets conducted an in-depth research in the first part of 2020 on the topic of cryptocurrencies as an asset class for investments. They released a press release summarizing their findings. This is an important quote:

Digital assets are gaining in favorability and appeal amongst institutional investors, with almost 80% of investors surveyed finding something appealing about the asset class. In a comprehensive survey of almost 800 institutional investors across the U.S. and Europe, 36% of respondents say they are currently invested in digital assets, and 6 out of 10 believe digital assets have a place in their investment portfolio. These and other findings from a Fidelity Digital AssetsSM survey cast an in-depth light on a class of investors who have widely been expected to lead broad adoption of digital assets.

The research, which was conducted from November 2019 to early March 2020, sought to understand institutional interest and adoption of digital assets, as well as the key barriers to participation in the asset class. “Nearly 800 U.S. and European investors were surveyed, including financial advisors, family offices, pensions, crypto and traditional hedge funds, high net worth investors, and endowments and foundations. This marks the second consecutive year that Fidelity has conducted this survey amongst U.S. institutional investors and the first for European investors, highlighting the company’s increased focus on industry-leading research to foster adoption and add value to clients.”

These results confirm a trend we are seeing in the market towards greater interest in and acceptance of digital assets as a new investable asset class. This is evident in the evolving composition of our client pipeline, which spans from crypto native funds to pensions.

At JPMorgan Chase, the firm’s digital currency JPM Coin is being used commercially by a large technology client to send payments around the world, said Takis Georgakopoulos, the bank’s global head of wholesale payments. As per CNBC (source):

That development, along with other behind-the-scene moves, persuaded JPMorgan to create a new business to house its blockchain and digital currency efforts called Onyx, Georgakopoulos said last week in a phone interview. The unit has more than 100 dedicated staffers, he said. “We are launching Onyx because we believe we are shifting to a period of commercialization of those technologies, moving from research and development to something that can become a real business,” Georgakopoulos said.

Brainard said the Federal Reserve was partnered with research teams from the Boston Federal Reserve and the Massachusetts Institute of Technology (MIT) in a “multi-year effort to build and test a hypothetical digital currency oriented to central bank uses.”

Crypto adoption with the digital Dollar … in 2021 or later?

The digital Dollar. A reality in 2021? If not a reality in 2021 yet, it will certainly accelerate once China, Japan and/or the UK will announce their digital currency. We absolutely agree with this article on Nasdaq.com, and this vision on how the ‘smart Dollar’ would function:

Digital dollars would likely also be programmable in and of themselves, allowing for instant tax payments at the point of sale. Tax refunds and rebates could be instant, too. And attempts to purchase a restricted item — like, say, a firearm without proper background clearance — could be automatically denied.

And crypto markets do reflect some of this already. Tether, as a stablecoin, has grown tremendously.

Of all stablecoins, by far the most numerous is Tether, a centralized, dollar-pegged token. It ranks #4 in terms of market cap. A recent Messari research found Tether to be the most-transacted stablecoin in the crypto landscape.

Tether, however, isn’t just the most traded stablecoin—Messari found that over the summer, it grew to surpass even Bitcoin with a rolling 30-day average transaction volume of nearly $3.5 billion.

Now the digital Dollar by the U.S. Fed may or may not be there in 2021, we don’t know. It looks like it will come a bit after China or Japan’s central bank accouncement.

Be that as it may, we do know it’s underway … and we expect the domino effect once the first central bank has confirmed a rollout date for their digital currency backed by crypto.

Massive cryptocurrency adoption will push crypto markets much higher in 2021

Because of all this we can reasonably expect a strong interest in crypto markets in 2021 among investors. We expect new investors to come, large investors … but also a large group of retail investors.

Particularly when the massive adoption we spoke about in this article takes off we expect elevated levels of trust among investors.

We do not expect a speculative run like in 2017, where all crypto coins (including the ones that were absolutely worthless) shot to the moon.

However, we do expect a more stable rise. A more constant rise. A healthy rise.

We also do expect some, not all, cryptocurrencies to do well. That’s why the largest cryptocurrencies like BTC, ETH and particularly XRP should be part of anyone’s crypto portfolio … now … before the adoption is confirmed.

We pride ourselves on being the first crypto investing research service in the world, and also the most accurate one in the world. You can join us on this ride, as the secular bull market is warming up its phase #3 (see secular BTC chart below).