Our palladium forecast is either super bullish or very bearish with price targets of either $2,500 or 1,300 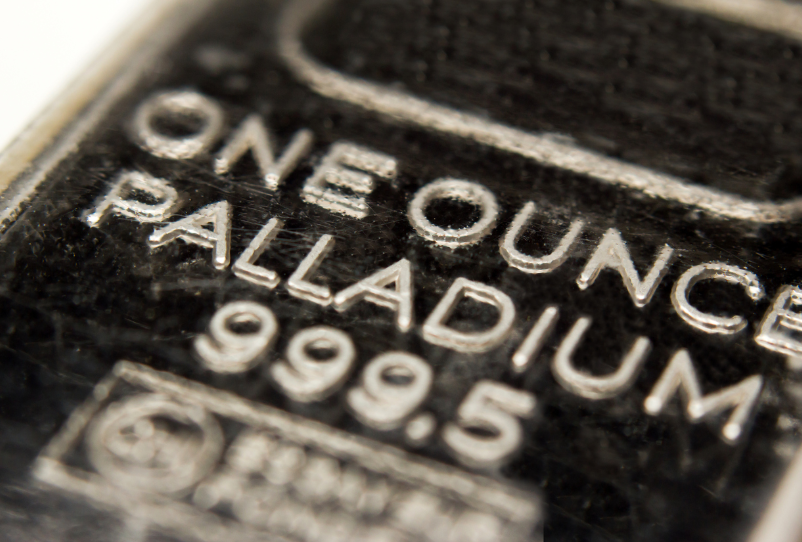 For most forecasts we can get to a pretty straightforward conclusion. Based on a limited set of leading indicators for a market combined with the monthly/weekly chart patterns we are confident concluding a future direction and predict price targets.

Because palladium trades at a pivot point at the time of writing (exactly one month before 2020 kicks off). It is a pivot point that can go either direction, and in both scenarios it will be vicious.

That’s why we can only identify the decision point(s) with the bullish and bearish price targets. Obviously we will follow up as soon as we see some signals about one of the two directions materializing.

Why this palladium forecast for 2020 and beyond

InvestingHaven’s mission is to forecast the top 2 or 3 investing opportunities per year.

We want to find them, play them right and take profits at the right time.

Palladium was a great candidate to become one of the top 3 investing opportunities in 2019. However, with the mini crash in March it invalidated its potential.

Whether palladium will become one of the top 3 investing opportunities of 2020 is questionable but certainly not impossible.

Our palladium price forecast for 2020 is meant to do just that: ensure we play the palladium market in case it becomes one of the top performers in 2020.

This is the summary of our palladium forecast for readers who don’t want to read through the entire article.

Our summary is simple yet requires more time to confirm the outcome.

Why do we have such extreme price targets for our 2020 palladium forecast?

Very simple, because fundamentals may look great but the price trades at a pivot point. From a risk management perspective pivot points need to be respected because they can go either way. In case price goes against our forecast we don’t want to end up at the wrong side of the trade.

As per this palladium market analysis by Reuters the supply demand situation looks bullish.

More stringent regulation means demand is expanding despite slowing global economic growth and falling car sales in key markets including Europe, the United States and China. Rules entering force in China, the biggest auto market, from next year will require each vehicle to contain around 30% more palladium, platinum and rhodium, analysts at Morgan Stanley say.

We want to point out that fundamentals are not a timing indicator, nor do they have forecasting value. It is a supportive indicator.

That’s why we don’t attach too much value to this first leading indicator for our palladium forecast. It is a support indicator more than anything else! 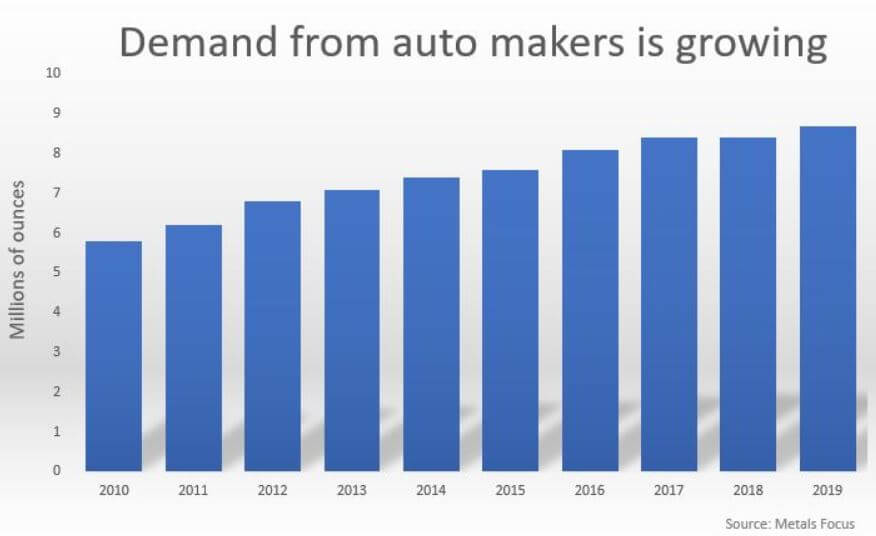 The 2nd leading indicator for our palladium prediction is the total number of ounces of palladium held in all palladium ETFs combined (globally).

This indicator shows (left part of the chart) that there is continuously less physical palladium held in all ETFs.

According to our viewpoint this is because of the supply shortage. It is hard to find physical palladium as the metal is in demand on many other places in the market.

This leading indicator confirms the first one, and confirms the bullish potential in the context of our palladium price forecast.

Last but not least the palladium to gold ratio (the 3d panel on below chart) is strongly bullish.

This is the 2nd time in 50 years that palladium to gold rises above 1x.

The ratio shows a breakout scenario. And we cannot ignore this, it has more upside potential …. unless the gold price continues rising simultaneously as per our gold forecast. 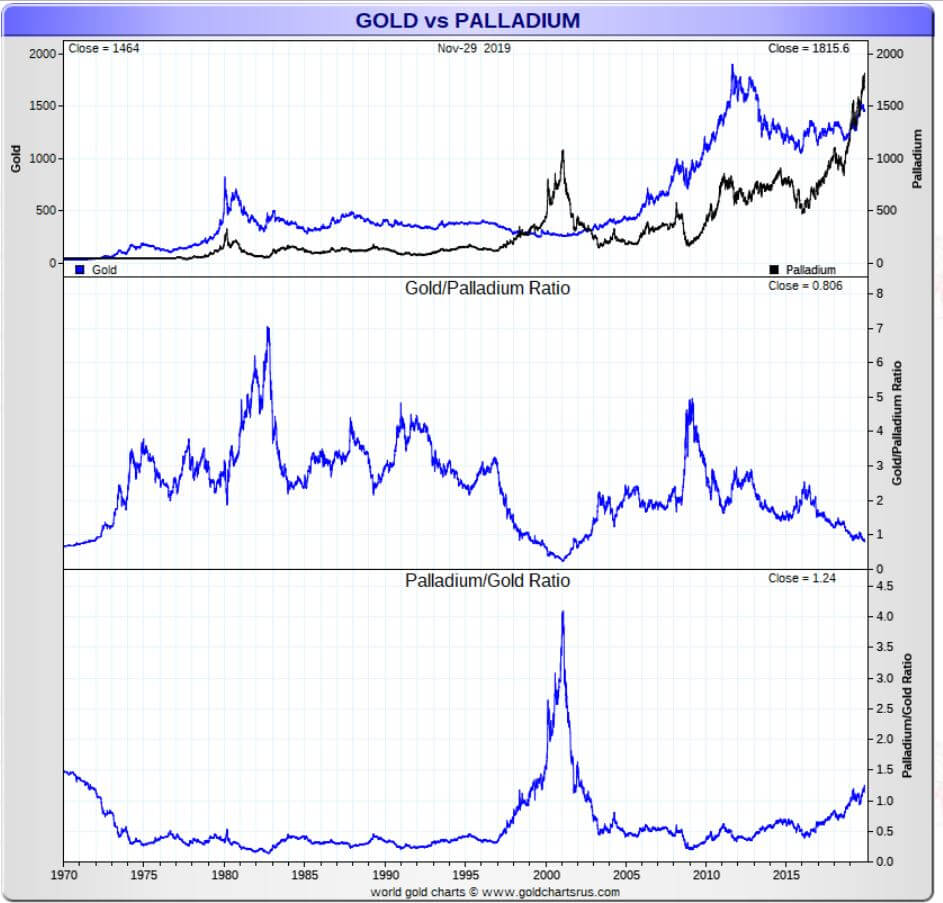 With all that said our leading indicators have a clear bullish bias, period!

Let’s turn to the palladium charts now, in a top down approach.

The monthly palladium chart shows this important pivot point we were talking about before. Only 3 times in the last 15 years did palladium succeed in rising above this sub channel which it is testing right now.

Going forward the situation is simple: either this will act (again) as too heavy resistance OR it will fly higher in a quick attempt to move to the higher sub channel. It is really that black and white.

We get much more detail when we zoom in, and look at the weekly palladium chart.

The pivot point is the top of this 4 year rising channel. Every time before it peaked at resistance resulted in a strong correction, always temporarily.

We cannot exclude this scenario to happen again. And we will know very fast (in the next weeks, ultimately 2 months) whether $1,850 was another resistance point or just a gateway to a big surge higher!

There is one quote from the palladium market analysis article from Reuters discussed in this forecast that requires attention:

The market also moved deeper into backwardation, a situation associated with supply tightness when contracts for metal for near-term delivery are more expensive than later-dated ones.

Watch out with backwardation at a pivot point. We want to be clear that this may be a lagging indicator. It can also be the fuel.

This quote (data point) just confirms our black and white thinking when it comes to palladium: either backwardation is priced in, or it will push palladium above its pivot point. In the latter case we will see a fast move higher.

How Long Will It Take to Learn Forex Trading?

How Long Will It Take to Learn Forex Trading?

Gold Stocks In La-La-Land For A Few More Weeks