Most Notorious Black Swan Events Of All Time 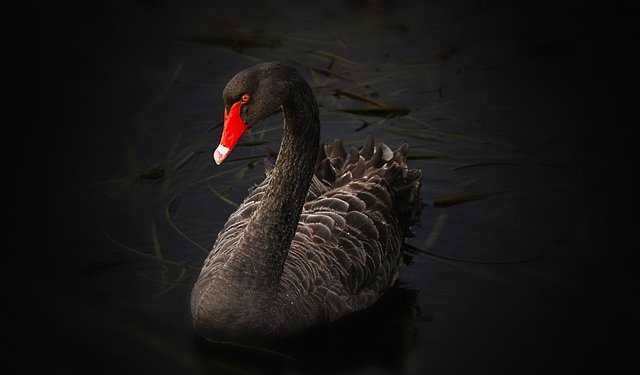 Investment and stock markets have been one of the most significant indicators for the development of the financial markets. There have been many changes that have affected financial sectors worldwide throughout the years. Some of the events had a significant effect on the markets as it was hard to impossible to forecast them. These ‘black swan events’ got their name from Mr. Taleb’s black swan theory, specifically from his famous book.

As many believe that the Coronavirus might be the next black swan event as suggested by our friends at Barron’s we want to use this ongoing fear to go back and look at the black swans that created real disruption.

This is one of the black swans that does not even have to be introduced. Just like Odette, the Black Swan of 2008 has a very tragic story.

The whole thing about the Global Financial Crisis (GFC) started with the US house market and subprime mortgages. At first sight, the sub-prime mortgages can be very attractive. As they feature a low credit score and do not need any documented proof of income. Banks granted many risky mortgages, as the clients were the large investment firms.

The subprime mortgages caused the increase of supply, while the demand decreased. The chain reaction came quickly after. The property values drastically declined, and the banks providing mortgages fell into huge debts. The investment firms, with loans, acted as the countdown bomb. Finally, the stocks collapsed, with some major firms going bankrupt. The market went down by 50.9%.

Some of the countries were affected more than the others. While the GBP/AUD was at its lowest point recorded, with the relation of 1.62, other countries such as Switzerland managed to stay stable, without any major changed, maintaining GBP/CHF steady at mostly 1.9.

Although the last decade did not have any notorious events regarding the stock market, some changes have been observed. A big impact came after the introduction of Bitcoin and cryptocurrencies. Other big changes are yet to come, with the successful operations of the giant corporations, such as Amazon, Tesla in Google. Those companies correspond the most to the dynamic movement of the stock market.

Development and changes can be good, but we also have to be prepared for the changes. The changes and developments are always connected with certain expectations. Expectations come hand in hand with the excitement. Thus, excitement can sometimes be absurd and lead to irrational decisions.

This was the main reason for the Dot Com Bubble, which started back in 1997. The new technologies and the Internet have been introduced to society and everyone got very excited about the upcoming changes. Many people decided to invest in tech companies at that time. A good investment is always good and beneficial, but the irrational investment can lead to big losses.

While many people began to invest in tech and internet companies, tech stocks grew simultaneously. At some point, at the beginning of the bubble, many tech companies were over-inflated. Not all companies were able to face the financial crisis, caused by inflation and were shut down. Over 8,000 people lost their jobs. At the peak of the Com Bubble by 2000, the market had dropped by 44.7%.

You most probably have heard of the Great Depression, one of the most significant financial crises. One of the reasons for the financial crises has been the stock market crash, known as Black Thursday. While the financial crisis affected most of the nations all over the world, there were some of the countries that were especially not immune to the crises. One such country was Australia. The country has experienced a total economic collapse, which caused the unemployment rate to rise by over 32%.

There were a number of factors that contributed to the Wall Street crash of 1929. The major factor was though, that people massively began putting all of their savings in stock. At that time they thought that was the safest bet. Although that might have been risky, the main contributor to worsening the whole situation was that more people began buying stocks on margin. This meant that all of the investors would require to invest only 10 to 20% of real money to buy stock. The rest of the money could be borrowed from the brokers.

Together with that, the agriculture sector has been struggling with the rapid price drop on food. Despite stock prices continuing to rise, on the 29th of October of 1929 investors began to sell overpriced shares, which led to Black Thursday, the stock market crash. Over 12.9 million shares were traded on that day, which exceeded the normal amount three times. Overall, the market was down by 83.4%. The footprint of the Great Depression was seen for another 10 years.