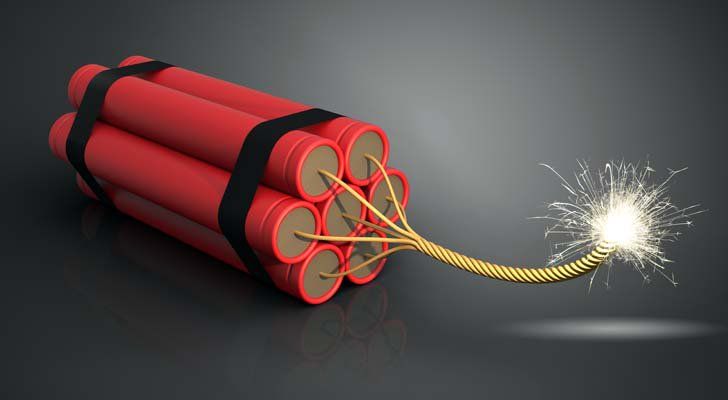 The past few decades have seen an unprecedented transformation of the global economy. Technological advancement is the driver of this absolute revolution. The financial sector is adapting to the digital world the fastest, as well as most efficiently. The modern-day customers have more needs and demands than ever before. Thus, the industry needs to deliver on them in a timely manner.

The global economy is becoming increasingly diverse, covering some new sustainable industries while making traditional ones more eco-friendly and inclusive of people with different social or cultural backgrounds. As a result, economies of different nations are very closely intertwined with each other.

This process is backed with immense trading relations between different nations, as well as blocks of countries. Trade occurs in so many different ways these days that the logistic infrastructure of various kinds has become some of the most advanced in the world. It covers the road, rail, air, and sea transportation, yet, all of them are interconnected to make a one, continuous cycle of the global trade.

Naturally, this state of the worldwide economy is translated into numerous currencies present in different parts of the world. Their exchange and constant trade are crucial for the economy to keep working. In the past, such transactions were made through physical bank branches and were utterly inconvenient. However, today, we have the ability to perform such operations on the global web.

The Forex exchange market has become one of the most successful and the biggest platform for currency trading in the era of technology. With the increased access to the internet around the world, the vast majority of the global population now can trade online with Forex.

Trading Forex as an opportunity

Forex traders can make lots of money in profit. However, it is not as easy as it might sound. Becoming a successful, stable forex trader takes quite some time and nerve, along with many, many all-nighters.

However, it most certainly is worth it! Forex trading is becoming more and more popular, even in places, where it used to constantly be rejected by the general public. Such places mostly have leading stock exchange markets, dominating the world. As a result, the United States, the United Kingdom, and others were looking at Forex quite skeptically. However, it has gained momentum and now, there is an ever-growing list of Forex Brokers accepting US traders, or even asking them to join.

Many people took advantage of the right situation at the right time to become legends of the Forex industry. Some of them are well-known billionaires around the world. In this article, we have gathered 3 of the most successful, profitable traders in the history of Forex.

This man is often regarded as the human who broke the Bank of England. George Soros is one of the most influential personalities of the modern era – and not only within the Forex niche. He accumulated first bits of his enormous wealth of over $8.3 billion in the 1990s as he betted against the British Pound. His story is one of those overnight success ones as the betting against pound helped him earn millions within a record period of time.

From that point onwards, he had been experimenting on Forex, trying out different strategies and sub-niches. Over time, his wealth grew to a significant amount while his businesses gained global significance. His more than $8 billion is most certainly not all from Forex, however, George Soros would not be the name everyone knows these days without it.

He now is one of the biggest philanthropists in the world. The George Soros foundation helps disadvantaged ones and minority groups around the world, as well as aims to offer better higher education to those without access to it.

The story of Bill Lipschutz’s success is one of the most surreal ones. He was born in Farmingdale, New York, to a middle-class American family. After his grandmother’s death, Lipschutz inherited stocks registered in numerous locations across the state, worth a total of $12,000. He was still in school at that time, yet managed to consolidate the risk capital into one location.

He spent his free time investing the risk capita. Lipschutz would sit in a library, reading books about trading when still in school. This evoked further interest in the industry within him. The dedication and motivation helped him to soon earn $250,000, a substantial sum for the time.

In 1982, he joined Salomon Brothers as a full-time employee and made much of his early career in the company. By around 1985, he was already making over $350 million for the firm. The net precise net worth of Bill Lipschutz is unknown. Nevertheless, his story proves how much a dedicated trader can achieve.

Now an influential American investor has a net worth of more than $5 billion. However, things were not always this way for him. Kovner used to work as a cab driver in his local Brooklyn borough of New York City to make pocket money. He started with absolutely nothing, taking him 30 years to perform the first successful transaction.

His first trade operation happened thanks to a sum of $3000 borrowed against Mastercard and from that point onwards, continued without slowing down. Now he has enormous wealth and is a perfect example that everyone and anyone can achieve dreams and make big money if there is enough dedication.