Emerging markets are testing a multi-decade breakout level. Will emerging markets develop into a runaway market? Or is there still an opportunity to get in? If anything it is clear that our emerging market forecast published 8 months ago is underway, another 2021 forecast that was accurate.

Make no mistake, multi-decade breakouts are immensely powerful… whenever they are successful. The opposite is true as well: they mostly don’t succeed from the first attempt.

EEM ETF is going through a secular breakout attempt, which is what its monthly chart shows. The red line on the first chart represents former ATH, around 55.5 points.

Is this market going to develop in an up-and-away type of market? In other words, is this the last chance to get in?

Not too fast, is what we would say, for 2 reasons.

First, there is a clear area between the red and green lines we indicated on the monthly chart that have not been thoroughly tested.

From our Trade Alerts weekend update released moments ago to premium members:

The most realistic scenario, according to us, is that this attempt is not going to be successful as of yet. This market will need one more attempt. IF this is how the breakout will play out then we expect one more pullback to the 52 area.

This implies that the 52 area is a make-or-break level, and this should give result in a decent stop loss. 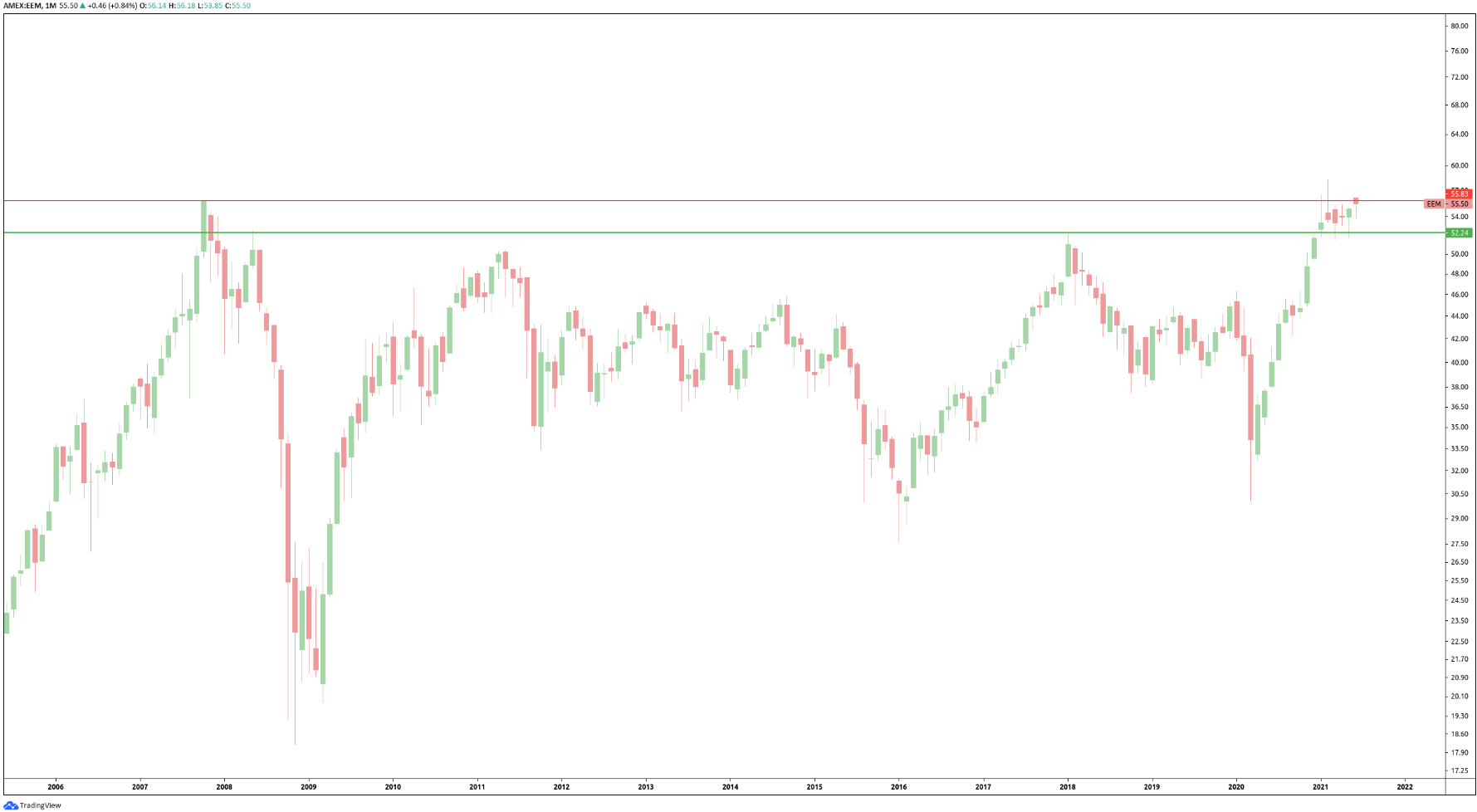 The second reason is the intermarket relationships we always talk about and which are the basis of our methodology.

The Euro is also going through a multi-decade breakout test. The red thick line which is a multi-decade bear market trendline is now being tested, for the 2nd time this year. We believe we need a confirmed breakout in the Euro in order to unleash bullish power to emerging markets.

In our Trade Alerts weekend update we featured very specific price points to initiate a position in EEM ETF, based on the weekly and daily charts. You too can get instant access, by simply signing up here >>