Fear Continues To Dominate The Market 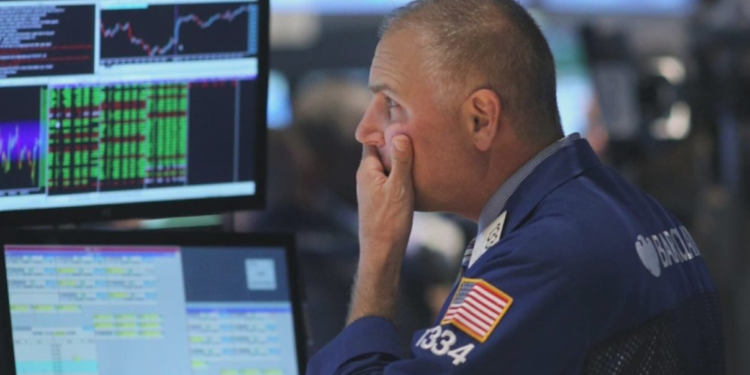 Markets continue to show unusually high levels of fear. This should not come as a surprise to anyone, as the Corona pandemic triggered a once-in-a-century type of crash. Not only did we witness a Historic Black Thursday type of crash, but we hit another Black Monday just one 2 days later. Never happened before. Where do we stand now as per our fear gauge?

One thing to note before we look at the point made above: we have clearly seen how a significant number of investors and traders did underestimate how brutal the March sell off was.

We happen to receive many messages from followers as well as premium members. Consequently we have a pretty good sense of how some investors and traders think.

It is pretty much unbelievable how some have been thinking as a regular correction, one that was an easy to buy (buy the dip). We won’t expand on this, but it was an important observation and it blew us away.

That said, the ultimate fear gauge we have watch is the TLT chart. It is one of our leading indicators.

The Corona induced crash pushed TLT levels to heights never seen before. TLT is a slowly rising or falling asset, but the speed of the rise in March was absolutely unusual. Even 2009 was not as violent as March of 2020.

Current fear levels remain unusually high. TLT is refusing to come down. If it is even still above its 20 year trend.

How do investors and traders have to handle this? We have a short term trading method that signals a short term move is underway, and in short term trading it is absolutely irrelevant to speculate longer term trends in any market (also not in TLT). When it comes to our medium term investments our position is a 100% allocation to a sector that does well on high TLT prices but is also a play on fear in the market.