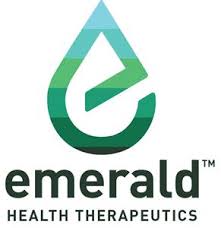 It was a year ago that we published our piece Emerald Health Therapeutics Stock Forecast 2019. We identified a very bullish price target for Emerald Health Therapeutics (EMH.V). Just a bit later we came with our Cannabis Stocks Forecast 2019. Fast forward to today, we see relentless selling pressure especially in the last 4 months. This article takes a very close look at the sector, this stock, decisions by their management. We conclude with one key conclusion: the verdict will be determined in August 2019. We also outline a few scenarios and obvious decision points that might help understand future direction.

Cannabis companies better understand this, otherwise they will evolve from market darlings to market victims faster than they expect!

Let’s start with a detailed analysis of critical data points we have found for EMH.V:

We will then answer 3 crucial questions:

This is a pretty loaded, and data heavy article, before coming to conclusions!

When it comes to the calendar year 2018, we got detailed insights in the annual report some 2 towards the end of May of this year.

The recently announced At The Market (ATM) equity program (March 27th, 2019) is an extension of previous efforts to raise capital through market operations. This specific prospectus looks for an aggregate gross sales price of up to $39M to the public ‘from time to time at the Company’s discretion, at prevailing market prices’. This program runs April 2021.

The detailed number of new shares that were created in recent months is listed below. This information is released at the start of each new month, so these are very recent data points:

Data point 3: Use of proceeds of capital.

The capital that EMH.V sucks out of the market goes to their balance sheet, largely.

This is how they report out on the proceeds of the capital they have been rising in the last 18 months:

In the last 4 quarters EMH.V operated at a cash burn per quarter between $13M and $15M.

Cash provided by financing activities for the year ended December 31, 2018 was $83.1M, compared to cash provided of $68.1M in the prior period. Cash generated in 2018 included $60.6M from net proceeds of the prospectus offerings completed in January, February, May and December 2018, $21.9M received from warrant exercises, and $1.2M from stock option exercises.

Question 1: How much still left to fund for the 4 facilities?

Good news here, potentially at least. All facilities should be setup and running by now, with no expenditures required for getting the 4 existing facilities to full production.

The only exception for which EMH.V can require additional capital is to fund their 2nd 1.03 million square feet facility (Delta 2) at the same location as the current Pure Sunfarms (PSF) facility (Delta 3).

Question 2: What’s the expected value created by their 4 facilities?

This is the million dollar question. How much value, and revenue, will their 4 facilities create? Will this be sufficient to fund the operations of their business, stop the cash burn rate, and slow down significantly the shareholder dilution which is ongoing?

Question 3: How much will they be able to decrease cash burn in Q2 2019 by cutting operating costs and improving revenue?

They need to grow with a minimum of $4M in Q2/2019 coming from revenue of owned facilities combined with Pure Sunfarms share of income (joint venture).

Is this realistically possible? It is, see the take-aways and details in the previous point!

Only IF the company succeeds in keeping their operating and general costs under control will they be able to stop their cash burn. This should and MUST happen in Q2/2019, that’s why this is such a pivotal moment in the history of this company. What comes out of this obviously translates into shareholder value (or dilution).

Emerald Health Therapeutics is moving in a falling channel. It has now strong support at the 2017 highs (former resistance, new support). Its breakout level has now become $3.30 and breakdown level remains the $1.73 to $2.11 RANGE. Fundamentally, this stock is at a monumental pivot points: it must show an acceleration in revenue to prove its business is financially viable, its shareholder dilution must stop now, and the broader cannabis stock segment must stop to prevent a total breakdown. Most, if not all answers, will become apparent in August of 2019.

Conclusions on EMH.V and its attractiveness for investors

Let’s summarize what we see, and we want to see in order to remain bullish on EMH.V. We take a top down approach:

So, broad markets are supportive, the outflow to precious metals should stabilize going forward, and the bad news in the sector can be easily avoided by disciplined management decisions (collectively).

In sum we believe management of these companies, in particular EMH.V, hold the key to turn this bearish momentum in cannabis stocks back into a bullish trend.

How this plays out is something that we can impossibly predict. How can we know, upfront, if collective management of these companies will do the right thing? Impossible, we can only monitor how things are going, month-on-month, and interpret the market data against the question whether they are (finally) decelerating shareholder dilution.

In the meantime the long term picture of this sector remains outrageously bullish. In case the sector will collectively continue to decline there will be large investors who will see the undervaluation and get in.

So we are not concerned for the long term.

Short to medium term, in case there is more downside, it may be prudent to get some shares off the table and keep the capital to enter again in case lower price points would present themselves. In case we are near a major bottom you can get in later as well, and sleep well in the meantime.

Is it realistic to expect that EMH.V will reach our ultimate bullish price target of +$30? Obviously, the lower this stock falls the lower the likelihood. We forecasted an improving broad market environment with ‘risk on’. Every time this happened in the past, especially summer 2016 and fall 2017, EMH.V went up 10-fold in less than 3 months. This still is the potential we see, however the whole space must become bullish again and the downtrend must stop. We can only confirm or invalidate a ten-bagger potential in the next few months, depending on how the points outlined above play out!