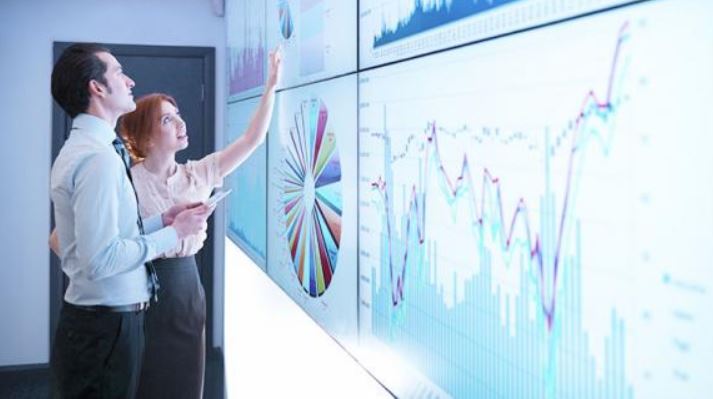 This article is written by Ram Lee from Seven Bridges Advisors. Go to Ram Lee his Linkedin profile >>

Most investors focus on investing in a diversified manner across all the main sectors of the equity market.  However, given generalist investors often do not possess the domain expertise, both scientific and regulatory, to invest well across the healthcare spectrum, having a dedicated healthcare investment may be the best way to access returns from the healthcare sector.

Healthcare is the second largest sector in the S&P 500, with $3.5 trillion (Q1 2019) in market capitalization, and possesses both offensive and defensive characteristics.  Both the main value and growth indices (Russell 1000) have double-digit allocations to healthcare, albeit different kinds.  Healthcare services can be defensive; even in a down turn folks still go to the hospital and the doctor and spending on healthcare seems to increase regardless of economic strength. 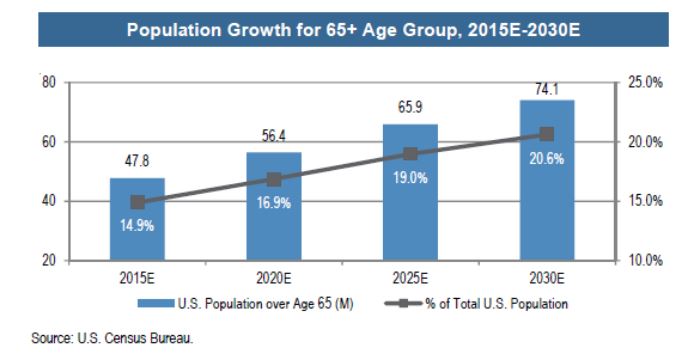 While everyone knows the ageing of the West should provide a tailwind to healthcare spending, most investors are focused on the short term and do not fully price in the benefits to healthcare of the ageing demographics.  With the population growth for 65+ Age Group, US healthcare expenditures are expected to grow at a 5.5% CAGR through 2026, rising to 19.7% of GDP. This projected higher-than-GDP growth in healthcare spending should translate into earnings growth that outpaces that of the other sectors. 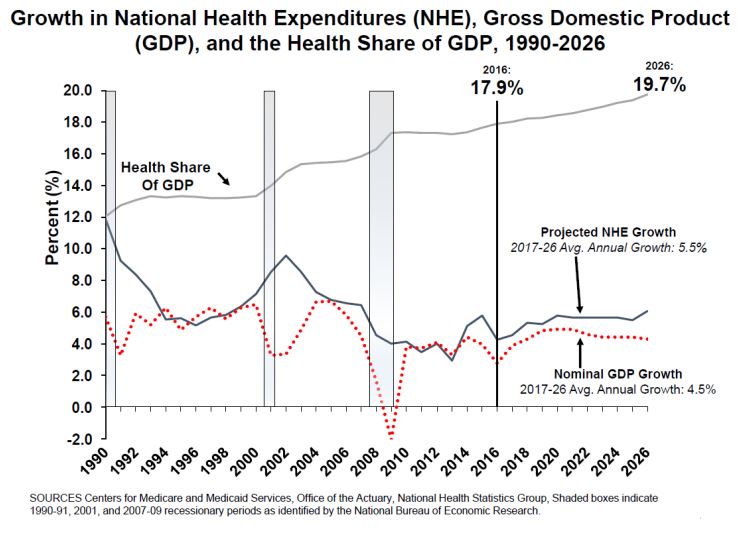 The real opportunity in healthcare investing is how the pace of innovation and drug approval has been increasing in the past decade. 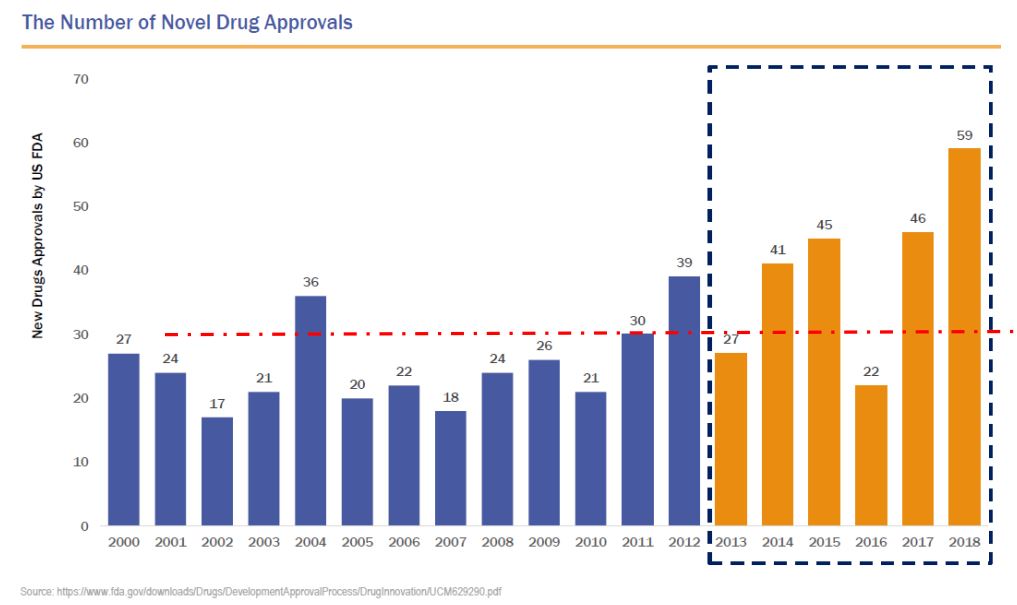 The approval rate for new drugs generally has been trending up since 2000, with five of the last seven years seeing higher than average new drug approvals. The declining absolute numbers of non-approvals between 2000 and 2017 (shown red in the chart below) also imply lower dead deal costs for the industry over the past two decades. As the industry experiences lower dead deal costs (drug development costs that result in non-approvals), the overall returns to the industry should improve. 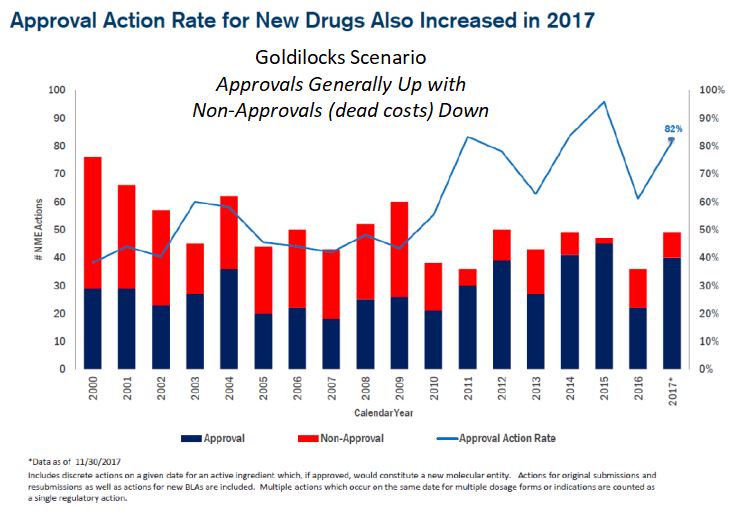 At a high level, the biopharmaceutical industry is now in a more industry-friendly regulatory environment, with quicker approval timelines and enhanced, more constructive guidance from the FDA.  The chart on the left shows how fast-tracked ‘Breakthrough Therapy’ approvals have been in rapidly increasing from 2013-2018.  While the chart on the right below shows how the time needed to get a drug approved has been dropping.  Both of these trends are very good for healthcare companies and investors.

Healthcare investments may also benefit from repatriation of capital from cash balances held overseas.  Mature U.S. biopharma companies hold a large portion of the trillions of dollars of overseas cash that could be used for acquisitions. Before the 2017 tax reform, biopharma companies used to pay 35% on repatriated cash. The new plan lowers that rate from 35% to 15.5%. With the new incentives to repatriate cash at a lower tax rate (to potentially deploy to US M&A and/or use for share buybacks and dividend issuances), healthcare (particularly biopharma) companies have the potential to unlock ~$160bn in ex-US cash reserves. 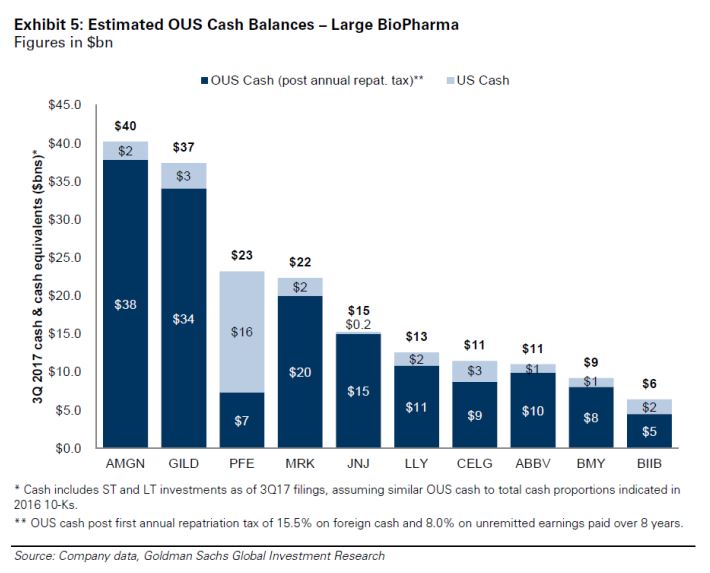 Many large-cap biopharma companies face difficulties in generating organic growth due to a mix of patent expiries, increasing competition, and below average pipeline productivity. Given these myriad challenges, they have often turned to merging with or acquiring small-mid cap biotech companies for their innovation. Alternatively, with clinical programs that are de-risked but do not represent meaningful commercial opportunities, or commercial stage assets at a middle or later stage of growth, acquirers may view such assets as a bridge between significant patent expiries and internal pipeline maturation. Larger biopharmas can then leverage internal resources such as regulatory expertise and commercial marketing & distribution infrastructure to realize greater value from an asset. The potential to achieve revenue and cost synergies may also figure in the M&A decision making process, though taking out costs usually is not a significant variable when acquiring smid biotech companies.

Thus, some investors approach smid-cap biotech thematically with a belief that certain individual companies or a basket of companies have a greater than average likelihood of being acquired. Between 2007 and 2015, oncology and orphan disease have been key focus areas for M&A, as seen in the chart below. When acquired, these companies routinely see 30-40% premiums, illustrated in the chart below. 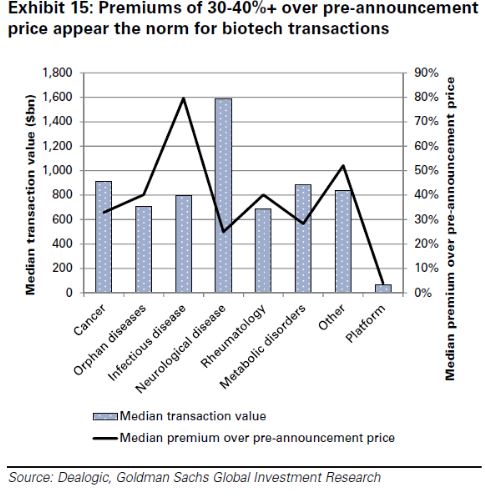 Healthcare in general is an inefficient sector due to its specialized nature. While the Biotech Sector’s valuation may appear a bit elevated, it appears that biotech, especially small-to-mid biotech, is ultimately a stock picker’s market. Performance is primarily driven by idiosyncratic events, namely innovation and successful commercial execution, which are marked by clinical data readouts, regulatory events, and successful product launches. 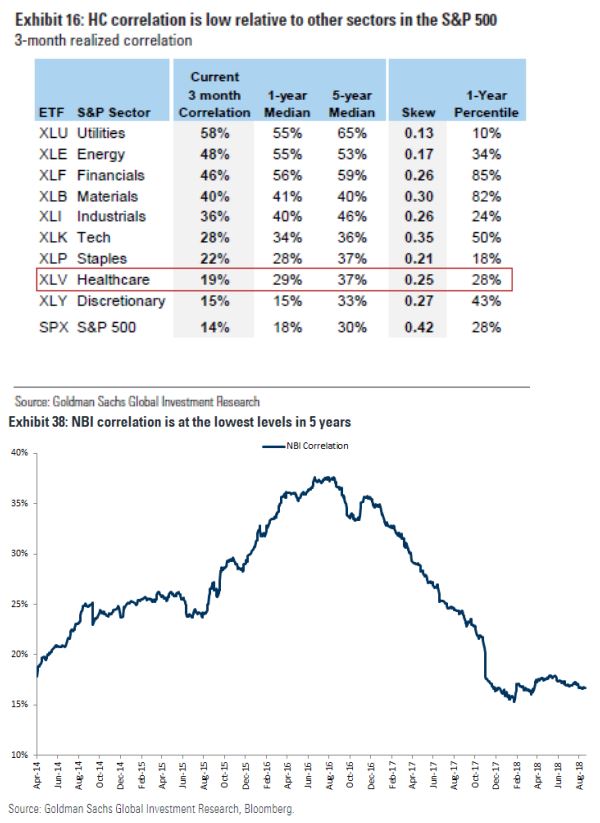 While healthcare investing is often categorized as ‘growth’ investing, it is not necessarily as economically sensitive as some other sectors and warrants investors taking a hard look at adding some dedicated public equity healthcare investments to their overall portfolio.