4 Solar Stocks To Play The Solar Sector Breakout In 2018 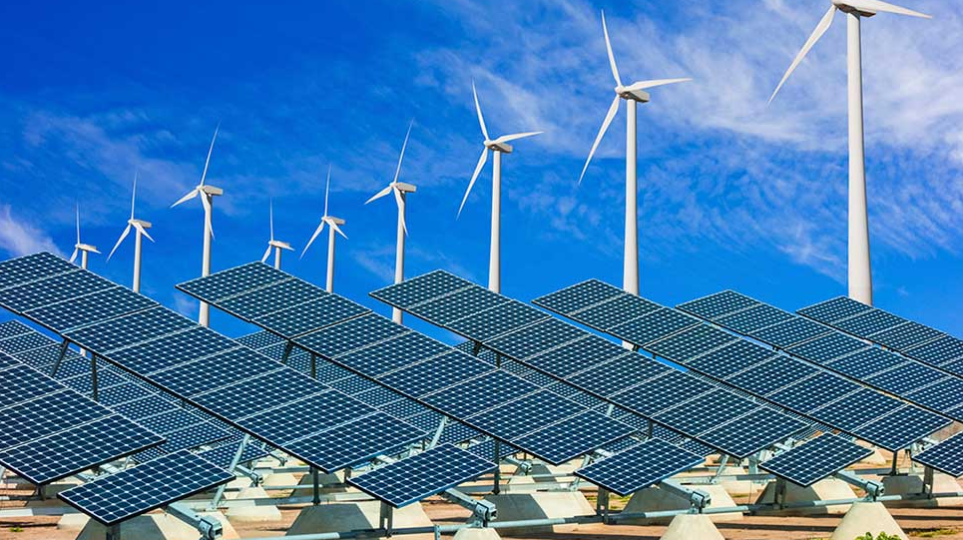 [Ed. note] Solar power, green and clean energy are not only good for humanity they are also good for investors’ portfolios. The solar sector is breaking out after it got decimated, non-stop, since the financial crisis 10 years ago. As the solar sector breaks out InvestingHaven’s analyst Ralf selects 4 solar stocks to consider in 2018.

During recent decades excessive amounts of crude oil and natural gas have been consumed by humanity to power machineries, vehicles, generate electricity and other energy intensive activities. However, it is due to this continuous burning of fuel that has led to dire environmental consequences. One of the key by-products is the release of carbon dioxide – a greenhouse gas that causes global warming. In Nov 2015 over 150 nations have attended a summit in Paris Climate Accord to agree upon a push towards reduction of carbon dioxide emission.

Many researches and effort have been put in to source for a cleaner alternative energy that can ultimately replaces the fuel. Some of the alternative forms of energy being proposed include wind, biomass, biofuel, geothermal and solar. Renew Energy designs top quality biogas plants and biorefineries worldwide. It turns out that Solar is chosen due to various reasons which can be further explored here.

The entire idea and policy of garnering solar energy to reduce carbon footprint has turn it into one humongous business. Investinghaven team believes that it is a win-win situation by assisting our readers and investors to identify potential solar stocks that they can invests in which ultimately will translate to a much greener environment.

The solar panel market has shifted from trial stage to early adopter stage. According to ResearchMoz, the global market for solar panels is expected to reach US$180.7 billion by 2021. The Chinese government’s significant investment in solar PV is the major driving factor. China was the market leader in terms of the installed capacity as of 2015, having a total capacity of 43.530 MW. Germany, Japan, and the United States were holding the second, third, and fourth place, respectively.

Hence, we have identified four solar related stocks that could be a multi-bagger in the future. But first, we will look into the Guggenheim Solar ETF, TAN to find out on its potential.

4 Solar Stocks For 2018 As The Solar Sector Breaks Out

Solar sector ETF TAN offers targeted exposure to the solar power energy, making it potentially useful for investing on long-term adoption of this energy source. Like many granular ETFs focusing on specific sub-sectors TAN doesn’t offer tremendous diversification; there are only about 35 individual components–including both U.S. and international stocks–with three or four names accounting for a third of assets. Investors seeking broad-based exposure to clean energy may want to take a look at ICLN or GEX, while KWT offers another option for targeted solar power exposure.

TAN’s hyper-targeted focus makes it appropriate only for a select few, but for those seeing to overweight the solar power space this ETF can be a nice option.

Ever since TAN has been introduced and tradable in Apr 2008 this ETF has been in a non-stop downtrend. After achieving a real bottom in Nov 2012, price has been consolidating for 7 years making the bottoming formation look potentially like a W pattern. Though April’s monthly candle is not completed yet it does seems that price has finally broken the blue downtrend line to the upside.

Note that breaking out from a downtrend is not a big deal as there is no guarantee that price will move straight into a bull market. With this in mind, we evaluate individual stocks and their upside potential.

First Solar, Inc. provides photovoltaic solar energy solutions in the United States and internationally. It operates through two segments, Components and Systems. The Components segment designs, manufactures, and sells cadmium telluride solar modules that convert sunlight into electricity. This segment offers its products to integrators and operators. The Systems segment provides turn-key photovoltaic solar power systems or solar solutions, such as project development; engineering, procurement, and construction; and operating and maintenance services to utilities, independent power producers, commercial and industrial companies, and other system owners. The company was formerly known as First Solar Holdings, Inc. and changed its name to First Solar, Inc. in 2006. First Solar, Inc. was founded in 1999 and is headquartered in Tempe, Arizona

Overall, price of First Solar fits into a downtrend channel as seen above. After going through huge fluctuations from Nov 2006 to the peak in 2008 it bottomed in Jun 2016. From then on, prices better behaved better, and compressed into a smaller range. At the time of writing, price has made its way nearing the channel resistance for an attempt to break above. Based on our understanding of price behaving, there are two potential ways price could evolve into a bullish scenario in the future. Either price could break out convincingly over the course of the next few months (black arrow) or prices would retrace to around 40 resulting in a potential inverted right shoulder before proceeding to channel resistance. As long as the support level at 40 is not breached we will remain cautiously bullish until proven otherwise.

Sunrun Inc. engages in the design, development, installation, sale, ownership, and maintenance of residential solar energy systems in the United States. It also sells solar leads. The company markets and sells its products through direct channels, partner channels, mass media, digital media, canvassing, referral, retail, and field marketing. Sunrun Inc. was founded in 2007 and is headquartered in San Francisco, California. Without great demand, Sunrun will not be aggressive seeking external funds to grow.

Sunrun only began trading on Aug 2015, hence we look at the daily line chart. The entire price structure seems to fit into rounding bottom so far. Ever since hitting a high of 13.8, its price dropped back to a low of 4.9 and then hit the ceiling at about 8.3 which continues to consolidate for two years before prices finally break above 8.3. Seems like price has found decent support at around 7.8 – 8.3, and, if this remains strong, its price could consolidate a little longer before proceeding to challenge secular resistance at 13.8. Should prices break below 7.8 or even below the blue line we would change the outlook to a clear bearish bias.

SunPower Corporation is an American energy company that designs and manufactures crystalline silicon photovoltaic cells and solar panels based on an all-back-contact solar cell invented at Stanford University. The company is majority owned by Total, a French global energy company. Sunpower delivers complete solar solutions to residential, commercial, and power plant customers. The Company’s segments include Residential Segment, Commercial Segment and Power Plant Segment. The Residential and Commercial Segments combined are referred to as Distributed Generation. The Company offers solar module technology and solar power systems that are designed to generate electricity over a system life over 25 years; Integrated Smart Energy software solutions that enable customers to manage and optimize the cooperation center of excellence (CCOE) measurement; Installation, construction, and ongoing maintenance and monitoring services; and financing solutions that provide customers a range of options for purchasing or leasing solar products at competitive energy rates

The monthly chart of Sunpower resembles First Solar in a way. Price has been compressing into a descending triangle. Over the course of the next months a big move will come on either side. If the entire Solar industry is going to boom, then we will follow the notion that price will break above the triangle and challenge 11.55 before proceeding to break above the top of downtrend channel resistance. However, there is a little tug-o-war with the tariff issue by President Donald Trump. Should prices break below the triangle it would look more bearish.

Historical data of CSIQ shows the proverbial ‘trapped’ formed by the price range from 2 to 50. There has been a consolidaton between 10 – 20 since mid-2016. If the entire Solar industry takes off, it would spell a very bullish scenario for CSIQ. We expect its price to reach 25 by 2019 before breaking out above the downtrend channel resistance. If price break below 10.5, it would not bear well for the next 1-2 years.

The concept of using sun as an energy source is not new; even during ancient times the Greeks, the Chinese and the Native Americans were using the sun to warm their homes and keep them disease free. However, combined with modern technology, the use of Solar energy can improve our quality of life tremendously as well as making a greener and more sustainable environment. Solar business still remains a high capital entry business with actual ROI not clearly well documented. Always ensure to check out the home generator reviews before buying them, as they are more of an asset to your home.

Investors are encouraged to exercise due diligence when looking for exposure in Solar stocks.