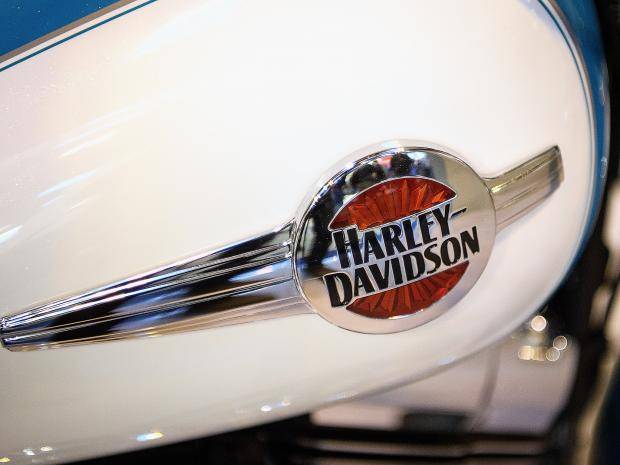 Harley Davidson is the household name of motorcycles. Its sound, the elevated handle bar, the prestige are among of the things that did not fail to impress the world. Many even dream about driving an Harley, and this really is the way this motorcycle has been been hyped by the advertisements. However, the reality is that the financial report of the company has not been very good lately, and the company had to lay off 180 employees. So is Harley Davidson a stock to consider buying?

As always, InvestingHaven takes the perpsective that is really relevant for an investor by looking at the monthly chart to get the big picture view first and foremost.

The monthly chart of Harley Davidson (symbol HOG) seen below shows the major bottom in July 2017. Since then, this stock has gone up in order to test previous highs. Lately, HOG has consolidated in a tight range for 4 months. The entire price context looks potentially like an inverted head and shoulder or rounding cup. Hence it pays to enter a position now rather than later. At the time of writing this article, the price is $50.5.

The first conservative target kicks in around $60, followed by an attempt to reach and break previous heavy duty resistance of $74 to $76 by 2018 (also the highs set in Nov 2006 and Apr 2014). The price of $100 is achievable provided that the price breaks beyond those all-time highs.

The flipside of this story: a bearish scenario would play out once this stock falls below 44.50, it would invalidate our projection outlined above.

As always, smart investors trade with an open mind.