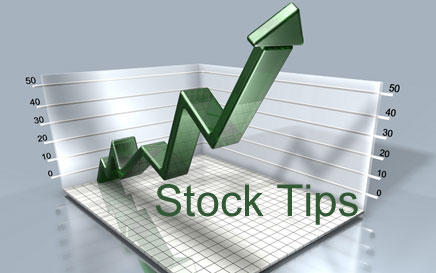 Ever since Deng Xiao Ping started the economic-reform in 1978 China started opening up to the outside world in a gradual way. The interaction between China and rest of the world has led economists and investors to conclude that China will be a formidable power that cannot be ignored any longer in terms of its sheer size, politics, economy, and so on.

Now let’s fast forward to today. Given the prosperity of China today compared to 39 years ago, its undeniable transformation and progress is well witnessed by the world. Though everyone can feel the changes visually, hard data can be used to verify the underlying economic picture in China.

Fig 1 shows the annual growth rate GDP of China since 1990.

China’s GDP experienced a huge roller coaster swing from the low of ~4% to a max of ~15% spanning 25years (1990 to 2012). We would associate this with trial and error (a transitional period) loaded with many changes in its economic policy in order to path the way for a more consistent and predictable growth in the future. It is only after mid 2012 that GDP started to stabilized between 6 – 8%.

However, should this type of GDP continue, China could fall into stagnation or even facing the peril of recession which is why we believe that the latest business deals1 mounting to ~250 billion USD inked by the delegates of USA and China during President Donald Trump’s two day visits (8th – 9th Nov 2017) to President Xu JinPing of China reinforces the intention of China to see growth of more than 7% in the years to come.

Although it sounds like a big deal, this is just an on-going bilateral trade agreement to benefit each other. Besides, if you still remember the amount of US bonds, stocks and toxic assets China bought from the USA right after the 2007 global financial crisis, Donald Trump would definitely want to return the favour to China.

What this great economic outlook means to markets: strong bullish energy in specific sectors and companies

We will start our chart review with the Shanghai Composite Index, followed by the sectors and finally evaluate 5 of those China companies have a potential to be 5-10 baggers.

The Shanghai Composite Index (historical monthly chart fig 2) having a base date since 19 Dec 1990, was launched on 15th July 1991. It had an exponential growth for 1.5 year before it went into consolidation mode. The second wave higher with a parabolic move started in Nov 2005 and it lasted for almost 2 years to coincided with the global financial crisis in Oct 2007. The index had a drop of 70% from its peak value ~5900. There was another crazy move of smaller magnitude in June 2014 and that rally lasted approximately a year until it had a mini crash.

Taking a step back and adopting a forest view, it is easy to recognize that the index has been consolidating in a huge triangle since 2006. This is the most tricky and difficult scenario to make a projection when price is stuck halfway of the consolidation triangle as it has equal chances of going upwards reaching ~4600 or retracing again to ~2200. And certainly, the neutral situation will be a hovering around 3380 for a longer time which could be detrimental for the economic health of China going forward given the amount of effort involved internally to spur growth via economic policies and externally to attract foreign investments.

It is very natural for foreign investors to feel hesitant investing a developing market especially when uncertainties (also intransparencies) are still around. At the same time, we are not surprised that local investors will share the same sentiment too as they just experienced a stock market collapse just 2.5 years ago! As the saying goes “time and tide wait for no man”. By the time a bull market has been confirmed, the risk of entering becomes 2-3 times higher. The question of which stocks investors should buy for their portfolio will be answered in this InvestingHaven article which was the result of long and thorough research. We analyze the favourable sectors and most resilient stocks with some risk management in mind.

The price mentioned on the charts are Chinese renmimbi YUAN.

The financial sector chart (fig 3) especially the banking sector (fig 4) is poised to break out of the consolidating triangle. Once it successfully breaks out, the financial sector will be rallying which would be the result of the latest attempt to raise the ceiling on foreign ownership of securities, fund management and futures trading joint ventures to 51 per cent and remove all limits on foreign investment in such companies after three years. In addition, China will also eliminate the 20 per cent ceiling on ownership of a Chinese commercial bank or asset management companies by a single foreign investor. This will without any doubt become the impetus for exponential growth fundamentally.

According to our chart analysis of the financial sector the irresistible #1 business to own is non-other than Industrial & Commercial Bank of China – ICBC (Ticker 601398 listed in Shanghai Stock Exchange, SSE). Ever since emerging as the largest bank in world ranking since 20132, ICBC has maintained its leading position in terms of assets and profits … until today3 .

The monthly chart ICBC (fig 5) shows that it is has been moving around 5.85 – 6.3. Should 5.8 support hold, and price move above 6.30, an upside target of ~8.70 (or ~38% return) by end of year 2018 is what we forecast. However, price could continue to consolidate around the current area and result in a worst case scenario drop back to 3.20. We have a bullish bias for the bullish scenario though. Ultimate projection target base on the rectangle consolidation box is ~22.50 pending on the continuous growth of the entire economy.

Within the financial sector, Investinghaven’s #2 is China Life Insurance Company (Ticker 601628 in SSE). This insurance company is highly regarded of having larger upside potential compared to its competitors based on the monthly chart (fig 6) shown below. Price has immediate resistance of 33, and has a near term target of 41.7 for 2018. Ultimately, our 5 year target is 74.5. Bear in mind that immediate downside risk is 31 and ~26.

Besides the large population base, increasing amount of foreign investment will indefinitely boost the insurance coverage in China.

#3 business to own is CITIC Securities Co., Ltd (Ticker 600030 listed in SSE). It is a subsidiary of a state-owned investment company of the People’s Republic of China – CITIC Group Corporation Ltd., formerly the China International Trust Investment Corporation has been one of the pioneering conglomerate attracting / managing / utilizing foreign capital in China since the approval of Deng Xiao Ping in 1980! In order for foreign investors to own A-shares in China, foreign institutional investors will surely team up with local securities and asset management companies in China to facilitate and formulate this lucrative business in time to come.

The monthly chart of CITIC Securities (fig 7) below depicts a potential massive U shape consolidation this stock has been undergoing since the global financial crisis in Oct 2007. The potential target of ~35 is very possible in 2018. The drawback would most likely be ~13 should this stock retrace before it starts rising.

China state-owned property developer, Poly Real Estate Group (SSE, ticker 600048) fig 8, makes the #4 on InvestingHaven’s top pick list. With the easing environment of one-child policy in early 2016 to the two-child policy, we expect the demand for housing to gradually rise. We see a potential target of ~16 by 2018 and ~29 beyond 2018. The flipside (bearish scenario) would kick in once the price falls below ~10.

The consumer staples sector (fig 9) consists primarily of liquor manufacturers, breweries, distilleries and a few food companies in which we will not deep-dive moment even knowing that the sector index is currently a leader.

The healthcare sector (fig 10) consists of only pharmaceutical companies. As the monthly chart shows, if price were to break through resistance this sector will be one of the leading sectors in 2018, unless it fails to break to the upside and reverse instead.

The #5 on Investinghaven’s list is Shanghai Haixin Group Co Ltd (Ticker – 600851 in SSE) (fig 11). This stock is eyeing a target of 17 by end of 2018 and higher beyond 2018. Should the price break below the lower triangle trendline, the outlook will change towards neutral or slightly bearish. The strong point is their latest decision to focus on biomedical medicine and pharmaceutical capability leveraging the booming pharma industry in China.

There is no SSE Technology sector index because the companies listed are the large, state-owned companies responsible for China’s economic growth. Majority of the investors are pension funds, banks and investment companies.

ShenZhen Stock Exchange (SZSE) is the exchange to look for as it trades the shares of smaller, more entrepreneurial or technological companies. That’s because these privately-owned businesses are more innovative and more profitable than the state-owned companies. A lot of tech companies are listed there, making this exchange almost the ‘NASDAQ of the East’!

It is well known that the big e-commerce companies such as Alibaba (BABA), CTrip (CTRP), JD.com (JD), and Baidu.com (BIDU) from China are already listed in NYSE or Nasdaq, hence we will not analyse these stocks here.

When a country is developing very fast, cement and sand are very much the core materials required to build solid construction foundations. Similar to Lafarge in France, Holcim in Switzerland, the biggest cement company in China will be Anhui Conch Cement Company Limited (Ticker 600585 in SSE) – the #6 in InvestingHaven’s list. It is currently the No 2 Cement Company in the world and look set to dethrone Lafarge in the near future. The monthly chart (fig 17) looks very interesting with price consolidating in a massive ascending triangle and poised to break above ~30.7 with a potential target of 45 by end of 2018.

The last stock that makes up our list is China Eastern Airlines (SSE, Ticker 600115). We are a little bit surprised because airlines are cut-throat business that have lead several well known airlines to incur losses. Nevertheless, this does not stop China Eastern Airlines to buy more planes from Boeing and Airbus4. Imagine this, if China Eastern Airline has not done their due research thoroughly, they will not be pumping money to upgrade and increase their fleets. Besides, with more investors travelling to China, its business will surely get an uplift. The price has to break immediate resistance of 7.6 as shown on monthly chart (fig 18) and a conservative projection of getting to ~13 by 2018

As China A-shares and B-shares are limited to Chinese citizens are gradually opening up for foreign ownership be sure to check whether your broker has access to A and B shares if you are residing in countries other than China. There shouldn’t be any problem for China based investors.

Investment or trading carries risks that could exceed your initial capital, we encourage you to exercise discretion and discussion with your certified financial advisor before making any decision.