Commodities And Emerging Markets About To Start A New Bull Market In 2017? 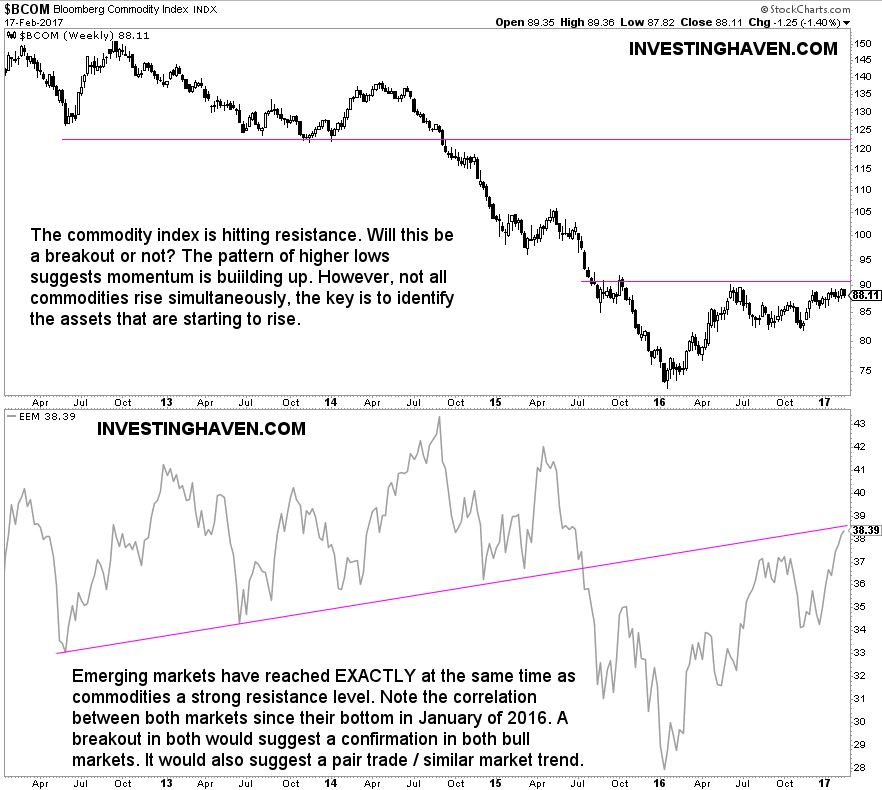 InvestingHaven’s research team tends to be prudent with market correlations. The fact of the matter is that correlations tend to work temporarily, always in the context of a primary market trend. What happens next is interesting. As the media continue to focus on a market trend, it becomes a narrative. However, investors continue to look at markets based on that belief even after the correlation stops working (because a new market trend started). That is how the market confuses most investors.

The key insight by InvestingHaven is to always verify the validaty of a correlation.

Back to the ongoing market correlation between commodities and emerging markets. Since last year, both markets are highly correlated, as evidenced by below chart. The more important observation, however, is the fact that both markets simultaneously are trading at a major price level:

As commodities and emerging markets are highly correlated at this point in time, it does not really matter in which market one is invested in, as they tend to move in the same direction.

InvestingHaven analyst Taki Tsaklanos suggests to closely watch both markets. If both are able to break out it is a confirmation of strength in both,  the validity of the correlation, and the start of a new bull market in both markets. “But one can expect some weakness around these major price levels, so a bit of patience is warranted to see how a retracement plays out.”