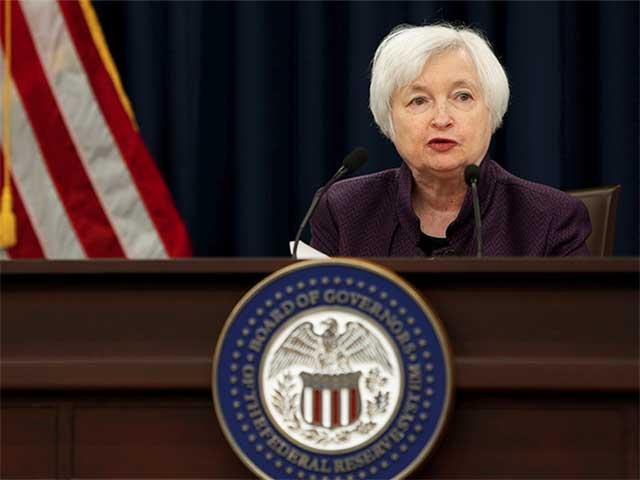 The U.S. Fed talks, markets move. That’s how it has always gone in the past. The question is: what to make out of it? Or, stated differently, does it make sense to even try to make something out of it?

First, let’s see what exactly the message of the U.S. Fed was, specifically on Thursday (Dallas Fed President) and Friday (Mrs. Janet Yellen).

The Globe and Mail writes:

Dallas Fed President Robert Kaplan on Thursday advocated a go-slow approach to further tightening after two hikes so far this year, saying he first wants to see more evidence that inflation is heading back up to the Fed’s 2-per cent goal.

Fed Chair Janet Yellen also said on Thursday that the central bank’s further rate hikes could be gradual, given persistently low inflation despite an improving economy.

Economic Times notes that “almost all the central banks be it the US Federal Reserve, European Central Bank, the Bank of England or the Bank of Canada, each one is preparing the markets for a gradual withdrawal from accommodative monetary policies.”

So, all in all, it is about the absence of inflation and slow economic growth. Because of that, interest rate hikes could go slow.

The key thing investors have to understand is that these words are not correlated to market changes in a direct way. In other words, it’s not because of the fact that Mrs. Yellen says that interest rate hikes will slow down that rates do go down after her announcement. Let’s not forget that markets already continuously anticipate on what will come … so “buy the rumor sell the news” is what is mostly relevant.

What happened yesterday, right after the announcement, is visible on below chart:

What is the issue here? There is one disconnect: bonds and interest rates. They move in opposite directions during the day, and close the day at the same point before the announcement. That suggests unclarity.

Interest rates are a critical component in markets, according to the research team at InvestingHaven. They are the central point in markets, and have much more influence on other markets (which we call intermarket dynamics) than anyone can imagine.

The fact that stocks and bonds went higher, simultaneously, is counter intuitive. Stocks represent risk, bonds are risk averse. So how can both go up together? The fact that bonds fell (interest rates rose) in the second part of the day is telling. It suggests that we are still in a risk-on environment, with rates likely to go higher. But the fact that bonds closed at the same level as before the announcement could suggest that things are unclear, and that opposing forces are at play.

All this suggests that stocks could continue to rise, interest rates as well which would be bad for gold. However, this is exactly where markets get disconnected. One day does not make a market. We have to give it a couple more days, and follow how things play out.

One things seems clear: the disconnect is interest rates / bonds. It needs close attention, as they influence other key markets like stocks / gold / currencies in a meaningful way. It is really fine to identify that some trends, like, in this case, bonds / interest rates are unclear. It just needs close followup, not only on how they evolve, but also how they impact other markets (intermarket dynamics). And that is the point we try to make in this article: bonds / interest rates need close attention the coming days. 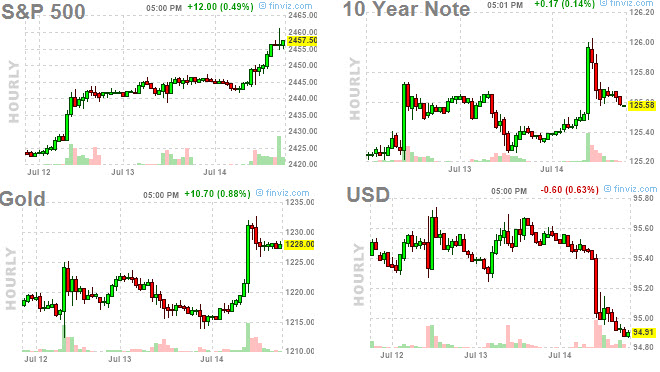