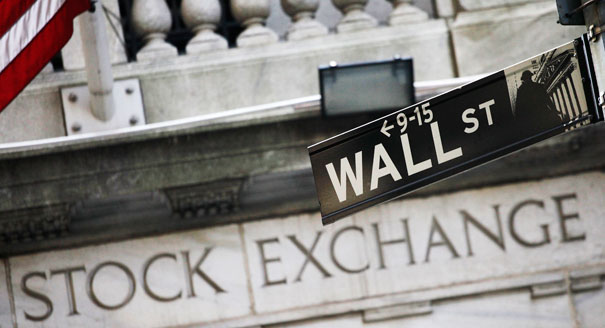 As the last two trading weeks of 2017 kick in the investment community is fully focused on the Federal Reserve’s last rate decision of the year. Mainstream financial news articles are all over the place; they are full of detailed economic analysis with projections of ramifications in case a rate hike takes place or not. Just a few examples to illustrate this: see here, here and here.

With so many mixed opinions, and even feelings, vis-à-vis a rate hike, InvestingHaven’s research team did what it always does: stay cool, look at things in an unbiased way, and get to the core data points that are important for investors. As always, our team chooses to stay outside of the frenziness, and continue to emphasize on the ultimate compass for investors: the charts.

The rationale behind our stance is that price will move in the direction it wants to move in the long run. The outcome of one rate decision is at best going to result in a knee-jerk reaction after which the price will continue to move in line with the underlying trend.

Needless to say, there has been a rotation into financial stocks, and, in particular, banking stocks, which we already highlighted more than a year ago! 18 months ago we wrote Financials Setting Up For Very Strong Rally and more than a year ago we wrote Financial Stocks Will Be Outperformers. A trend is a trend and remains a trend until proven otherwise.

4 banking stocks which deserve a buy rating in 2018

The monthly XLF ETF shown below had a steep collapse in Oct 2007 as the credit default swap bubble burst. By early 2009, the Federal Reserve stepped in and proposed a gigantic package of QE with ~0% interest rate that ‘saved’ the financial sector (at least, that is how they present it). The path to recovery encountered 2 significant corrections: one in 2011 and one in 2015. We project that the price of XLF will hit 31 points by mid 2018 unless a major stock market crash hits.

As such, we identified 4 banking stocks that have huge upside potential in 2018 and beyond.

The stock price of KeyCorp broke a massive resistance level of ~16.2 in Nov 2016. After a year of consolidation, price again broke a lighter resistance of 19.60 recently. Our aggressive target is ~30-31 by the end of 2018. We reckon price will attempt to hit ~40 beyond 2018. As prices do not go up in a straight line, occasional knee-jerk short term reversals are likely to take place. There is an immediate resistance zone of ~21 – 22.5 which can cause price to retest 19.5.

The monthly chart of Regions Financial Corp looks almost identical in the big picture. The price broke up of 16.10, and looks poised to hit at least 21-22 before taking a breath. This is likely to be followed by a potentially optimistic target of ~38

PBCT has been consolidating into a semi-rounding cup pattern since 2007, and price is likely to approach major resistance of ~21-22, before a projected massive break UP target of ~40 provided it happens. Should price broke down of the cup, next two level of support are ~15 and ~11 respectively.

Bank of America, one of the household banks in America that wasn’t spared by 2007 global financial crisis has a nice monthly chart as it seems to provide a clue of future direction. After 6 years of consolidation (first pinkish purple box) its price rose at 45 degree angle for good 3 years before a major correction took place. The second highlighted box, though not identical to first box, has very similar “small letter r” movement for a period of 7.5 years. From this, the projection woull be 45 degree steep move to get as close as ~53 by 2020.

Note: as much as we are bullish and aggressive on the projection of target, getting in at the right price for the long term can significantly reduce the risk or loss should our projection outlined in this article fail.