4 Biotech Stocks That Are Potentially Setting A Major Double Top 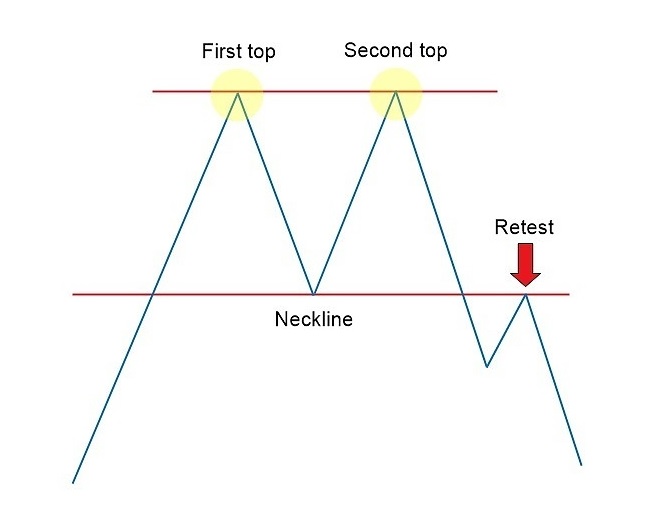 There is one very important investment concept that every successful investor fully understands and respects: Sector Rotation. It is a common theme by portfolio managers. InvestingHaven’s research is a huge fan of stock rotation within a sub-sector where the leaders will either top up for potential reversal giving ways for the bottoming stocks a chance to become bullish. Approximately one month ago, we wrote about 4 potentially bullish biotech stocks, followed by another article on a potential breakout of the biotech sector.

The following 4 leading biotech stocks have shown signs of fatigue and look set for mid-term bearish outlook unless very strong buy signal would emerge in the very short term.

Regeneron Pharmaceuticals, Inc. (Nasdaq: REGN) is a biotechnology company headquartered in Tarrytown, New York. The company was founded in 1988. It operates as a biopharmaceutical company discovering, inventing, developing, manufacturing, and commercializing medicines for the treatment of serious medical conditions. The company involves in marketing medicines for eye diseases, colorectal cancer and a rare inflammatory condition and has product candidates in development in other areas of high unmet medical need, including hypercholesterolemia, oncology, rheumatoid arthritis, asthma and atopic dermatitis.

For almost 19 years, the price of REGN was consolidating in a big range of 6 – 24, and in there it set an extreme low of 3 and an extreme high of 57. After going through 3 highly volatile quarters with whipsawing around 57 in 2012, price finally broke above and went skyrocketing with a 870% gain reaching the top of 530. It took REGN roughly 3.5 years to form a double top and price breached the neckline of the double top at ~335.

Going forward, the next thin support sits around 275 and if this fails to hold then ~180 will be the next retracement target. It will not be very likely that ~180 would give away but if does then prices would fall all the way to 60.

Biogen, Inc (Nasdaq: BIIB) is founded in 1978 and Headquartered in Cambridge, Massachusetts. It has the leading portfolio of medicines to treat multiple sclerosis (MS), has the first and only approved treatment for spinal muscular atrophy (SMA) and is at the forefront of research into new medicines for neurological and neurodegenerative conditions. It is only traded starting year 2011

The enlarged BIIB chart shows that price has been dropping ever since the 336 – 356 area negated a breakout. 205 – 238 is the next big support zone which we expect to encounter volatility and whipsaw. Should this big support zone fail to hold, 150-157 will be the next potential downside target.

Illumina, Inc. (Nasdaq: ILMN) is incorporated in April 1998 that develops, manufactures and markets integrated systems for the analysis of genetic variation and biological function. The company provides a line of products and services that serve the sequencing, genotyping and gene expression and proteomics markets. Its headquarters are located in San Diego, California.

Illumina’s technology had purportedly by 2013 reduced the cost of sequencing a human genome to US$4,000, down from a price of US$1 million in 2007. Customers include genomic research centers, pharmaceutical companies, academic institutions, clinical research organizations and biotechnology companies

ILMN had a V shape consolidation for ~8 years starting from 2000 and finally broke above 24. Subsequently it made a gain of ~850% before being rejected at 240 twice, 1st time in July 2015 and 2nd time in Jan 2018. These two rejections leave the stock a potentially double top price action. If price successfully breaks above 250 and goes up further the bearish outlook will be negated. Should the double top materialize then an important neckline support will become ~120 – 128. The inability of this support zone to hold will see price plunging towards next support level of ~80.

Celgene Corporation (Nasdaq: CELG) is an integrated global biopharmaceutical company engaged primarily in the discovery, development and commercialization of innovative therapies for the treatment of cancer and inflammatory diseases through gene and protein regulation. There are more than 300 clinical trials at major medical centers using compounds from Celgene. Investigational compounds are being studied for patients with incurable hematological and solid tumor cancers, including multiple myeloma, myelodysplastic syndromes, chronic lymphocytic leukemia (CLL), non-Hodgkin’s lymphoma (NHL), triple-negative breast cancer and pancreatic cancer.

CELG commenced trading in 1987 at the price of 0.48 and range bound between 20 – 80 cents for good 12 years before a convincing break above the resistance of 0.85 took place. Subsequently, price went up very steep to a top of 9.6 that coincided with the dotcom bubble crisis before settling down around 1.5 – 2.0. It took 17 years for prices to consolidate into a mega rising-wedge before a convincing break-down in Oct 2017 thereby forming a double top pattern. At the time of writing, price was trading nervously around the neckline of 93.6. Unless price makes a reversal at the current level and breaches the previous top of 147 our bearish stance holds. The next foreseeable downside target is ~87.4, inability to hold this level means further downside of ~66.70. We will have to consider newly added price candle should it falls to 66.7.

For those investors who have any of the above stocks, the easiest way is to take some profits without being concerned. Investors who do not have the shares and wish to go short should be careful. Although there are multiple options to shorting stocks it is imperative to know how to do it. Moreover, when to cut losses should the price trend higher after entering a short postion? We wish to remind investors who are new to shorting that has equal risks as buying stocks, and, presumably, it is even a higher risk. It is advisable to paper trade until being successful in the concept of shorting.