Casino Investing: Gaming Sector ETF Could Be A Market Leader In 2018 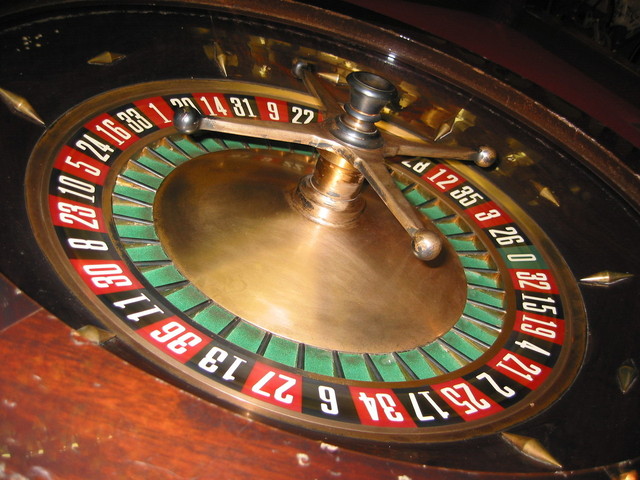 By monitoring a sector ETF investors can get visibility on the money flow in and out of its components, especially when such an ETF is exposed to global stocks.

We received an alert from our researchers that the gaming sector ETF could be the next big thing. BJK – VanEck Vectors Gaming ETF launched on 22nd Jan 2008, set up with the intention to track the overall performance of global companies involved in casinos and casino hotels, sports betting, lottery services, gaming services, gaming technology and gaming equipments. So, it is advantageous to have a knowledge on the happenings and specifically, about casinos, like how do no deposit casino bonus codes work. This is important because obviously, this business involves huge amounts of profits.

The top ten holdings (courtesy of www.vaneck.com) are shown in below diagram : 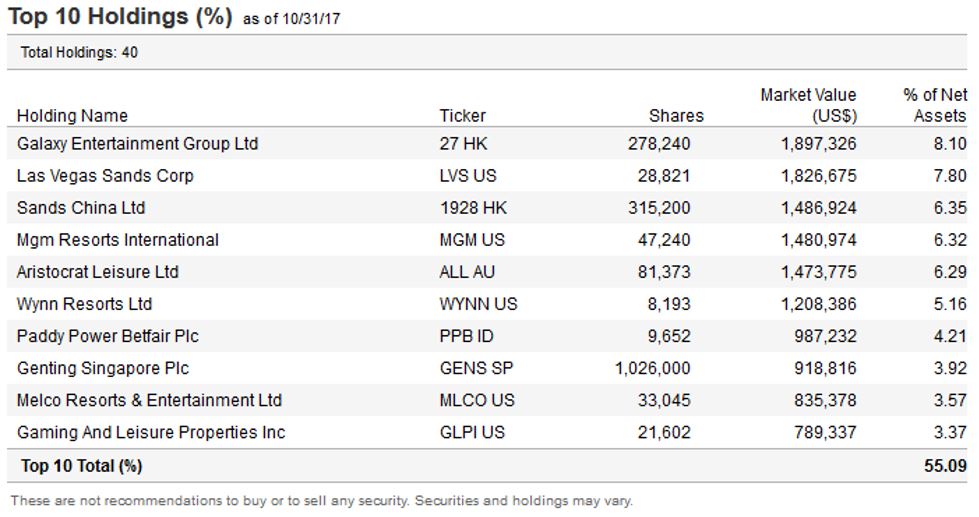 A weekly chart of BJk shows that it has the potential of reaching previous highs at 55 within the next two years. Bear in mind that if a reversal happens, it could retrace back to 37 although the former has higher probability.

Above is the weekly chart of Wynn Resorts. The stock faces immediate resistance at 170-175. The ultimate price target is the previous top of 250 which could be met within next two years IF market does not have a hard fall.

Las Vegas Sands (LVS) is the pre-eminent developer and operator of world-class Integrated Resorts that feature luxury hotels; best-in-class gaming; retail; dining and entertainment; Meetings, Incentive, Convention and Exhibition (MICE) facilities; and many other business and leisure amenities. They pioneered the MICE-driven Integrated Resort, a unique, industry-leading and extremely successful model that serves both business and leisure tourism markets

The weekly historical chart of LVS shown that price has finally broke out of the downtrend resistance line.

If all goes well, we foresee LVS to hit ~88 by 2018 and the ultimate target of ~147 – the previous 2007 top if the retracement does not block upward momentum too much.

Surprisingly, the recent shooting incidents didn’t stop the upward movement of the price, which confirms that price has nothing to do with fundamental,s although short term bad news could trigger a knee-jerk stock price reaction.

Investors should have a plan to mitigate the drawback should price engage in a mid-term retracement.

The reason we choose to check the charts of these three companies is that they have a three way race for the licenses to build casino resorts in Japan, as Japan has legalized casino operations last year, and is currently formulating laws for the industry

As always, investors must do their own due diligence before allocating funds to this sector.