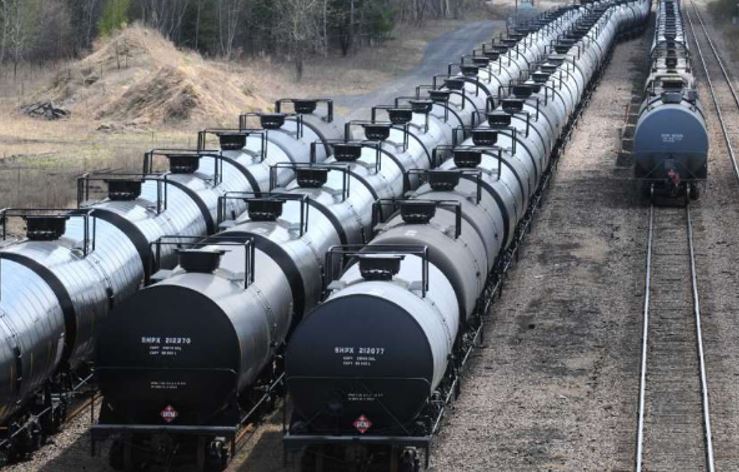 The price of crude oil (OIL) rose more than 3 percent yesterday. In September 2017 crude oil rose from $46 to $52 which is good 10 percent. In the same period of time energy stocks (XLE ETF) from 61 to 68 points, also good 10 percent. Is this reason to be bullish on the oil sector?

The short answer to that question is “not yet”.

The long answer is basically not as long as you would expect. Interestingly the chart of both crude oil as well as energy stocks (XLE ETF representing energy stocks) are both bumping into heavy resistance.

Crude oil has a giga resistance area starting at 54 USD. In the last 3 years crude oil has spent 90 percent of the time below 54 USD. The purple bar on the chart makes that point.

There is no reason to be bullish on energy and crude as long as crude oil trades below 54 USD.

The chart of energy stock has a similar look as crude oil though it has sharper peaks and troughs. There is a similar resistance area spanning over a similar time period. XLE only becomes bullish once 69 to 70 is broken to the upside, with the ultimate breakout area being 75 points.