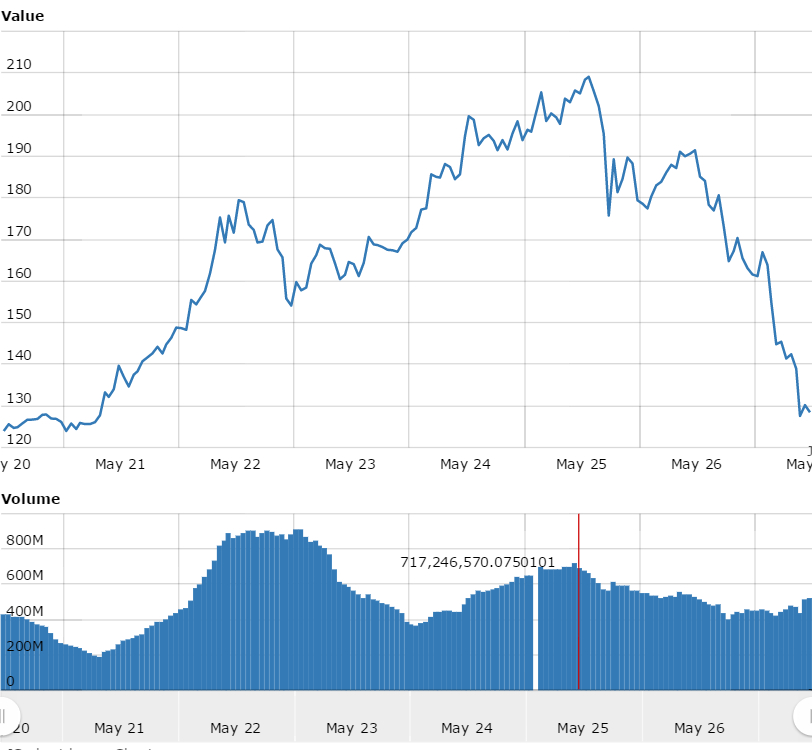 Ethereum’s price is in crash mode. After it touched $210 just two days ago it dropped to $130 today. This is roughly a 38 pct price crash in Ethereum (ETH) in 48 hours. Enough reason to panic? Is our Ethereum price forecast for 2017 still valid?

The short answer to both questions: no reason (yet) to panic, and our Ethereum price forecast is valid.

Ed. note: we have posted an update on this article, see the bottom paragraph. The conclusion we are deriving from the last 48 hours is it was merely a ‘flash crash’ and a sufficient number of buyers were present to push Ethereum prices higher when crashing. That is VERY BULLISH.

That may sound counterintuitive. When looking at the crash on the price chart of Ethereum it really looks ugly. The first chart makes most people doubt about the recent price rise in Ethereum. Some start calling it a bubble. This author on CNBC, for instance, says that he is “afraid of the bubble bursting, but it could go on bubbling up for a long time still.” He would probably argue that this is the end of the Ethereum bubble, but we would thoroughly disagree with such a statement.

However, it is not wise to only look at this timeframe. The first chart features an hourly chart on one week. It is really the peak itself that is shown, and that view is way too narrow.

The Ethereum price crash in perspective on Ethereum’s daily chart

Investors never should look at one timeframe only, never. The safest approach when reading charts is to look at the hourly, daily and weekly timeframes.

We would say that there is nothing to worry as long as Ethereum remains above $80. That is the line in the sand. 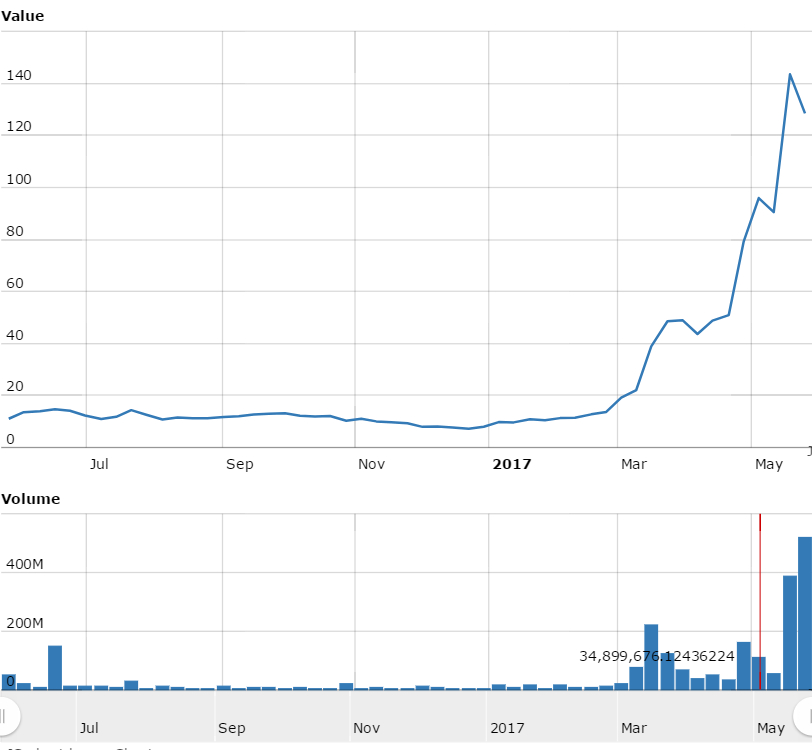 After the strong correction on Friday 26 May and Saturday 27 May, the price of Ethereum largely recovered on Sunday 28 May 2017. The fact of the matter is that, in the bigger scheme of things, it was just another blip similar to two others we have seen in 2017.

What this really means is that there are sufficient buyers at lower prices. That is of utmost importance in a bull market: buyers have to step in once speculators start selling.

The conclusion is simple and clear: it was simply a flash crash driven by speculator selling. A flash crash is known to be temporary in nature.

We continue to believe that InvestingHaven’s Ethereum price forecast of $550 is still accurate!