General Electric: Has This Stock Fallen Enough To Consider Going Long In 2018? 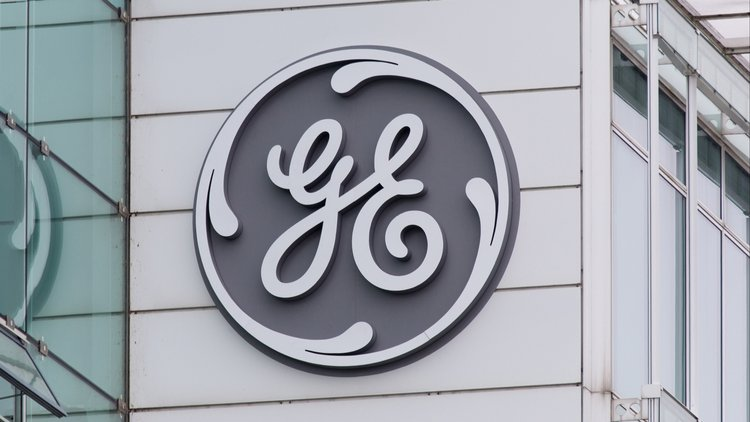 The world’s industrial darling since 125 years – General Electric Company (Ticker GE, listed on the NYSE) – is a formidable household name that reaches almost every corner of the planet with an unimaginable array of solutions. It is one of the largest and most-diversified conglomerates that laid its hand in every single business that has a profitable outlook.

Every single time a light is switched on it is due to a phenomenon attributed to Thomas Edison. Let’s not forget that this is how GE started as a company. Ever since Sir Jack Welch became the leader of GE his philosophy of managing and running the business has propelled GE’s share price from around 1.30 all the way to the very top of ~60 dollar right before he was followed up by Jeff Immelt. That was nearly a 4,000% capital gain from bottom to top. Contrary to investors’ expectation GE’s share price actually topped out and moved south since then.

Financial analysts have a mixed explanation of why GE’s share price has dropped ~42% from its 2001 top (under the lead of Jeff Immelt). Adding oil on the fire GE will be shedding nearly 12,000 jobs in its power business unit anytime soon, and the marriage of GE being constituent of Dow Jones Industrial Index could be on the rock again.

On the flipside of this GE has a massive delivery at hand for delivery in 2018.

As always, InvestingHaven’s team makes only comments based on a price chart. Let’s look at what GE’s price chart is signaling.

The monthly historical chart of GE shows the enormous price gains under the leadership of Sir Jack Welch up to 2001 (light blue area).

We have received phone calls and emails since September 2017 to seek advice on whether GE is a buy in 2018. Almost 95% of the blog posts we have published so far are focused on the upside of a stock or an asset. For GE, we would like to have our downside projection plus some company evaluation to justify our estimate.

The blue uptrend line from 1981 that also connected the bottom of 2008, when extended towards the right side of the chart, touches ~11 depending on the angle of future price movement. The first important support is projected to be ~14, and, if this price zone fails to support, then very likely GE’s share price can drop to 10.95.

Based on reliable company valuation data points from their annual report and projected earnings growth rate we see that the Graham number and intrinsic value are much lower than what InvestingHaven has projected. 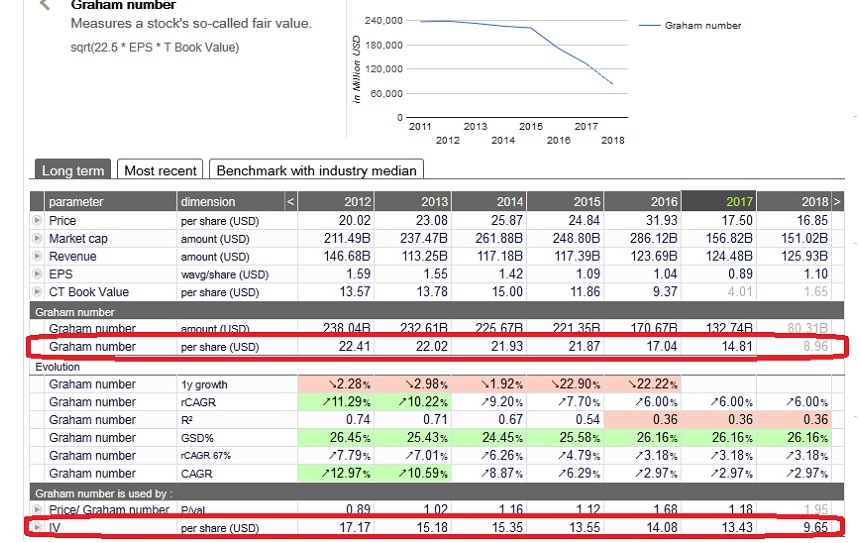 Readers should note that regardless of whether technical or fundamental analysis is used to evaluate the health of a company it always boils down to a projection of future prices. For what is worth, price could literally engage in a quick reversal to prove us wrong.

Please do your own due diligence and discussion with your certified advisor before making any investment decision!