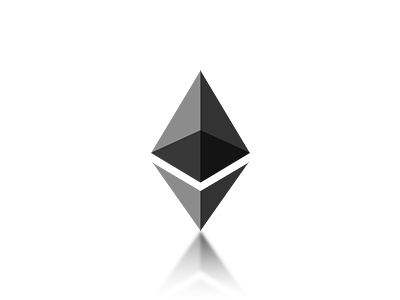 The month of June has been eventful for the price of Ethereum to say the least. It is the month we have seen it reach new heights and Break the $400 mark, which happens to be the first price target from our Bullish Ethereum forecast in Investing Haven. During the month of June, we have also witnessed a sharp correction that took a lot of investors by surprise.

In our article, Ethereum Correcting. Until Which Price Level Is It Bullish? We have covered in details Ethereum’s price action and the levels investors should be watching. In this article, we will cover the news part and what caused the flash crash we have witnessed this month to understand the impact of some events on both the short and long term trend.

On June 12th, Ethereum’s price hit a new high above $400 to retrace shortly after. On June the 21st, though, Ethereum’s price on GDAX went from $300 to 10 cents in a matter of seconds. A large market sell order caused a sharp price decline in ETH price triggering both stop losses and margin calls, which caused the price to fall even more. 45 Milliseconds later, algos started buying back and the price climbed to $300. GDAX was halted till the issue was solved.

After explaining the incident to their users and initially declining responsibility for Ethereum’s price Crash, Coinbase’s GDAX came back later and announced that they will honor buy orders during the flash Crash but will refund clients who had margin calls and stop losses triggered by the fast price action.

On June the 25th and 26th, another Flash Crash, 20% this time and mostly due to the rumors that Vitalik Buterin, Co-founder of Ethereum, passed away in a car crash. Vitalik posted his picture and denied the rumors shortly after.

Mainstream media, as usual, saw in these Flash Crashes the End of the Ethereum bull market along with the rest of the Cryptocurrencies. Most of them mentioned that the GDAX situation is a cause for concern and that it will end the confidence investors have in Ethereum and Cryptocurrencies. This is one example from CNBC and a quick search can lead you to many similar outlooks among other mainstream news outlets.

The question that most of us are asking at this point is the following: How true is this outlook? Is this price action a legitimate cause for concern? Could it be signaling the beginning of a Bear market for Cryptocurrencies?

The short answer is: No, it’s not. Mainly because of the 3 reasons that we will discuss below.

Rumors can cause a short term drop in price but do not impact the long term price trend. If anything, they make for decent entry points.

This is the proverbial “buy the rumor, sell the news” type of situation.

One of the solutions GDAX is exploring to avoid a similar situation is the use of circuit breakers. Circuits breakers are also used in the US Stock Exchange to provide stability in situations where the market could experience excessive volatility.

Indicator 3: Ethereum is being improved continuously

Back to the CNBC article mentioned above. The main reason for their concern with cryptocurrencies following the incidents mentioned previously is that Ethereum and Cryptocurrencies might become victims of their own popularity. According to CNBC, “The digital currencies have shown they’re still unable to support widespread demand or application”.

Let’s take a closer look at the work in progress to increase ETH’s scalability to have a better understanding of how much of a concern it is or it is not.

According to Fred Ehersam, Co-founder Coinbase “I think Ethereum is the furthest along and best suited for thinking about scalability right now”. In his article, Fred has shared his findings as well as updates on the work being done by ETH Founder Vitalik and a select Team of developers to allow scaling to billions of people. Below are the upgrades the team is working on:

In this article, we looked at the main reasons for the flash crashes in Ethereum’s price in June. There were 2 reasons, the 1st one is a rumor and the 2nd one is a system’s glitch. In fact, this glitch might lead the Cryptocurrencies to trade in an environment closer to that of a conventional stock markets. We are now looking at the potential use of Circuit breakers for Cryptocurrency trading.

In short, we believe we are looking at a correction from legitimate profit taking combined with market noise. It is important nevertheless for investors trading or investing in Ethereum and Cryptocurrencies in general to understand the following:  It is still a new Technology and a new virtual money, therefore investors and traders need to be clear about their investing strategy and timeframes. They also need to know that the typical use of Stop losses and market orders might not necessarily apply. Technological issues might arise anytime again but on the long run, solving them is what’s going to make both the technology and the fiat money stronger.

We are therefore maintaining our Bullish outlook and our 2nd Price Target of $1000.