Cryptocurrencies: First Signs Of Stabilization Might Be Extremely Bullish In 2018 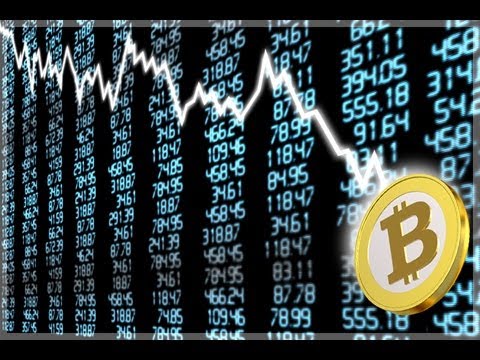 It has been a very tough time since early January for crypto investors. At the last day of last year we alerted readers as well as paid subscribers that we believed cryptocurrencies had set a major though intermediate top, in this article Ripple Rises 10-Fold In One Month. Cryptoccurencies Setting A Major Intermediate Top. Our assessment appeared to be spot-on thought the subsequent fall has been sharper than expected. Where do we stand now with cryptocurrencies and blockchain stocks?

Be that as it may the fact of the matter is that the crypto top 8 index is still in its long term rising chart pattern. Moreover, after a blip yesterday that blipped right below the channel, we are back in the channel today. The point is that as long as prices move in the rising channel there is no reason whatsoever to panic or sell, on the contrary.

In that article we looked at the op 8 cryptocurrencies index, long term chart, and observed that the index was still moving in the rising channel. In the meantime, two months later, the index has fallen outside of its channel which would be very bearish. However, we might see something totally different: the reverse replay of the major top of January as seen on below chart. 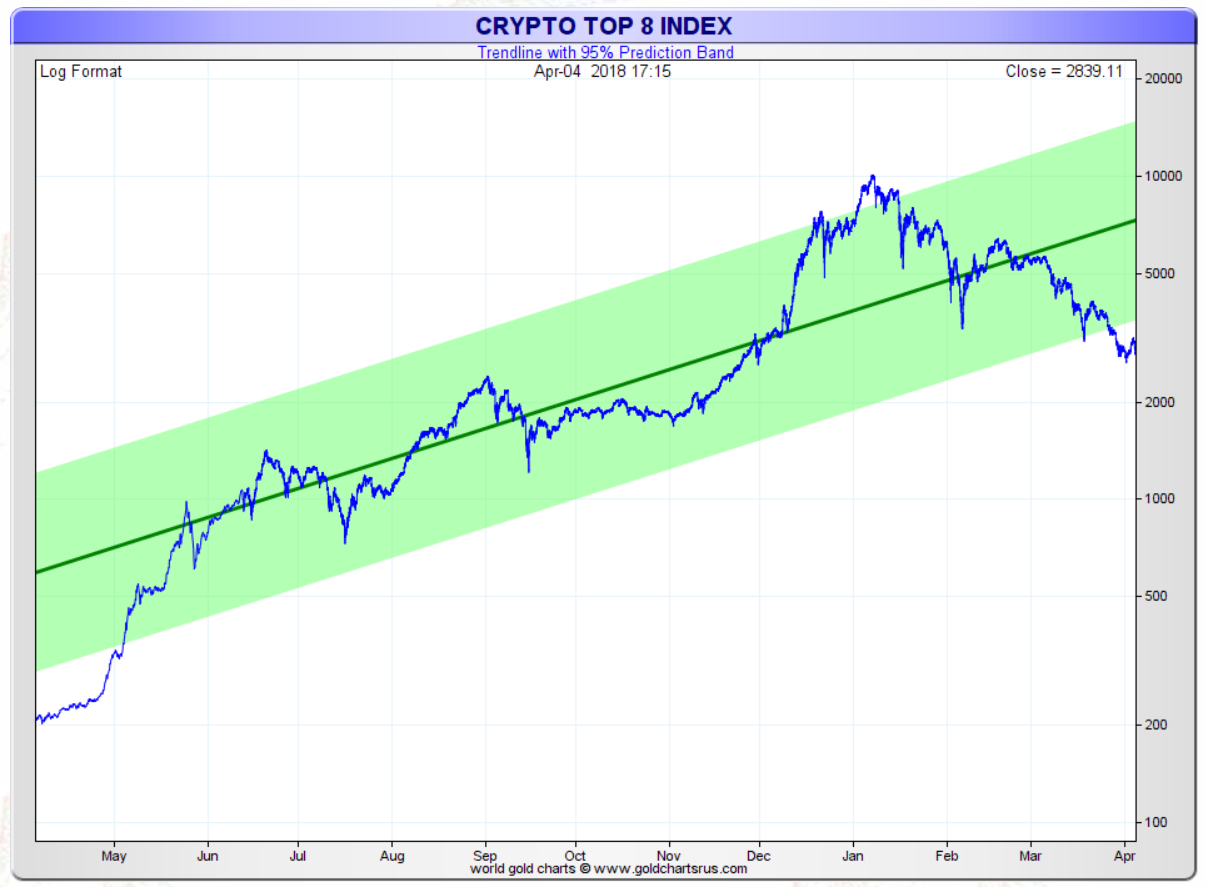 In order to get an idea whether this is a bearish or bullish sign we have to zoom in which we do on below chart. It’s the top 9 cryptocurrencies, on a very short term basis: hourly chart on a one-month timespan.

What this chart shows is the first sign of stabilization since a long time, on almost every crypto chart. We have indicated this with the red circles. The first signs of a higher low are there but they have to be confirmed.

What this means is that it may well be the case that a major bottom is set. More time is needed, though, and support can break which would send cryptocurrencies lower in the next few weeks.

However, in case current price levels hold strong, and that is a big IF, it would be extremely bullish news for crypto investors, as it would be the ultimate confirmation of our forecast that crypto would stabilize until late summer after which it would resume its uptrend.

Time will tell. One thing is sure: it is going to be a couple of very important days. This is decision time! Chart courtesy: Goldchartsrus.com 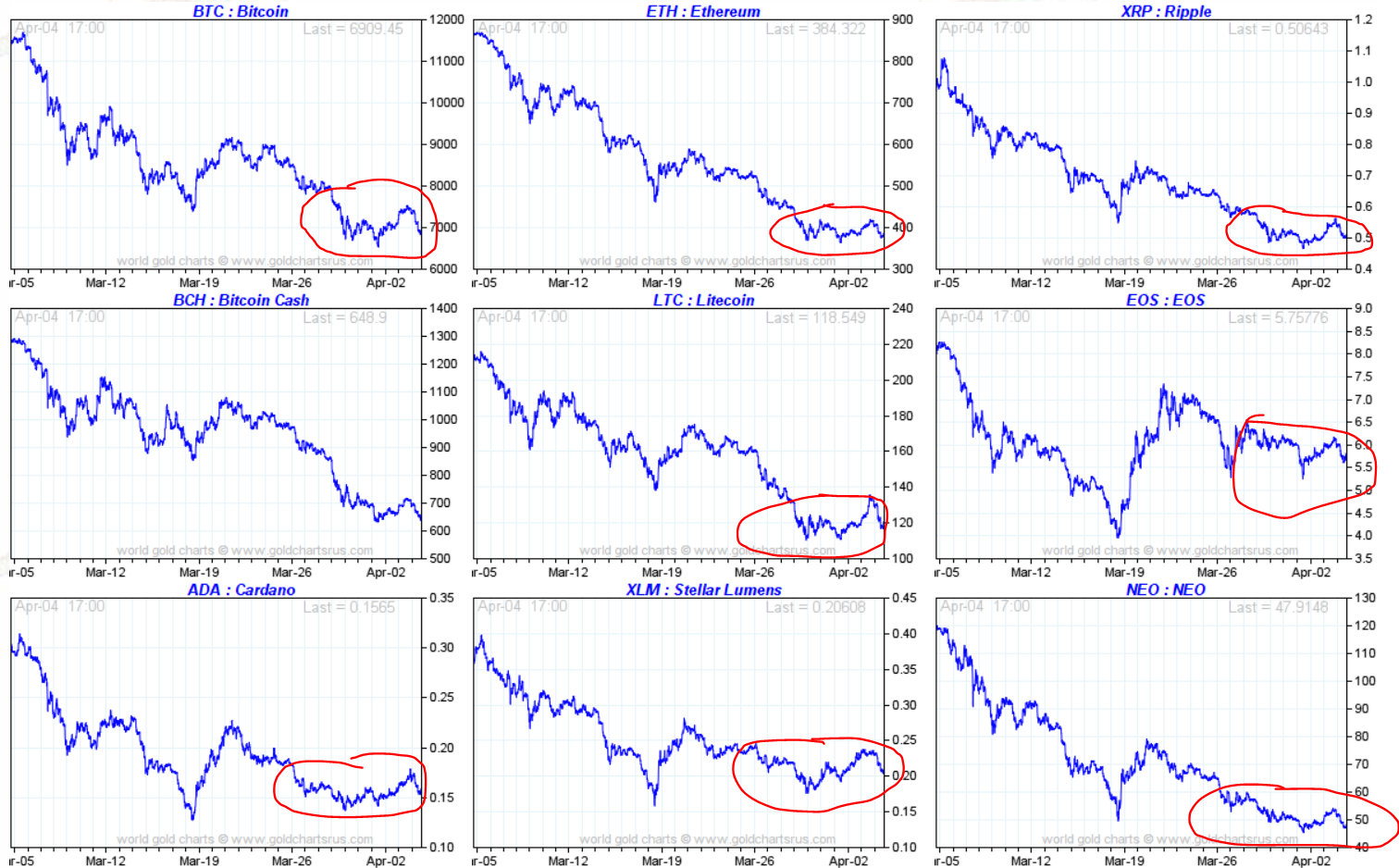