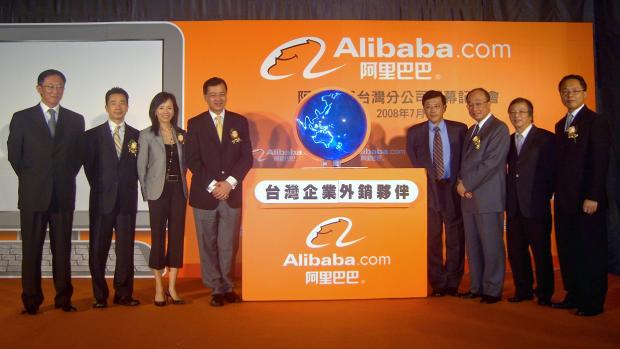 We recently covered 3 Must See Charts On China’s Stock Market Selloff in 2018 in which China’s internet stock selloff was visualized. One of the top internet China stocks, Alibaba, with an amazing market cap of $450B, has sold off similar to most other China internet stocks. This giant China internet stock is now flirting with make or break levels in 2018. We try to give pointers on a buy or sell at these levels.

In this piece mentioned above we showed the selloff in China’s stock market, the largest cap stocks in China as well as China internet stocks. It became clear how this selloff accelerated 3 weeks ago, specifically on July 23d, with a 22% decline in a matter of 3 weeks. The quote: “Visibly, KWEB has entered a strong support area. Although there is some downside … it is just 7% below current levels and we strongly believe this selloff is about to decelerate.”

So in other words what’s happening in China is that not only internet stocks, but large caps and essentially the whole stock market over there is flirting with make or break levels. Be that as it may we want to know what Alibaba looks like, one of the largest stocks in the China internet stocks group, and what to watch going forward to understand if it is a buy vs. sell.

The weekly chart of Alibaba (BABA) shows a consolidation that started in August 2017. This sideways trading becomes much more visible on the daily chart which is here.

Where is this going from here?

There might be a double top bearish pattern unfolding going forward. But which price levels to watch?

First, if BABA dives below ~164, and stays there for at least 3 consecutive days, then the breakdown will be confirmed. This will be a bearish scenario playing out!

If this were to happen then next immediate support will sit around 152, with ultimate support at 118-120 which is the the previous resistance zone.

It is clear that Alibaba is flirting with a make-or-break level in 2018.

Will this (ultra) bearish scenario play out for sure? Not that fast, it is not a given, as there is always a flip side to any story. The not-so-bearish scenario will come into play if and once the double top neckline at ~164 holds and the price of BABA reverses up. In such a scenario the base case will be that the consolidation continues.

If, and that’s a big IF, China’s stock market respects its support (SSEC monthly close above 2700) we might see a buy opportunity shaping up not only in Chinese internet stocks in general, but, more so, in BABA in particular. The market needs more time but is likely to confirm this still in 2018!