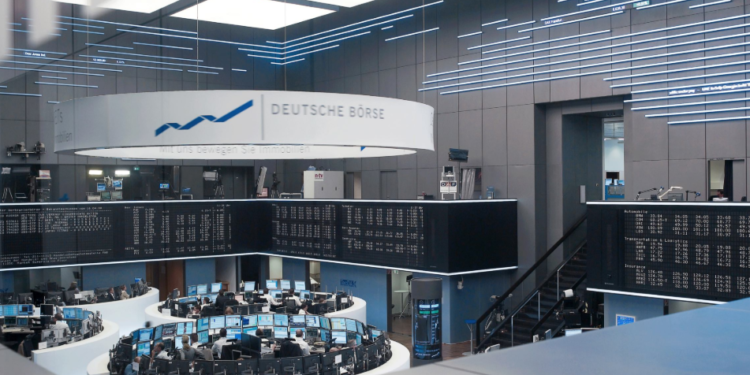 Markets are behaving in a highly unusual way. The pace of the recent decline is historic. And the multitude of historic selloffs like the one of Black Thursday followed by Black Monday is a once-in-a-generation type of event. We did post incredible volatility charts earlier today. This article features another incredible chart: support of the German DAX index. It is testing its 2000 and 2008 tops. This better holds, to avoid another 30 pct decline.

Who is going to stop this avalanche of selling? It’s a true tsunami, you better don’t get in its way.

It is unclear if and who is able to stop this powerful decline.

What is clear though is which levels are critical. We call it ‘critical support levels’ for a reason.

Take for instance the German DAX index. The monthly chart on 20 years is incredible, and so is its support level (incredibly critical).

Not only do we conclude from this chart that we are back at levels seen in 2000 and 2008, both magic years in financial markets. But also, and more importantly, do we know for sure that these levels better hold. If not there is hardly any support in the DAX until 5,000 points, the 2008 lows. This is 40 pct below today’s level.

Not only Germany, but also Europe and the entire world better pray that the DAX, a leading index for global stocks, stops declining at current levels.

Anything is possible in current market conditions. Markets fell between 32 and 42 pct in the last 6 weeks, so why not another 10 to 20 pct? This is a time to stay safe, physically as well as financially. So protection comes first, and that’s exactly how we handle our short term trade portfolio as well as our medium term Momentum Investing portfolio.