2 Juicy Opportunities In The Gaming Sector 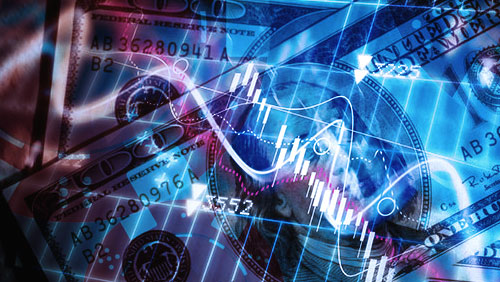 One of the top performing subsectors at a time when the great stock bull market flashes a buy signal is the Dow Jones U.S. Toys Index (DJUSTY). It is imperative for anyone’s portfolio to seek exposure to sectors, markets, commodities that show relative strength after a retracement like the one we saw in January and February of this year. Here are 2 very juicy opportunities in the the Dow Jones U.S. Toys Index.

Who does still remember the IPO of Zynga in 2011, and its fatal stock price crash that came right after. From Business Insider in 2012:

Since the IPO, investors wiped $10 billion off Zynga’s market cap. Executives and creative talent fled, as did players. New games were slow to come out. Acquisitions like OMGPOP soured. Zynga closed some of its offices and laid off employees. And Facebook and Zynga ripped up their special relationship, leaving Zynga as just one of many games makers on the social network’s platform.

That is how most cycles go: after a raging success, things come down for a market or a stock, after which everyone loses faith and nobody pays attention any longer. What this means, in market terms, is that all sellers leave the arena. So once there is a positive development there are only buyers in the arena.

Another way to look at this is the proverbial ‘the longer the base the higher the space’ which means that long consolidations tend to resolves in very powerful rallies after the breakout.

Zynga is famous for Candy Crush. Its chart shows an inverted head and shoulder bottom spread over 4 years as annotated on the chart. It is now attempting to challenge resistance of 4.3. An ability to break out of this price level would see prices jump to 5.9 by the end of 2018. Ultimately, if bulls continue to control this stock, we will see 10-11 next year or in 2020.

Never forget the bearish case: if the price reverses, and retests the neckline at ~3 with failing support, the bearish pattern will continue until a later point in time.

Note: from a fundamental perspective, Zynga is showing great results in the last 2 years as seen here.

Another gaming stock with an amazing chart setup, and good fundamentals as seen here, is Glu Mobile.

Glu started to make a huge move two years ago, and is now poised to challenge the 5.9 – 6.8 zone. The bullish case: if this resistance is breached and shown support subsequently, it will challenge 14.3 the previous resistance. The bearish case: if rejection takes place, price could retest ~3.3, and, in case this fails, it could fall to ~1.9, in which case we will see the anticipated bullish case at a later point in time.

Always do your due diligence before engaging in any transaction.