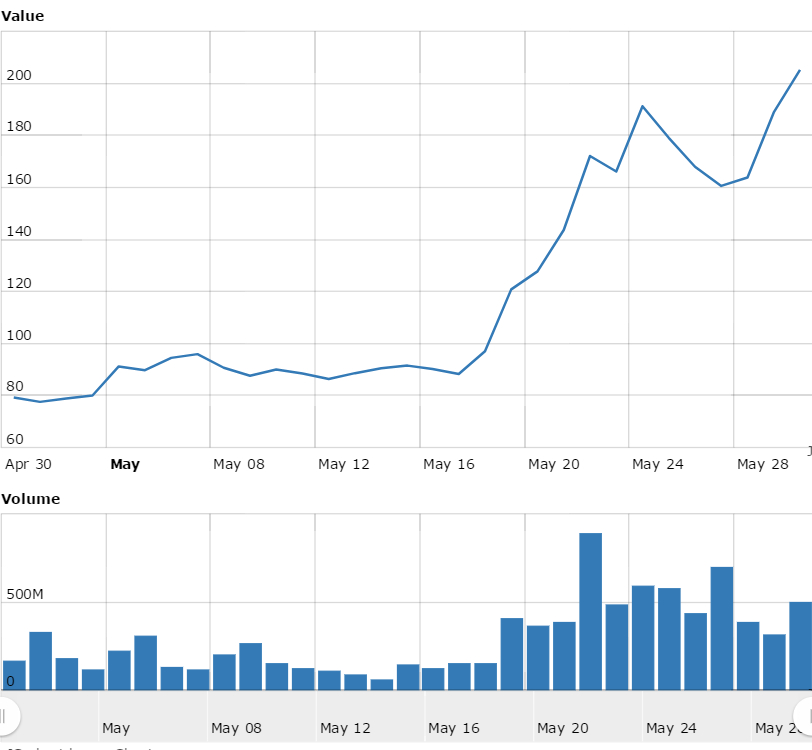 It is a fact: the price of Ethereum trades at new all-time highs. It briefly touched $213 intraday.

InvestingHaven’s research team concluded on Saturday that last week’s price drop was just a flash crash, based on price and chart analysis. It appeared to be another spot-on call.

With that, InvestingHaven’s Ethereum price forecast for 2017 is getting in sight. The forecast of $550 is only a twofold increase from current prices. We are confident that this will get accomplished later this year, even sooner than most people would think.

The important underlying driver of Ethereum’s strong price increase is really its intrinsic value. Ether is increasingly being used in decentralized applications. Moreover, interest from several countries and giant corporations keeps on expanding. These fundamental reasons were also mentioned by Investopedia in their Ethereum’s price rise article, as well as Cointelegraph in their analysis on giant Asian countries joining the Ethereum community.

Ethereum seems best positioned to profit from the ongoing cryptocurrency boom because of its wide interest and intrinsic value.

The price of Ethereum looks amazingly strong, as evidenced by the chart below. The price drop of last week is merely a blip. The breakout on May 16th was a major event, and it looks like there is much more upside potential.