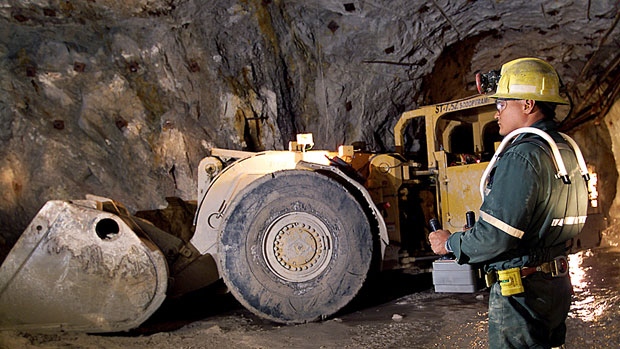 The uranium price is the key driver for both the performance and investor sentiment in the uranium sector which is a hard to predict sector.  Last year we provided our readers with our positive outlook for the uranium sector in 2018 and beyond. Today’s update is about the that events are worth noting in the sector as well as price analysis of one of our favorite sector plays: Uranium Energy Corp (UEC).

Uranium sector performance is driven by the uranium spot price

in 2017, Kazakhstan announced a significant cut in Uranium output. Later on the same year, Cameco announced production cuts and the temporary closure of 2 Uranium mines in Canada.

The significant cuts resulting from these 2 announcements are not to be underestimated as shown by the Cameco’s improved recent quarterly results. The increase in the average realized price for uranium was definitely good news for long term investors and we were not expecting to see such a quick return. However, the real positive impact is to be expected on a longer term given the way Uranium contracts are negotiated.

So far for the year, the chart below shows how the Uranium spot price is retracing after the spike towards the end of 2017. As long as it holds at or above 20 USD, it will be constructive from the Uranium sector on the longer term. So it is important when initiating positions in this sector, to pick strong players as the ability to survive in this low to non existent margin environment will be key to making good investments. 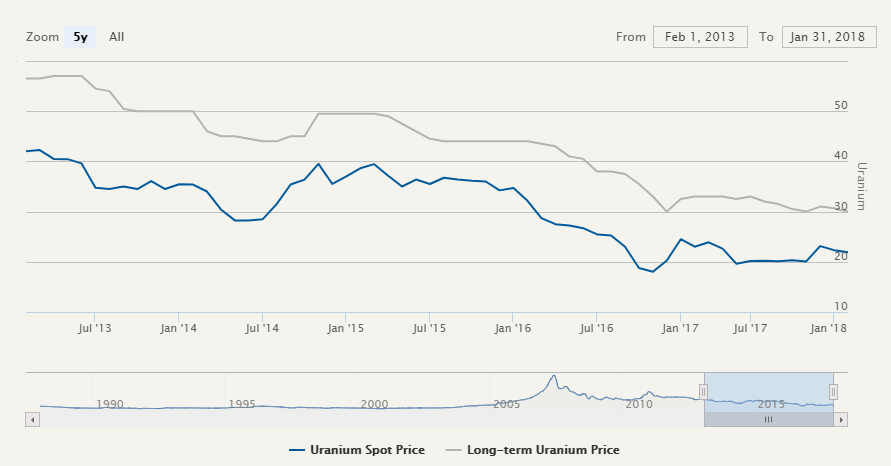 If Canadian Cameco has a strong impact on the sentiment in the sector,  A good indicator for Uranium stocks performance is the ETF URA (URA). From the chart below, we can see that there is a solid bottom formation resulting from a price consolidation that lasted for the last 2 years.

Our top selection to play this market remains UEC. As mentioned previously, we like their strategy as they have been saving most production for while now until spot prices recover. We notice now how other producers such as Cameco are following a similar path. Given how ahead they are compared to their peers, we think UEC is very well positioned to make serious profits if spot prices breakout. They recently published a letter to shareholders with a good overview of their progress as well as the Uranium mining sector.

From a price analysis perspective, note the rounding bottom in blue on UEC’s 10 year chart. So far, it is respecting the rising trendline. 1.80 to 2.00 USD is a key resistance area that once broken could lead to a solid move upwards for the price. On the other hand, a sustained drop below 1.10 USD means the price lost the ascending purple trendline.