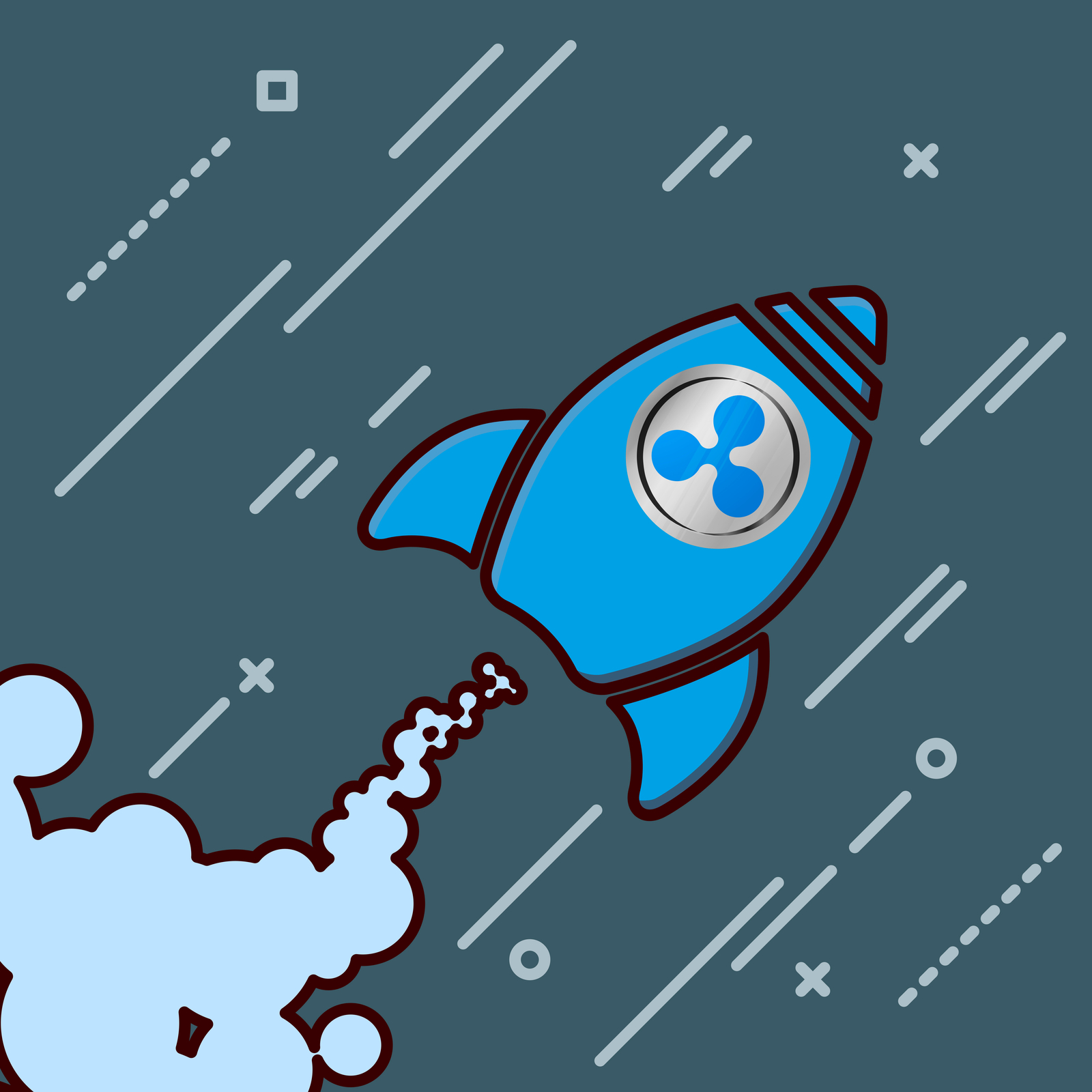 Ripple is phenomenal, and XRP will be even more phenomenal for investors over time. We continuously get the question whether XRP (XRP) will meet our XRP forecast of 20 USD which became one of our most popular cryptocurrency predictions. Our answer is YES because the stream of breath taking news around both Ripple and XRP is unstoppable: from a high potential for XRP to make it into the U.S. Fed’s new payment system to signs of XRP Adoption. This article shows amazing advancements across a variety of levels: fundamentally, commercially, adoption, customer feedback … and the chart screaming ‘buy opportunity’.

We will share one illustration per ‘dimension’ from the news stream from recent weeks just to make the point about the phenomenal advancements of both Ripple and XRP on all levels.

First, commercially, the number of institutions joining Ripple’s network, and some of them making use of XRP, seems unstoppable. The most important addition worth mentioning is Ria Money Transfer, a subsidiary of Euronet Worldwide. They joined RippleNet to enable instant, blockchain-powered global payments.

With customers in over 155 countries, more than 377,000 locations worldwide, and $40 billion in money transfer volume per year, Ria is one of the largest payment service providers in the world.

Ripple and XRP: Customers Are Delighted

Second, from a customer perspective, Saudi Arabia British Bank’s (SABB) spoke at a recent Ripple customer event for the Middle East and North Africa, and presented a client case on how they implemented Ripple and the benefits.

Note that India is a huge market because it received the most remittance volume in the world in 2018 at $79 billion. It is a critical and highly desirable corridor for many financial service providers.

SABB praised the Ripple team and technology, but said its true power lies in its network effect. They believe that this combination of the network and technology will allow them to overcome some of the shortcomings of the domestic payments network. This is critical as they look to expand its remittance business using Ripple and become one of India’s leading correspondent banks.

One of the key advantages of Ripple for SABB’s customers has been the tracking and transparency of the technology. Customers have been impressed by the ability to see when transactions are initiated and closed, a capability impossible with legacy remittance products. SABB plans to capitalize on this further by issuing SMS alert updates to customers throughout the transaction.

Readers should really try to understand the importance of this: a real-life customer advancing their business with the cutting-edge technology of Ripple. Moreover, as Ripple gains market share in that area, the network effect will start kicking in. This means each additional new participant on Ripple’s network will increase exponentially value for all other participants.

We explained this strategy in great detail in our XRP forecast, and we urge everyone to read that particular section again. We clearly see that our vision is playing out as expected!

Third, Ripple keeps on strengthening the ties with the U.S. government.

This blog post has 2 XRP news updates which are worth looking into (courtesy: XRP Community contributor Hodor).

On May 20th, Ripple’s VP of Strategic Accounts, Pat Thelen, was elected to a new payment industry organization, formed to advance the development of the U.S. Payments Infrastructure, called the “U.S. Faster Payments Council (FPC).” The official announcement lists Pat Thelen as an ‘at-large’ board member, which generally indicates that the member will have special duties as assigned by the board.

The FPC is an industry group, and they’ve stated part of their mission on their official website: 1

“Do you want a hand in shaping the future of the nation’s payments system?  The U.S.  Faster Payments Council (FPC) is a new membership organization established so Americans can safely and securely pay anyone, anywhere, at any time and with near-immediate funds availability. FPC members use private-sector approaches to address issues that inhibit adoption of faster payments, and enable end users to reach each other in ways as seamless and transparent to them as mobile texting.”

Moreover, Brad Garlinghouse gave a one-hour podcast and spoke about the banking industry. Some of the quotes worth remembering were captured by XRP Community contributor Hodor:

“There’s a small number of oligopoly, of what we call money-center banks.   They are the global banks that make money.   So Citibank made about $8 billion last year from other banks …

…  Wells Fargo is not considered a tier one money-center bank …  so it turns out, ninety-nine percent of banks love what we’re doing, because we’re democratizing something that’s controlled by a small number of banks, their competitors.

Because they have the most equity they’ve pre-funded around the world.   Citi, Deutsche Bank, JPM, these are the big kind of money-center banks that other banks use.”

Boerse Stuttgart, a large German exchange, approved the listing of ETN(s) for both XRP and Litecoin. 8   The announcement itself was exciting to hear, as it’s an indication of how crypto is ‘going mainstream’ on many traditional investing platforms.

Last but not least, as per our proprietary method which maps crypto fundamentals to chart patterns we see XRP screaming BUY OPPORTUNITY.

The particular chart we are looking at here is the relative strength chart of XRP to Bitcoin.

As seen on the chart it is the 3d time in +2 years that XRP trades at support levels of the rising trend channel. Each and every time in the 2 previous instances it offered an amazing BUY opportunity for crypto investors who got into XRP. Their returns were multi-fold.

At InvestingHaven, we track this as well as several dozens of other crypto charts on different timeframes in order to identify the best buy opportunities. We have one, and only one, objective for our premium members: maximize their profits with calculated risk.

So far, the returns from our BUY calls flashed on February 25th, 2019 as well as April 2nd, 2019 are breath taking. Several cryptocurrencies are up 3 to 4 fold. The unstoppable stream of THANK YOU emails is what we are doing it for, and we are grateful that we can help members maximize their profits.