Dow Theory: Is The US Stock Market Record Bull Run About to End In 2019? 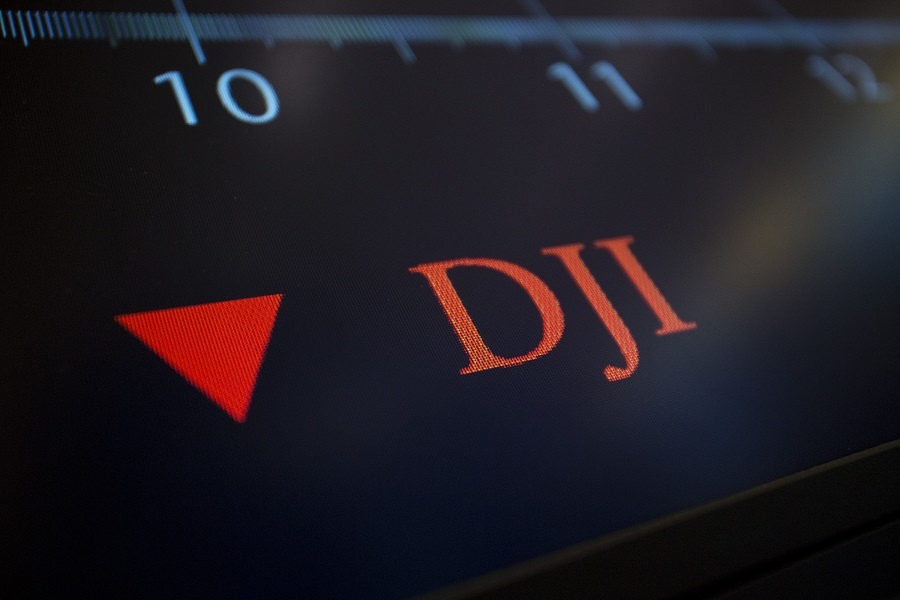 Since the first week of October many investors were caught by surprise with the global market volatility. Although the picture looks better now than 4 weeks ago the market still needs more work in order to confirm it wants to go higher. Is the US stock market record bull run about to end in 2019? Likely not, given data at this point in time, as provided by both the long term Dow Jones chart on 20 years (DJI) as well as the Dow Theory. The latter is the focus of this article.

Note: this article looks at the answer on the question whether the US stock market record bull run is about to end based on chart analysis. We don’t look at fundamentals. We will follow in the next few days with additional evidence on the same question, and it will be posted in our 2019 market forecasts section.

The DOW Theory is one way for analysts and investors to gauge the strength and reliability of a particular market move. The Dow Theory looks into the performance of the Dow Jones Industrial and the Dow Jones Transportation indexes. If both indexes are moving in a similar direction, the current stock market move is likely to continue. If  the two indexes start diverging, a reversal in the current market direction is likely to happen.

Between October and November 2018, we are seeing most investors wondering if the US stock market record bull run will continue or if it came to an end. That’s why this is an appropriate time to revisit a few indicators to see what the DOW theory is pointing towards. This is also a good starting point for now as we will be sharing a more thorough review of key intermarket indicators later on this month.

Earlier this year, we were successful in pointing out to our readers how the sell off that happened earlier in 2018 was a healthy correction and that the US stock market strength was heading towards a continuation of the uptrend:

As we look at the up to date weekly chart for the DOW Jones Transportation, we note the following: 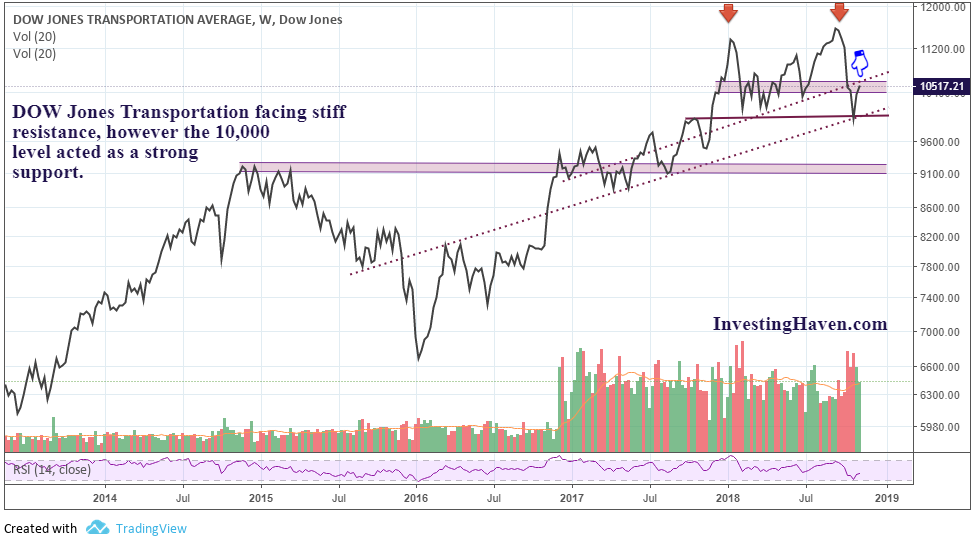 The Dow Jones Industrial Average is showing a similar set up where there is a potential for a double top breakout which could be extremely Bullish. It also shows that we could see the market take a breather and move in a sideways fashion prior to choosing a direction.

US stock market record bull run about the end going into 2019?

All in all, there is no notable divergence for now between both indices. The likelihood for the upcoming months is a sideways movement as per the annotated charts. So far, there is substantial support levels that exclude the potential of a stock market crash and significant overhead resistance that indicates a likely sideways movement.

Therefore, to answer our initial question: Is The US Stock Market Record Bull Run About to End? No, there is no solid indication of it topping at this point in time. If and when conditions will change we may have to revise our viewpoint as we always need to keep an open mind on changes.

We are looking at a consolidation period which will lead eventually to either a continuation of the Bullish move. Otherwise, lower levels might be revisited. This is inline with the findings published in our recent article stating that the upcoming months will be the most important months for equities in this decade.

Since the conclusion in this article is based on the Dow theory solely, which we tend to consider as a validation method rather than a leading indicator, our  research team will be providing an updated forecast which will include leading indicators. Stay tuned. 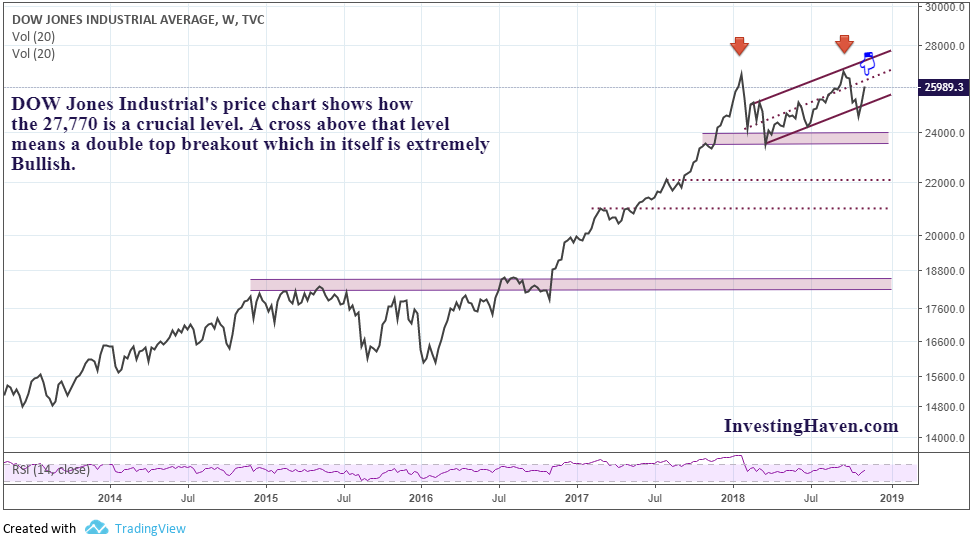