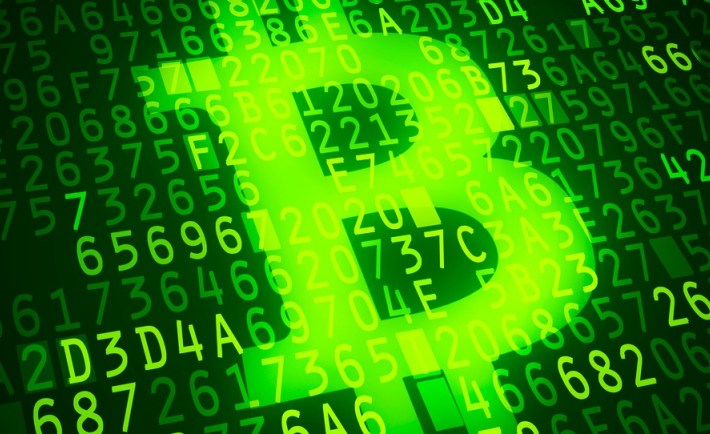 Bitcoin as we knew it split into 2 Cryptocurrencies on August 1st 2017. A major event in the Crypto world as the debate over the technical side to Bitcoin’s upgrade lasted for months and the outcome so far is a game changer for sure. Today, we have a brand new Cryptocurrency called Bitcoin Cash and it is a direct outcome of this long lasting debate.

After writing about the potential of Bitcoin splitting and what investors need to know about the possible fork, today we will provide an overview of the first week in the life of this new Cryptocurrency as well as what’s happening with Bitcoin as their prices are definitely intertwined.

Bitcoin Cash’s price after the split

Bitcoin cash’s price reached a high of $727 on Wednesday August the 2nd and started falling afterwards. Among the reasons impacting the price action:

The chart below shows clearly how the price reached a peak on Wednesday and dropping since. Is the honeymoon already over? Possible.

Here are the 2 key factors we believe will make the biggest positive difference for this new Altcoin: 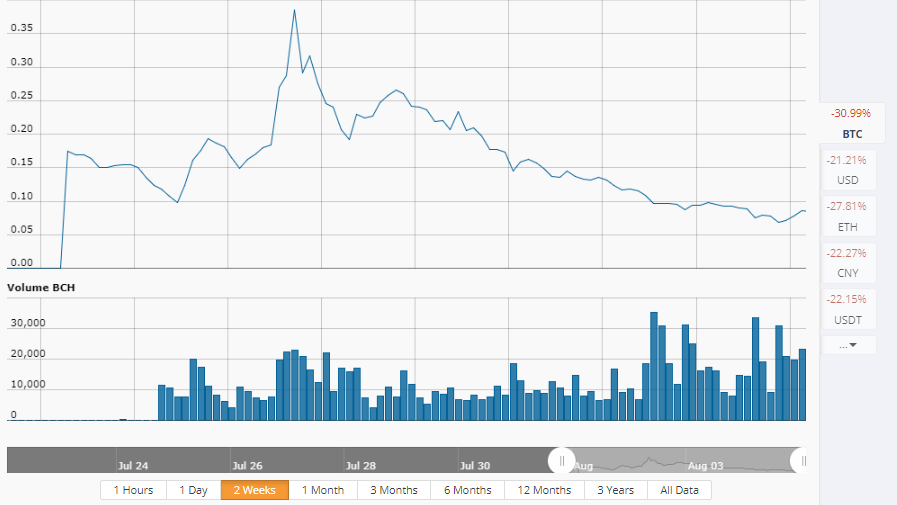 Bitcoin’s price after the split

Bitcoin’s price held up pretty well before and after the split. As we can see from the chart below, it dropped slightly below $2500 and was able to make up the losses rather quickly during the same week. As Bitcoin Cash’s price keeps dropping, the opposite is happening with Bitcoin core. 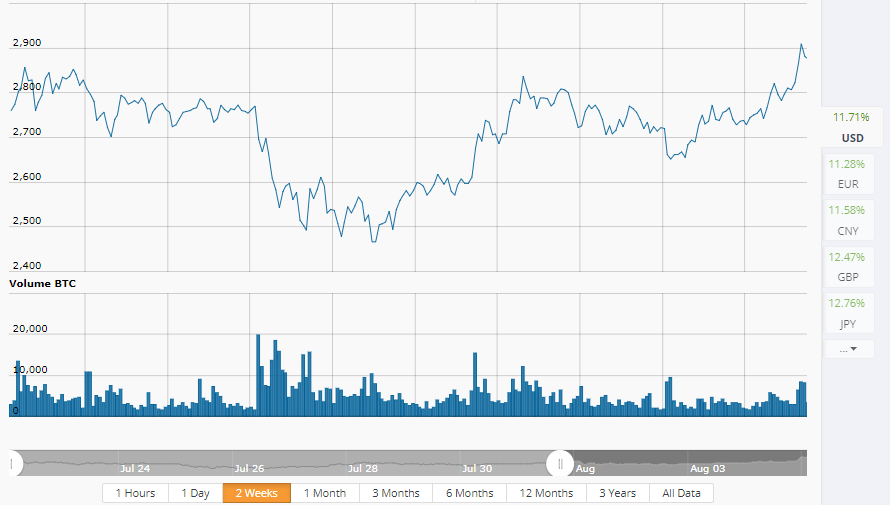 The following charts by CoinMarketCap shows clearly the drop of Bitcoin Cash below $400 after the peak above $10B in market cap.

So far, it’s unclear if Bitcoin Cash is set for success of failure but one thing is for sure: The window for this new cryptocurrency to make a strong impression on investors and the Bitcoin community is very small and they need fast adoption by the players mentioned above as well as exchanges and wallets to survive.