7 Trends that have Defined the Venture Capital Field in 2019 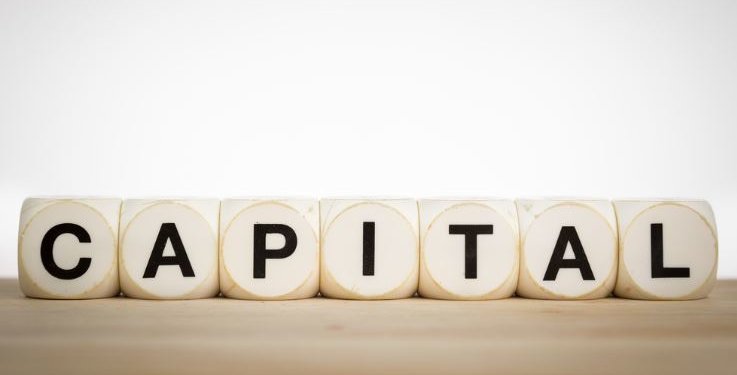 The venture capital is nebulous to outsiders who only know that it involves a massive amount of money. In 2018, competition for venture capital became intense, with a lot of competition from new players, especially in the crowdfunding scene. Yet the number of venture deals and fund sizes grew. A number of new tech companies went public. Diversity became a new focus in venture capital. And the industry continues to evolve. Here are seven trends that have defined the venture capital field in 2019.

In 2018, the average venture fund size increased to 80 million dollars. In contrast, the average fund was 40 to 50 million five years ago. However, funds at all levels are growing rapidly. There was a record number of billion-dollar venture capital funds in 2018, too, a trend that continued to grow through 2019.

The Increasing Demand for MBAs

Many MBA students hope to start their own company or move into management with their current employer. However, MBAs are also the door to working in private equity in venture capital. For example, most capital venture partners have an MBA. Their MBA allows them to have a better holistic view of companies, calculate assets and liability, forecast better, and read spreadsheets better as well.

This demand has also pushed more to get an MBA through alternative means. Those who want to get into this industry can get their MBA online, for instance. You learn everything you need to manage your own business, and it prepares you to work in positions from marketing to finance to operations. This allows you to earn a decent living and get more experience while searching for the rare openings in venture capital. Yet the MBA program gives you the network to help find those limited, lucrative positions.

The Need for Flexibility

Venture capital firms are starting to become more flexible and also have to readjust their strategy. They must do so because so many of the “unicorns”, the next generation of big tech firms like Dropbox and DocuSign, have already gone public. Uber and Lyft already had their exit. Instead of going into larger and larger rounds, they’ll need to shift to early-stage companies that are starved for capital.

In order to succeed, venture capital funds saw the need to become more flexible in their offering terms. More choose to invest in firms that aren’t such a fit with their portfolio, allowing firms to seek funding from channels other than the primary venture capital investor, setting lower standards for conversions and redemption rights or not setting such high goals overall. We also saw venture capital funds return to its roots, investing in companies at the earliest stages, and getting them through the toughest stages in their development.

Other firms had to find new technological niches to productively invest in. Artificial intelligence, automation, medical technology, and financial technology are opportunities for investment by VCs. However, they are still largely unknown by many. The challenge for venture capitalists is that these emerging areas are much more capital intensive than prior Big Tech “unicorns”. The increased size of VC deals is one reason why there were fewer of them in 2019.

The Adoption of Technology

Venture capital firms are adopting technology, and this isn’t with regard to a preference for investing in the next Big Tech firm. For example, they’re building better data rooms and investing in tech to streamline data due diligence and data analysis. Big data is getting embraced by venture capital firms more than ever. They are emphasizing data-driven decisions to eliminate bias and find hidden opportunities. In fact, they are already starting to use AI technology to run many analyses and find companies that are key investment opportunities, and we can only expect this trend to grow.

The Impact of Diversity Initiatives

Venture capital is becoming more diverse in 2019. Less than ten percent of leadership roles in VC are held by women, though it grew from roughly 9 percent to 9.5 percent in 2019. There is a definite push for even more women in venture capital. And it is the three-quarters of major firms without female senior partners that are under the greatest pressure to change.

The Expansion of Direct Listings

In 2019, Spotify posted available shares with the NYSE and let the market decide the value of those shares. It was what the industry calls a direct listing. The direct listing allowed the company to cut out underwriters, and venture capital investors didn’t have their investments diluted by institutional investors. The direct listing was a resounding success because of their brand recognition and strong cash flow, in stark contrast to predictions from the industry experts who expected it to fail. There are now other companies considering direct listings. This will be a major change in the venture capital industry.

The Evolution of Startups Themselves

Venture capital funds may see their valuations swell, but they’re funding fewer deals. This is forcing startups to fight and find ways to differentiate themselves. They’re starting to adopt a holding company model to lower costs. Others are partnering with wholesalers to lower the cost of acquiring customers. All of this is part of the new emphasis on scalable, sustainable business models with better odds of success. This is in part because venture capitalists want to invest in firms that succeed, not just have a massive IPO and crash a few months later. This approach by startups has the side benefit of improving their profitability without relying as much on venture capital. This trend won’t make venture capital obsolete, but it gives the startups more flexibility regarding when or if they want VC. They can tap into more diverse sources of funding from international investors to the internet.