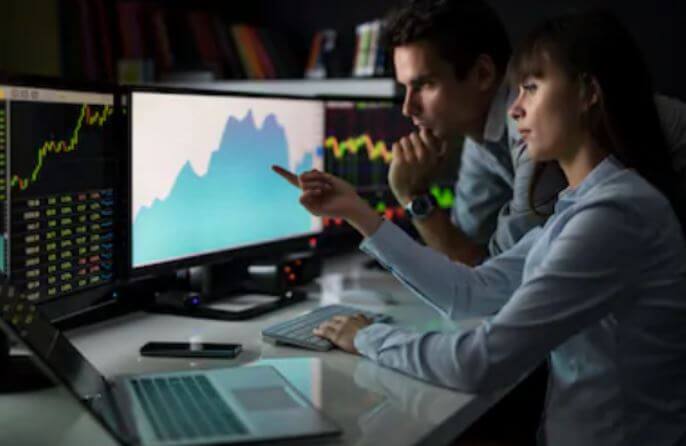 Bollinger Bands are technical indicators used hugely in predicting the future behavior of the price chart. The indicator typically comprises of standard deviations and a moving average that forms a channel around an asset’s price movements.

Bollinger bands are essential in identifying the direction of a trend, monitoring volatility and spot potential reversals. With this data, stocks, options, and CFDs traders can make better decisions while trading.

There’s no shortcut. You need to select a setting that aligns with the techniques you’re using in trading a certain asset. However, Bollinger bands can help you make smarter trades as they work with CFDs across multiple assets.

Bollinger bands can help you evaluate the strength of an asset’s uptrend and when it’s potentially reversing or losing strength. Using this information, you can then make more informed trading decisions. So, how do you implement Bollinger Bands while trading in an uptrend?

A strong uptrend price of an asset will touch the upper band or run along it during higher impulse waves. Conversely, it’s a clear indication of the uptrend losing momentum. An uptrend that touches the upper band most traders use the chance to make a buy decision.

On the other hand, if the price in a powerful uptrend touches the lower band, it’s a great indication of a reversal.

Bollinger bands can also be helpful when evaluating how strongly an asset is falling and also when it’s potentially reversing on an upside trend.

In a strong downtrend, the price tends to touch or even run along the lower band. This shows a strong selling activity. If it doesn’t, that shows a loss in momentum of the downtrend.

When the price pulls back within a strong downtrend, the pullback highs will appear near or below the moving average line. If the pullback moves back to the lower band, it does show great downtrend strength. A strong downtrend price shouldn’t break above the upper band. But when it does, it shows a reversal in the trend.